The story was published in 2019

The Sun have paid substantial damages to England cricketer Ben Stokes and his mother, Deborah, after it published a front page story about a family tragedy in 2019.

The story, headlined 'tragedy that haunts Stokes’ family', was published in 2019 after a summer in which Stokes had been England's hero at both the World Cup and the Ashes. 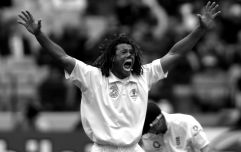 END_OF_DOCUMENT_TOKEN_TO_BE_REPLACED

His superstardom saw him all over the newspapers for the right reasons, but this story crossed a line that his family weren't willing to accept.

His mother Deborah said they took legal action to prevent other people from suffering the same fate and having their privacy invaded, but that she and her son take no pleasure from reaching a settlement.

The Sun have also apologised to the Stokes family, paid their legal costs, and issued a statement admitting the story should never have gone live.

Deborah Stokes said: "The decision to publish this article was a decision to expose, and to profit from exposing, intensely private and painful matters within our family. The suffering caused to our family by the publication of this article is something we cannot forgive. 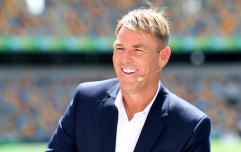 END_OF_DOCUMENT_TOKEN_TO_BE_REPLACED

"Ben and I can take no pleasure in concluding this settlement with the Sun. We can only hope that our actions in holding the paper to account will leave a lasting mark, and one that will contribute to prevent other families from having to suffer the same pain as was inflicted on our family by this article."

The case has been ongoing for two years, with The Sun originally refuting the Stokes' privacy claim, saying the information they printed was available in public archives in New Zealand. But the tabloid recently changed tack and has now issued a public apology.

The Sun’s statement read: "On 17 September 2019 we published a story titled ‘Tragedy that Haunts Stokes’ Family’ which described a tragic incident that had occurred to Deborah Stokes, the mother of Ben Stokes, in New Zealand in 1988. The article caused great distress to the Stokes family, and especially to Deborah Stokes. We should not have published the article. We apologise to Deborah and Ben Stokes. We have agreed to pay them damages and their legal costs."