Anthony Joshua came in at the heaviest weight in his career on Friday but don't confuse added weight with excess fat.

Because 'AJ' has also never looked better ahead of a fight, as he puts the finishing touches on his preparations for Saturday night's Wembley meeting with Wladimir Klitschko.

The London 2012 gold medallist has come out the other end of a gruelling training camp with a smile on his face, showing no signs of the genuine pressure that exists in his showdown with Klitschko.

A win for Joshua will justify the unprecedented levels of hype that he's enjoyed since turning professional in 2013 while a defeat will prove right the many detractors who claim that a test as daunting as Klitschko is coming too soon for the 27-year-old.

But Joshua is prepared.

The hours have been put in in the gym and the discipline has been maintained with his diet.

Throughout training camp, Joshua has stuck to a specific nutrition plan which saw him take in between 4,000 and 5,000 calories a day.

"Even though he can eat a large amount of food it has to be good quality — we can’t fuel him on junk," Joshua's performance nutritionist, Mark Ellison, told the Times.

"So every Monday I go to the local butchers and greengrocers in Sheffield to collect his food for the week. At the butchers I’ll get ten large free range chicken breasts, which are better quality than you get in the supermarket. One breast from there is probably the size of two from the supermarket.

I’ll also get two large pieces of lamb fillet and the same for fillet steak — each of those two servings is actually one serving for him. He has limited time in between training sessions and he’s a huge guy so to hit our targets we have to put two fillets or chicken breasts into one meal."

END_OF_DOCUMENT_TOKEN_TO_BE_REPLACED

"We used an organic greengrocer for this camp but that’s something we’ve been able to afford only for the last couple of fights," he added. "You don’t need to have expensive organic food — tinned and frozen vegetables are often just as good — but if you’ve got the money then why not? It’s good for the environment."

Ellison, who also works with players from Manchester United, has designed a particular diet plan for Joshua which has changed throughout the course of the fighter's camp as different stages of preparation have required different nutritional necessities.

"We buy everything that’s seasonal as well as loads of sweet potato and rice — we get through a couple of bags of rice a week," Ellison continued. "A lot of his vegetable intake will go into smoothies, which we use to get more calories into him because it’s not actually that easy to eat 4-5,000 calories of healthy food.

"During the London Olympics he weighed in around 106kg (about 16st 10lb). Before his last fight against Eric Molina he weighed 113kg and I expect he’ll be the same this time — maybe a bit bigger. That extra weight is mostly muscle but a bit of body fat as well.

"He was super lean in London — the amateurs train three times a day whereas as a professional he trains twice a day. The intensity is a bit lower but the total volume of work is a bit higher because he’s training for 12, three minute rounds as opposed to three, three minute rounds."

So, meal for meal, what does Joshua's diet entail?

Breakfast (eaten before an early morning session): Large smoothie with yoghurt, fruit, porridge oats and milk. *A few times a week, Joshua's first session of the day will be done on an empty stomach.

Second breakfast (eaten after training): Up to five eggs with wholemeal bread, 500ml of apple juice. Will sometimes add smoked salmon or avocado. 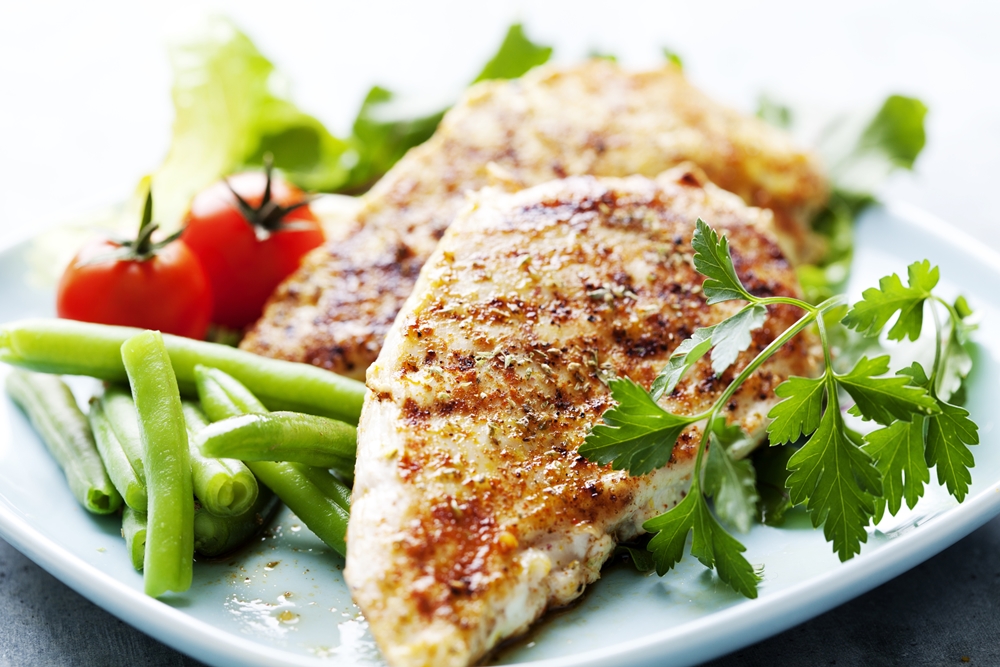 Supper (eaten before bed): Nuts and yoghurt with honey.

So there you have it... Do you have the stomach/wallet to be able to eat like 'AJ'?


popular
QUIZ: Name every player that's scored three or more Premier League hat-tricks
The SportsJOE 12 o'clock quiz | Day 110
"Some of the guys have put a lot into it" - Felipe Contepomi confident Leinster can start fast
'ROG was the kingpin... he just wanted to win, win, win' - Barry Murphy
The SportsJOE 12 o'clock quiz | Day 109
What Leinster's strongest XV looks like when everyone is available
The SportsJOE 12 o'clock quiz | Day 107
You may also like
7 months ago
"There's no excuses. The partying got the best of me" - Andy Ruiz
1 year ago
Boxing promoter Lou DiBella on why we rarely get to see the fights we want
1 year ago
Does your body shape really dictate how fit you are?
1 year ago
Deontay Wilder rips Eddie Hearn for 'milking' Anthony Joshua
1 year ago
Eddie Hearn provides rough timeline for Anthony Joshua and Andy Ruiz rematch
1 year ago
Deontay Wilder lays into Anthony Joshua after his defeat to Andy Ruiz Jr
Next Page