We suspected as much on Wednesday but news has officially arrived that the Russian boxer will not fight again at Rio 2016.

The 26-year-old was due to take on America's Shakur Stevenson in a last four bout that would have guaranteed him at least a silver. Instead, he has withdrawn from the contest under medical advice and picks up as bronze medal on his way.

Nikitin sustained a nasty head wound in his win over Thailand's Chatchai Butdee in the preliminaries. That wound was reopened early doors into his controversial, unanimous victory over Conlan. 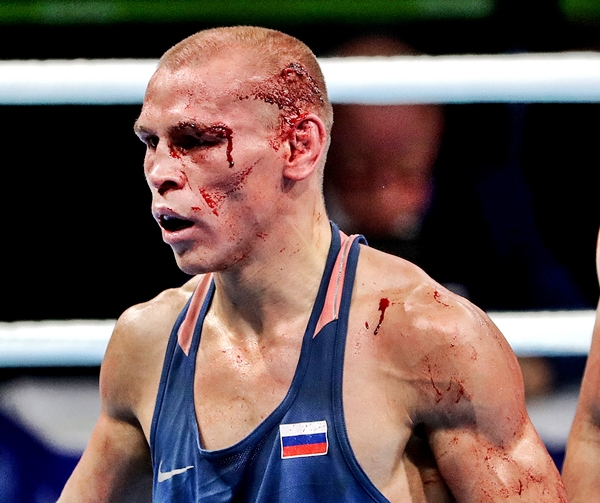 END_OF_DOCUMENT_TOKEN_TO_BE_REPLACED

It is another bitter pill for the Belfast boxer to take after all three judges ended his Olympic dream by going against him.

Nikitin's withdrawal now means Stevenson, who is coached by Billy Walsh, will get a silver medal at least. For Walsh, the fact that Conlan won't face Stevenson is bittersweet:

END_OF_DOCUMENT_TOKEN_TO_BE_REPLACED

"Best boxers should meet at the Olympics. One of the best [Conlan] has been denied his chance by poor judging."


popular
"He rode him like a machine rather than a racehorse" - Mullins doesn't spare Townend as second string come good
"Remember that name" - Sonny Bill Williams raves about Ireland U20 star after outrageous try assist
Matt Williams wants two changes and Peter O'Mahony benched for Ireland vs. France
Peter O'Mahony reaction to Liam Williams scuffle shows he may finally be mellowing
Ireland vs Wales: All the big talking points, moments and player ratings
Warren Gatland says Andrew Porter needs 'kick up backside' after flashpoint tackle
Two changes as familiar faces return to our Ireland team to face France
You may also like
4 years ago
Military coups, AK47s and gold medals - the remarkable story of how Ben Ryan guided Fiji to Olympic Sevens glory
5 years ago
Michael Conlan's embracing the lowest point of his career and making it his own
6 years ago
Ireland loses Olympic sailor Saskia Tidey to Team GB ahead of Tokyo 2020
6 years ago
It seems there was just one problem with O'Donovan brothers' appearance on Graham Norton
6 years ago
WATCH: O'Donovan brothers had a Hollywood actress entranced on The Graham Norton Show
6 years ago
WATCH: Ireland's bittersweet sporting year summed up perfectly by top betting surprises
Next Page