In his return to the ring two weeks ago, The Tipperary Tornado needed less than five minutes to see off Sandor Micsko and he's already discussing his next fight. 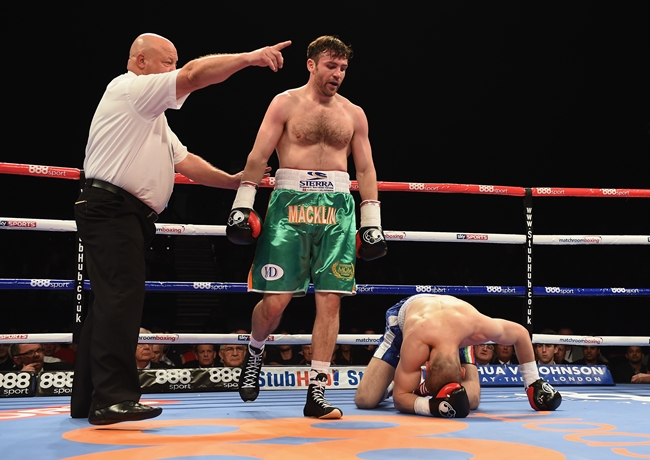 “There is no news on the Jacobs front but there is now talk of fighting Chavez Jr.

"But that fight would have to be up near 168lbs and I would only really be 168lbs on the night of the fight whereas he would put on 20lbs overnight. At middleweight I would love that fight but I don’t really want to venture up to super-middleweight so we will see what happens.

"I would consider giving him a few pounds. Listen if he could meet me halfway, maybe at 164lbs, I would go for it but to go up to 168lbs, I’ve giving a lot of an advantage away.

"I think it would be a physical fight as well but let’s see what happens in the next few days."

Chavez is coming off a loss after being stopped by Andrzej Fonfara last month and Macklin believes that the Polish fighter was a strange opponent for Chavez to take.

"I didn’t see the fight but I know Fonfara is a decent fighter. He had Adonis Stevenson down and he’s a tough, big light-heavyweight.

"I thought it was a strange fight for Chavez to take anyway considering it was his most successful stint as world middleweight champion.

"Obviously he came a cropper and now he needs to rebuild and he’s looking for a smaller guy, someone like me who is a decent-sized middleweight but not massive.

"I’m open to anything, it is a big fight and if he is still killing himself to get down to super-middleweight then actually what is an advantage in size becomes a disadvantage.

"When they come back to us this week we will see what they say and weigh things up." 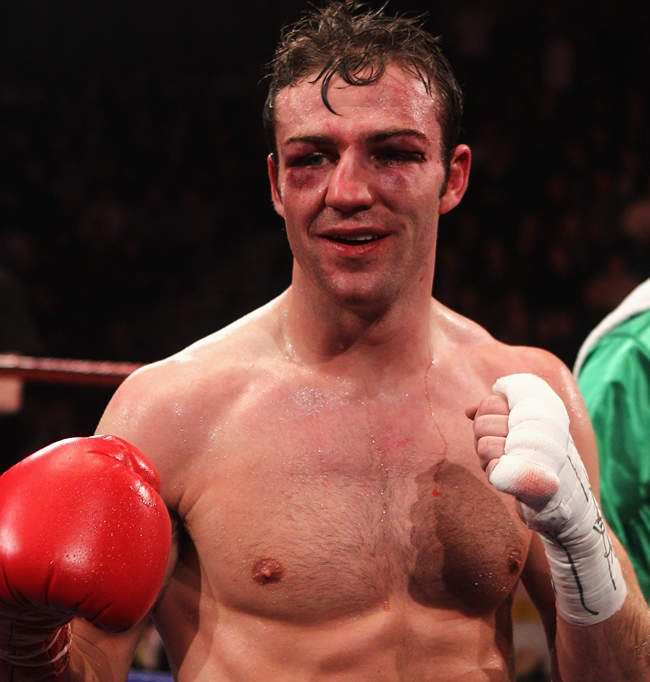 "There have been a lot of discussions about Chavez-Macklin, I love the fight, but the problem is the weight.

"It’s a lot of money and it’s tempting but we’re not sure. It’s all about money at the end of the day and you saw Ricky Burns fight Figueroa, who was probably two or three pounds outside where he would liked to have been.

"Jacobs was a fight was a fight he really wants, there is Peter Quillin and Andy Lee too but when a Chavez fight comes up you have to think about it."

We'll be following this one closely.


popular
The FootballJOE Qatar World Cup 2022 Geography Quiz
From Ireland to Argentina: Alexis Mac Allister's Irish roots explained
World Cup 2022 Day 12: All the major action and talking points
France demand FIFA change result of World Cup defeat over 'rule break'
Cristiano Ronaldo 'agrees £173m-a-year deal' with Saudi club
Damien Duff makes 'brutally honest' England World Cup prediction after Wales win
Castleknock's Warnock the hero as Maynooth win first ever Ryan Cup final
You may also like
6 years ago
James McClean gets fighting fit for new season as he goes through pad work with Matthew Macklin
6 years ago
Relive the bravest three minutes of Matthew Macklin's courageous career
7 years ago
VIDEO: Matthew Macklin returned to action tonight with a second round KO
7 years ago
Matthew Macklin reveals he was caught up in Garda raid on Dublin apartment
7 years ago
VIDEO: Matthew Macklin talks exclusively to SportsJOE about his upcoming fight and how close he was to retirement
7 years ago
Matthew Macklin tells us he's 'excited to get back on track' with fight in May
Next Page