It's the fight Andy Lee has always wanted.

The Irishman will defend his WBO middleweight world title against Billy Joe Saunders at Thomond Park this September. According to the Irish Independent, who are quoting sources in Limerick, the venue will host the bout between the pair, with just minor details to be ironed out.

Lee's coach and manager Adam Booth has reportedly convinced promoter Frank Warren to stage the fight in Lee's hometown and at Munster's famous stadium. Thomond Park can hold up to 25,000.

END_OF_DOCUMENT_TOKEN_TO_BE_REPLACED

The middleweight won the world title last December, upsetting unbeaten Russian Matt Korabov at Madison Square Garden, before earning a draw against Peter Quillin in a non-title bout last April. The fight was scheduled to be for Lee's title, but was downgraded following Quillin's failure to make the weight. 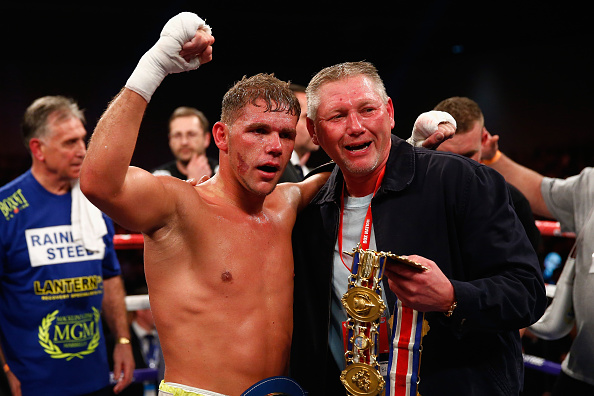 Saunders is the mandatory challenger and has had an impressive pro career thus far. The 25 year old remains unbeaten and has won 11 of his 21 bouts by knockout. 31 year old Lee has won 34 of 37 fights, 24 by knockout.

If the fight goes ahead it has the potential to be the most exciting world title bout in Ireland since Steve Collins beat Chris Eubank in Millstreet, Cork 20 years ago for the same title.

Update. Promoter Frank Warren has denied claims that the fight has be confirmed for Thomond Park, releasing the following statement:

Following reports in the media this morning (Friday 19th June) that the Andy Lee v Billy Joe Saunders WBO World Middleweight title fight will take place on September 19 at Thomond Park in Ireland, promoter Frank Warren has confirmed that these reports are incorrect.
The date and venue for the highly anticipated showdown have not been confirmed yet and are subject to ongoing negotiations. It can be confirmed that the fight will take place in September with venues in London and Ireland under consideration.
Mr. Warren and Adam Booth, Lee’s manager, are in advanced discussions and will announce details in due course once finalised.

So no deal done yet, but it still might go ahead at the Munster ground. Hopefully.