"I've had plenty of stick from Munster fans, over the years!"

Having played more than 400 games for club(s) and country, Charlie Hodgson says he heard it all, over the course of his career. For good reason, though, trips to Thomond Park always stood out.

The former England and Lions outhalf shared his club career with Sale Sharks, first, then Saracens, and won three Premiership titles and a European Cup, along with a 2003 Six Nations.

END_OF_DOCUMENT_TOKEN_TO_BE_REPLACED

Hodgson was speaking with us this week as he helped preview this Saturday's Gallagher Premiership Final, between Leicester Tigers and his old Sarries club, at Twickenham, with BT Sport coverage starting from 2pm. During our chat, he recalled Heineken Cup run-ins with Munster, the form of George Ford and the evergreen "annoying shit" Danny Care.

Reminded of some 'CHAAAAAARRLLIIEEEEEE' heckles from Munster supporters, when he was playing against them, with Sale, Hodgson comments:

"I've had plenty of stick from Munster fans, over the years. That fan was one of about 30,000 people that have abused me, in their time.

"Everywhere you went was always a little different. When you went to France, you tended to be met with the same reception - a lot of booing and whistling.

"Speaking of Munster, though, that was probably one of the strangest environments to go and play at, given the silence when it came to goal-kicking, because it is so different. It's so different to anything you'll ever experience. You're so used to getting jeered and booed but when you can hear a pin drop, at Thomond Park, it's the most eerie thing about the whole thing.

"But it's an unbelievably special place. The noise that is created there is just incredible. It was always one of those things, when I knew I was going to retire, I said I always wanted to go watch a European Cup game at Thomond Park, because the atmosphere that is generated there is incredible." 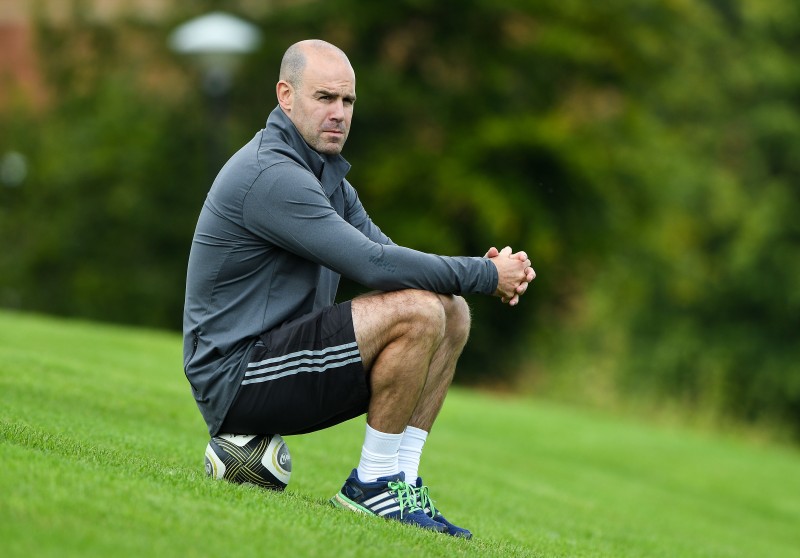 Saracens vs. Leicester, for the title

END_OF_DOCUMENT_TOKEN_TO_BE_REPLACED

Insisting he has put past club associations to one side, Charlie Hodgson gives Saracens the edge, over Leicester Tigers, for this keenly anticipated Premiership Final.

"That's purely on the fact," he says, "that they have a point to prove, given their recent history [getting promoted, last summer]. And you look across the team and see them with big experience from playing in big finals."

END_OF_DOCUMENT_TOKEN_TO_BE_REPLACED

Hogdson names Ben Earl and George Ford as respective key players for Saracens and Leicester and, as a former 10, cannot speak highly enough of the Tigers outhalf.

"George has the ability to create from nothing. He's got a lovely kicking game, very good control about him. But he's reliant on the boys in front of him doing a good job for him."

"As a player," Hodgson adds, "you can never forget your bread and butter, which is your club rugby. As much as you want to play international rugby and represent your country, you can't get away from the fact that the hard work is done on the training field, Monday to Friday, with the club you work for. They are the games you'll play in and get recognised by your international coach, and Ford has certainly done that.

"George has gone away, worked hard on his game and continues to be driven to do well. Whether he gets a recall [to England's squad to tour Australia], I don't know. He's got two guys, in Owen Farrell and Marcus Smith, that are both playing unbelievably well, too. If Owen is going to be picked as a 12, then maybe there is room in the squad. All George can do is focus on himself and leading that Leicester team out in that last game for him before he moves [to Sale]. You never know." 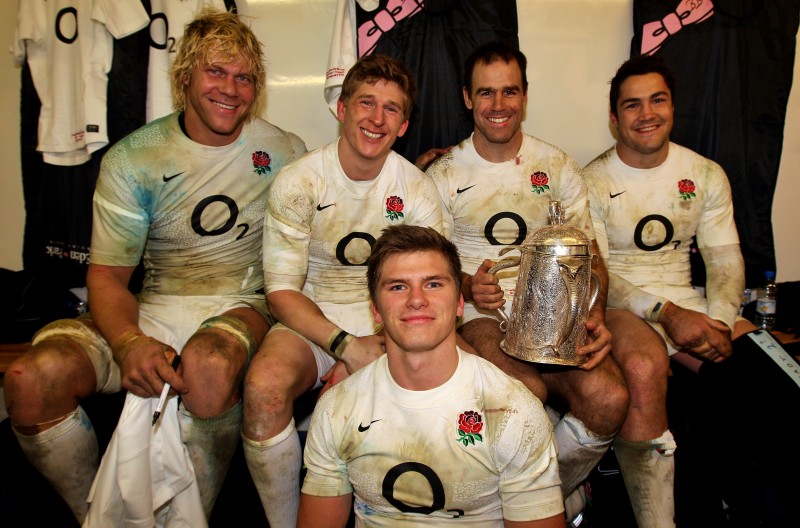 Charlie Hodgson holds the Calcutta Cup in the England dressing room, at Murrayfield, after a 2012 Six Nations win over Scotland. (Credit: Getty Images)

Another player that may be making that England tour to Australia, this summer, is a man that Charlie Hodgson first played with in New Zealand, back in 2008.

Harlequins scrumhalf Danny Care has been in superb club form, for the past few seasons, but last played for England in November 2018. He is back in their squad for this weekend's tour warm-up against the Barbarians, but is not yet guaranteed a spot on that tour Down Under.

"It's lovely to see him [back in the squad] and it is also proof of what I was saying, with George. You've got to go back on concentrate on performances with your club. Danny has done that. He's got an amazing partnership with Marcus Smith, which, ultimately, must help his cause in terms of selection. They go hand-in-hand together and certainly understand each other... Danny has been playing unbelievably well for these past few years and it has been a bit of a strange one, that he was not in these England squads."

Asked for his early impressions of a then 21-year-old Danny Care, when he first crossed paths with him, Hodgson smiles.

"He was always a confident character," he remarks. "Even when he was playing for Leeds, he was an annoying shit!

"He was your stereotypical scrumhalf - just getting in your face and annoying the hell out of you. Just unbelievably confident and cock-sure of himself. And that's a really nice trait. That's not in a bad way about Danny, at all. I like him and we get on well. That's just why he does so well - because he's competitive and he just wants to win."

As for his own stand-out Premiership memory, Hodgson's biggest take-home lesson was how getting your nose in front, on the scoreboard, is so important.

"When I played for Sale, against Leicester, we got ahead, stayed ahead and there was no real coming back for them. Likewise when Saracens, when we beat Bath [in 2015].

"However you can do it - penalties, drop goals, tries - get yourself ahead and the team chasing will find it so much harder. You're then taking more risks and, when the stakes are so high, it makes it so tough."

BT Sport is the home of Gallagher Premiership Rugby. Watch Leicester Tigers v Saracens in the 2022 final live on BT Sport 1 from 2pm this Saturday. For more info go to bt.com/sport/rugby-union


popular
Ranking the best county GAA songs of all-time (32-1)
"It was unfair on the Galway backs” - Tomás Ó Sé admits that Kerry benefitted from unfair rule
Adrien Rabiot's mother has put Man Utd move at risk of collapse
"I’ve never heard someone say something as stupid” - Katie Taylor blasts Jake Paul's rematch comments
"I don’t trust you" - Joey Barton delivers brutal dismissal of Irish defender
"I remember just hugging this Irish guy" - How one Kiwi rugby star reacted to Ireland's historic series win
Antonio Conte 'banishes' four Tottenham players from first-team
You may also like
3 days ago
"Everything’s done for you" - Eddie Jones on how private schools influence English rugby
5 days ago
Faf de Klerk knocked out after horror collision with knee of All Blacks winger Caleb Clarke
5 days ago
"We'll support him in any way we can" - Wallabies captain Michael Hooper backed for brave mental health decision
1 week ago
At a time when rugby needs genuine characters, Naitoa Ah Kuoi could not have timed it better
1 week ago
Eight Ireland players make final cut in 'World Class' 33-man squad selection
2 weeks ago
"There's no magic wand. A lot of it starts and finishes with hard work" - Ronan O'Gara
Next Page