Liam Smith asks Chris Eubank if he is gay in bizarre press conference before their PPV fight on Sky Sports Box Office on Saturday night.

Eubank has been winding Smith up throughout the build up to this much anticipated fight, and it seems to have finally reached tipping point with the Liverpudlian.

The Brighton fighter revealed that Smith had messaged him personally on Instagram: “You slid into my DMs. I’m used to seeing girls in my DMs, I’m not used to seeing guys.” 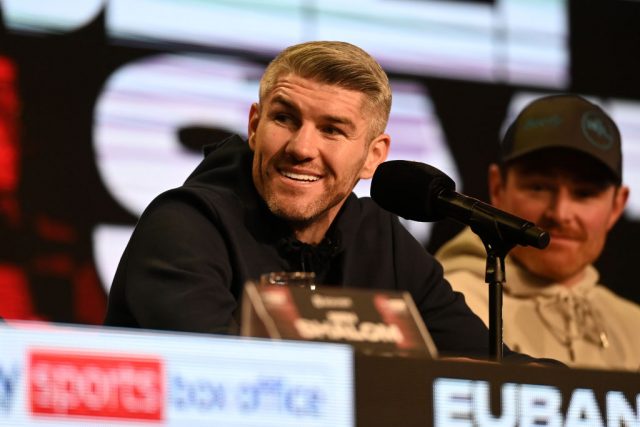 This is when his opponent saw the opportunity to ask Eubank a question that has clearly been on his mind.

“Chris, you go on about girls mate, has anybody in this room ever seen you with a girl?

“Have you got something to tell us? Because you’re 33. Do you wanna tell us something? Because nobody in this room has ever seen you with a woman.” 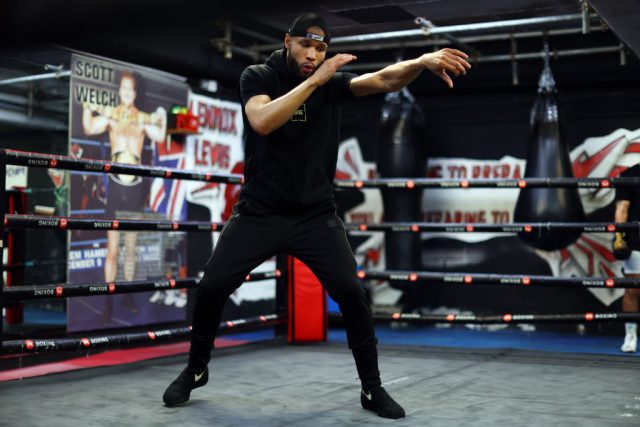 END_OF_DOCUMENT_TOKEN_TO_BE_REPLACED

On the back foot, and unsurprisingly irked by the comment, Eubank tried to divert the conversation.

Smith asked again: “Do you have something you wanna tell us?”

Oh SHIT! Liam Smith just OUTTED Chis Eubank Jr. 😂🫵🏿. Told him no one never seen him with no women! pic.twitter.com/0HPevmPBPg

END_OF_DOCUMENT_TOKEN_TO_BE_REPLACED

To which Eubank Jr responded: “It’s a very personal question to ask me directly. You can slide in my DMs or you can do it right now.”

Smith concluded the back-and-forth by saying: “I’m not that type of way mate, I like women.”

This was the final straw, and the 33-year-old responded by making some personal statements himself.

Damn, this shit done got dark! Liam Smith attacks the enhanced hairline and implanted beard of Eubank Jr. Chris tells Liam he hears he cheats on his wife 🫣😬 #EubankJrSmith OK #DAZN #BOXXER, I am sold! pic.twitter.com/4JXZdpHpYd

“If you wanna get dark and personal with it, talking about being gay and do I like girls? I’ve been told by multiple sources that you cheat on your wife on occasion.

“So glass houses mate. Let’s just relax on the personal stuff. I’d rather be gay than a cheat.”

Smith replied: “You haven’t got a missus to cheat on.”

Sky Sports presenter Anna Woolhouse instantly apologised for the ‘offensive language’ and ‘homophobic’ remarks that had been made.

Fellow presenter Andy Clarke agreed that the content of the conversation was ‘personal’ and ‘homophobic’.

It was then removed from the Sky Sports Boxing YouTube channel.


popular
"Every team did it!" - Paul O'Connell on Roy Keane comment to Ronan O'Gara that he couldn't deny
Five confirmed changes and guidelines to have big impact on 2023 Six Nations
"It's crazy to think Bundee Aki might come straight in and start against Wales"
Everton release brutal 59-word statement to confirm Anthony Gordon departure
Owen Farrell praises Johnny Sexton in revealing interview ahead of Six Nations
British publication urges Gareth Southgate to claim Evan Ferguson for England
CCCC order replay of All-Ireland club football final
You may also like
1 week ago
Chris Eubank admits that he regrets "ugly build-up" to fight with Liam Smith
1 week ago
Liam Smith throws uppercut from the gods to stop Chris Eubank in fourth round
1 week ago
Floyd Mayweather announces his first ever UK fight at the O2 Arena
1 week ago
This weekend boxing fans finally have a real fight to watch that isn't wannabe YouTubers
2 weeks ago
Chris Eubank Jr destroys Conor Benn with brutal tweet
1 month ago
WBC President reveals plans to introduce transgender category for boxing
Next Page