On Saturday night, Anthony Joshua relinquished his world title to a man with a much higher body fat percentage

Andy Ruiz Jr was widely ridiculed before the fight for his body shape. The Mexican actually revelled in his pre-fight diet consisting mainly of Snickers bars. But this criticism proved wide of the mark when Ruiz stopped Joshua in the seventh round.

Joshua is renowned for the excellent physical condition in which he turns up for fights. Many believe he wouldn't even look out of place on the bodybuilding stage. However, this result questions just how important your body shape is, as a marker of overall fitness.

We asked a top exercise scientist for his thoughts. Jim Kerss is a Sports and Exercise Medicine Consultant at The Manchester Institute of Health & Performance (MIHP).

Kerss was quick to point out that your level of body fat doesn't necessarily mean you're unfit.

Similarly, being ripped doesn't say a lot for your overall fitness levels either.

"This may just be a consequence of having a low body fat percentage, and does not necessarily mean the individual is physically fit."

What do we mean by 'fitness'?

We asked Kerss to explain the best methods for analysing fitness levels.

"This can be assessed with a range of tests dependent on a range of factors such as what sport or physical activity the person is taking part in, age and what area of fitness you are wanting to assess."

Kerss says that there are different types of fitness.

"Aerobic, muscular endurance, power or strength for example, all of which require a different assessment. You can also be deemed 'fit' in one area but not in another -  for example having excellent muscular strength but low aerobic fitness."

Aerobic fitness says more about your cardio performance and endurance than anything else. It's difficult to assess this by looking at someone's muscle mass and level of body fat. 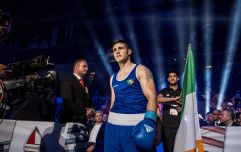 Joe Ward: If I don't become a world champion I feel like I'll have underachieved

END_OF_DOCUMENT_TOKEN_TO_BE_REPLACED

This is not to say you should lose sight of your weight. There are clear dangers of being too lean or too overweight.

The dangers of being overweight and underweight

"At the extremes of being underweight or overweight, there are significant health consequences.

"Our focus should be on achieving and maintaining a healthy weight, and being physically active in line with the UK guidelines on physical activity."

It can be useful to have fat loss as a fitness goal, but Kerss says you shouldn't obsess over this.

"For anyone wanting to become more physically active, it can be helpful to have a goal to motivate you.

"But we should try and shift the focus away from just a weight target, or even thinking of weight and physical fitness as the same thing."

Simply staying active is the most important factor for boosting your fitness levels.

Kerss says, "We can gain significant health benefits for the prevention of a large range of medical conditions from being physically active - irrespective of your weight, which doesn't have to be the primary focus."


popular
"You don't want to change a winning formula" - Maher and McCormack the key for Borris-Ileigh
"I probably should, but I don't think I will" - Cerrone vows to stand and scrap
"The support of the people means a lot to me" - Conor McGregor
The only man who can stop Liverpool is back to haunt them
Bundee and CJ far from their best but Andy Farrell keeps faith
"I'm up in UCD so I could just go out with a few balls by myself and practice it"
UFC star Donald Cerrone is missing half his intestines due to an accident
You may also like
5 months ago
Katie Taylor's next three fights include Delfine Persoon rematch
6 months ago
Dubliner Luke Keeler earns shot at world title eliminator
6 months ago
Grainne Walsh wins bronze at European Games after split decision
6 months ago
Carl Frampton on how much a boxer's fight purse is actually worth
6 months ago
Conor McGregor's take on Paulie Malignaggi loss was remarkably measured
6 months ago
Boxing promoter Lou DiBella on why we rarely get to see the fights we want
Next Page