In the times we're living in, it's never been more important that we all celebrate the little things. 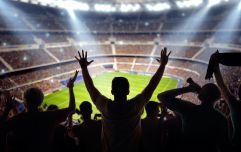 END_OF_DOCUMENT_TOKEN_TO_BE_REPLACED

While we might be waiting a bit longer to get back into stadiums, it won't be long until the start of the new season rolls around and that's certainly something worth celebrating.

And to help you appreciate the little joys in life such as this, Cadbury have unveiled a new raw range of club chocolate bars and they look pretty unreal.

The new range puts a spin on the traditional (and delicious) Cadbury Dairy Milk chocolate bar, by releasing it with limited edition packaging that boasts some legendary clubs' colours.

The stellar line-up of bars features five clubs: Arsenal, Chelsea, Liverpool FC, Manchester United and Tottenham Hotspur. The limited edition range is part of the Cadbury FC campaign, and these delicious bars are the perfect treat to enjoy during the upcoming football season. 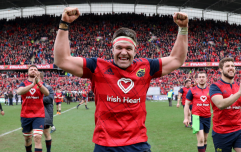 END_OF_DOCUMENT_TOKEN_TO_BE_REPLACED

And while we're sure you'll want to treat yourself to one first, they're also the perfect gift idea for the footie fan in your life. Plus, they'll be hitting shelves just in time for Father's Day so there's no excuse not to treat your dad to one too.

The entire Cadbury Dairy Milk club chocolate bar range is available in Dunnes from 14 June and they're priced at €8 per bar.

And don't hold out for too long! The club bars are being sold for a limited time only, so make sure you don't miss your chance to get a hold of one.

As part of the Cadbury FC campaign, Cadbury has launched a new Cadbury Dairy Milk bar in your favourite club's colours. The bars are a limited club edition and are the ideal gift for the football fan in your life.


popular
Kieran McGeeney on the defensive after post-match questions on brawl
Damien Comer targeted in brutal, chaotic Armagh and Galway brawl
Conor Gleeson's gesture to heartbroken Ethan Rafferty a tonic after sideline brawl
Liverpool set £60m Mo Salah price as contract talks continue
Roy Keane makes good on bet after seeing Cork fall to Dublin
Shane McGuigan does a 'Sueey' Cristiano Ronaldo would be proud of after winning MOTM
Patrick Vieira claims he was 'much better' than Roy Keane in new interview
You may also like
5 months ago
[CLOSED] COMPETITION: WIN a two-night stay at the luxury Trident Hotel in Kinsale Harbour
6 months ago
Here's where you can find some incredible deals on exercise machines in 2022
7 months ago
Pieta and Shane Carthy encourage people to take part in #HopeOverSilence this Christmas
7 months ago
COMPETITION: WIN tickets to Ireland's Autumn International games
8 months ago
If you're looking for affordable health cover and 24/7 access to medical pros, this could be just the thing...
11 months ago
Forget counting your steps, this is the key metric you should be tracking instead
Next Page