One of the best ever spells of bowling seen at the home of cricket.

What a start for Ireland, and for Tim Murtagh.

Ireland are taking on England at Lord's and they ran through their deep batting order like a knife through butter. 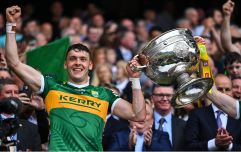 END_OF_DOCUMENT_TOKEN_TO_BE_REPLACED

Fresh from their World Cup final win over New Zealand, less than two weeks ago, Joe Root led England out onto the Lord's pitch and put his side in to bat against Ireland. This is the first time the neighbours have met in Test action, although they have clashed in limited overs games before.

The England XI contained five of the players that started in that World Cup final triumph but 50-over captain Eoin Morgan was not included in the line-up against his native country.

The Ireland team did include Ulster bowler Boyd Rankin, who has one Test cap for England to his name after featuring in an Ashes series. Rankin did some damage on a sweltering day in London but England's chief-tormenter was Tim Murtagh. 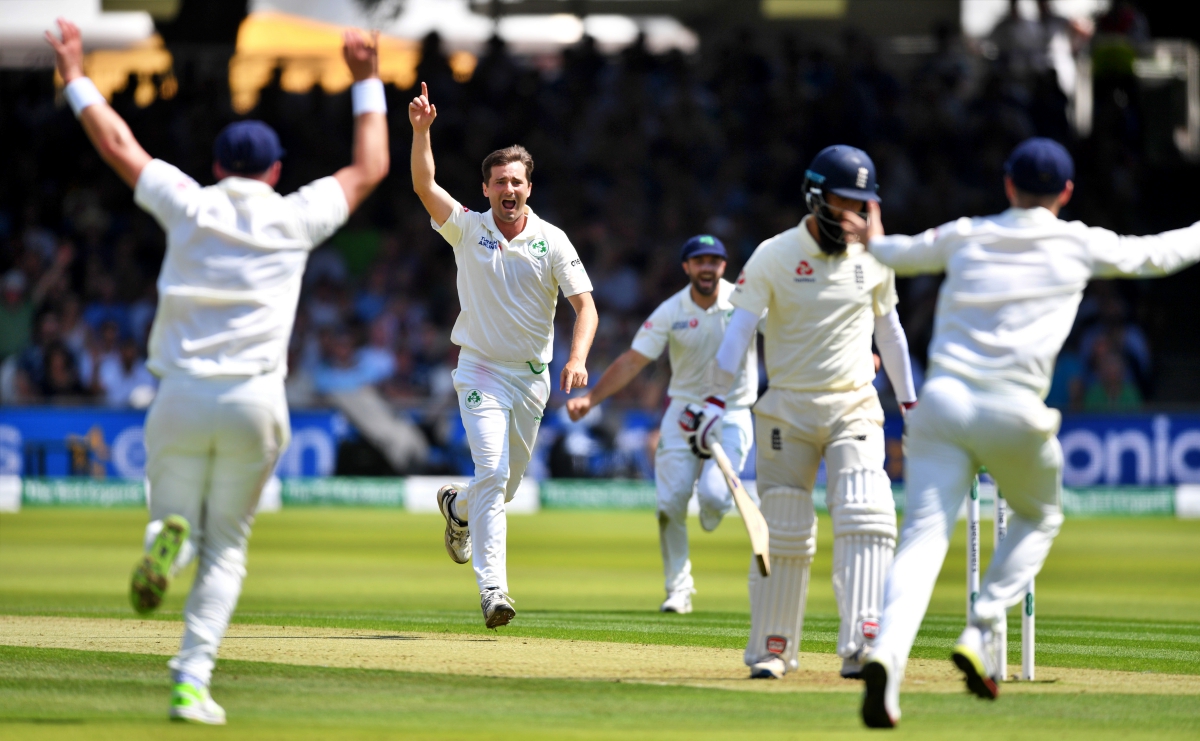 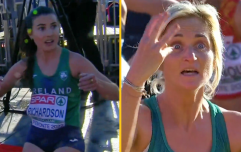 END_OF_DOCUMENT_TOKEN_TO_BE_REPLACED

The 37-year-old medium pacer, who was born in London to Irish parents, has been a limited overs gem for Ireland over the years but has taken well to Test duty. In his previous two appearances, he had taken seven wickets for 148 runs at an average of just over 21 per wicket.

England, buoyed by their World Cup success, would have been hoping to brush Ireland aside and build up some Test match confidence ahead of the Ashes visit of Australia. Instead, they found themselves at 8 for 1 when Murtagh removed Jason Roy.

England recovered from that blow to reach 36-1 before Murtagh struck again to send Joe Denly on his way. That sparked an almighty and embarrassing England collapse as they went from 36-1 to 43-7 when Moeen Ali was caught behind off Murtagh.

END_OF_DOCUMENT_TOKEN_TO_BE_REPLACED

Murtagh, who has played English county cricket for Middlesex and Surrey, finished his spell of 9 overs with five wickets bagged for just 13 runs and has earned himself a place on the Lords honour's board.

England finished at 85  all out and Murtagh was given a lovely reception from both Irish and English fans as he left the field of play:

Rankin finished with 2 wickets for 5 runs while 23-year-old Mark Adair helped himself to 3 wickets for 32 runs. Ireland raced to 32-0 in response, in their first innings, before Sam Curran removed opener William Porterfield.

There was a great reaction to Murtagh's bowling heroics:

☘️🏏👍 @Irelandcricket have been exceptional. Tim Murtagh has been superb.

Tim Murtagh did that in just 80 minutes

All this negativity ... That’s England’s highest Test score against Ireland ... !!

Some going from Murtagh and his Wikipedia page, and all its updates in the past few hours, is well worth a read.