You owe it to yourself to watch these.

Netflix is a treasure trove of great content. The problem is finding a lot of it. With the streaming platform understandably eager to push their original content to the top of the page, countless hidden gems get lost in the various categories.

Like sports films and documentaries, for example. Netflix caters brilliantly to binge-watchers but what about the sports fan? We've trawled through Netflix Ireland's current catalogue to present 12 sports documentaries and films that are definitely worth your time. 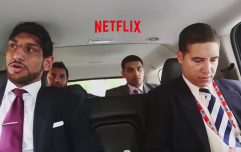 END_OF_DOCUMENT_TOKEN_TO_BE_REPLACED

A powerful and brilliantly-acted MMA drama starring Tom Hardy and Joel Edgerton as estranged brothers who train for Sparta, the biggest mixed martial arts tournament ever held. The film is packed visceral fight scenes, stirring training montages and is nicely rounded off with an outstanding performance from Nick Nolte as their alcoholic father.

A lot of people decide to re-dedicate themselves to fitness in January, but it's impossible not to feel inferior when watching this absorbing documentary chronicling the rivalry of Arnold Schwarzenegger and Lou Ferrigno as they train for the Mr Olympia competition. It's a fascinating portrait of Arnie in his bicep-bulging pomp and offers great insight into bodybuilding's golden age in the 1970s.

This masterfully constructed documentary depicts how the Frech national football team has been largely shaped by culture, history and politics, with a particular emphasis on the '98 World Cup winning side and Zinedine Zidane. Riveting stuff.

The Steve Carell film isn't on the Irish Netflix. That doesn't matter, though, because the documentary version of John du Pont's downfall is a better watch. Using previously unreleased home videos, director Jon Greenhalgh paints a compelling portrait of the troubled philanthropist turned wrestling coach whose obsessions led to extreme paranoia and tragedy. 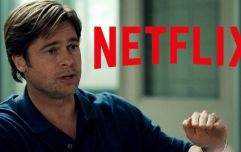 END_OF_DOCUMENT_TOKEN_TO_BE_REPLACED

This gripping documentary is generating serious awards season buzz – and with good reason. Amateur cyclist Bryan Fogel puts himself on a Supersize Me-esque doping diet to see if he can win a cycling race. That's just the tip of the iceberg though as he becomes immersed in a major international doping scandal.

A deep dive into the scandal which engulfed football's governing body, this documentary does a fine job of uncovering how FIFA went from being a small, non-profit organisation to a hideously corrupt money-making machine.

Stop At Nothing: The Lance Armstrong Story

When you've calmed down after building up an intense hatred of FIFA, get ready to do it all over again with Stop At Nothing, an exhilarating documentary which lays bare the extent of the disgraced cyclist's doping, bullying and manipulation.

This provocative documentary taps into ice hockey's association with violence as a group of enforcers reminisce on how they made careers out of throwing punches.

A warm and respectful documentary using Muhammad Ali's own audio journals, friends, family and fellow boxers to provide insight into his extraordinary life and legendary career.

The Barkley Marathons: The Race That Eats Its Young

The tagline for this documentary is: In its first 25 years only 10 people have finished The Barkley Marathons. That tells you pretty much all you need to know about this harrowing portrait of an intense and insanely gruelling test of anyone's physical and mental endurance.

Thomas Napper's compelling and criminally under-watched directorial debut packs a hefty emotional punch as a down-on-his-luck former youth boxing champion tries to turn his life around with the help of a gym owner and promoter.

Diving into the Unknown

This story of a life-threatening mission in which a group of Finnish cave divers try to bring their dead friends home is as good as its title. Watch it, you won't regret it.