Take your breaks whichever way you get 'em.

The end of the 12th stage of the Tour de France ended in a massive sprint and a photo finish. Sam Bennett was pipped to successive stage wins but his green jersey chances would, later, get a huge boost.

Having retained the green jersey when he won Stage 11, on Tuesday, Bennett set off on the 167 kilometre Châtelaillon-Plage to Poitiers stage determined to hold onto it.

Matthieu Ladagnous held a sizeable solo lead at one stage but he was eventually gobbled up with 50kms to go, meaning that we were likely to get a group sprint finalé. Along the way, though, Ladagnous picked up 20 sprint points for hitting an intermediate sprint marker along the way.

Bennett picked up 17 valuable sprint points when he outpaced the peloton pack. It was just a taste of the excitement and mayhem that was yet to come.

Three breakaway riders threatened to spoil the sprinters' fun, in the closing stages, but they were absorbed by the lead pack with just over two kilometres to go. The final 400 metres were slightly uphill and all the big swingers were there.

Bennett looked to have timed his full-on burst to perfection but found himself getting slightly boxed in. He put the hammer down over the final 100 metres and almost had another stage won before Peter Sagan and Caleb Ewan - his old foes - threw their bikes at the end.

Ewan was credited with the victory and, by a hair's breadth, Sagan looked to have pipped Bennett to second. However, not long after the race, officials studied the footage back and it would result in a major boost for Bennett and his hopes of winning the overall sprint classifications. 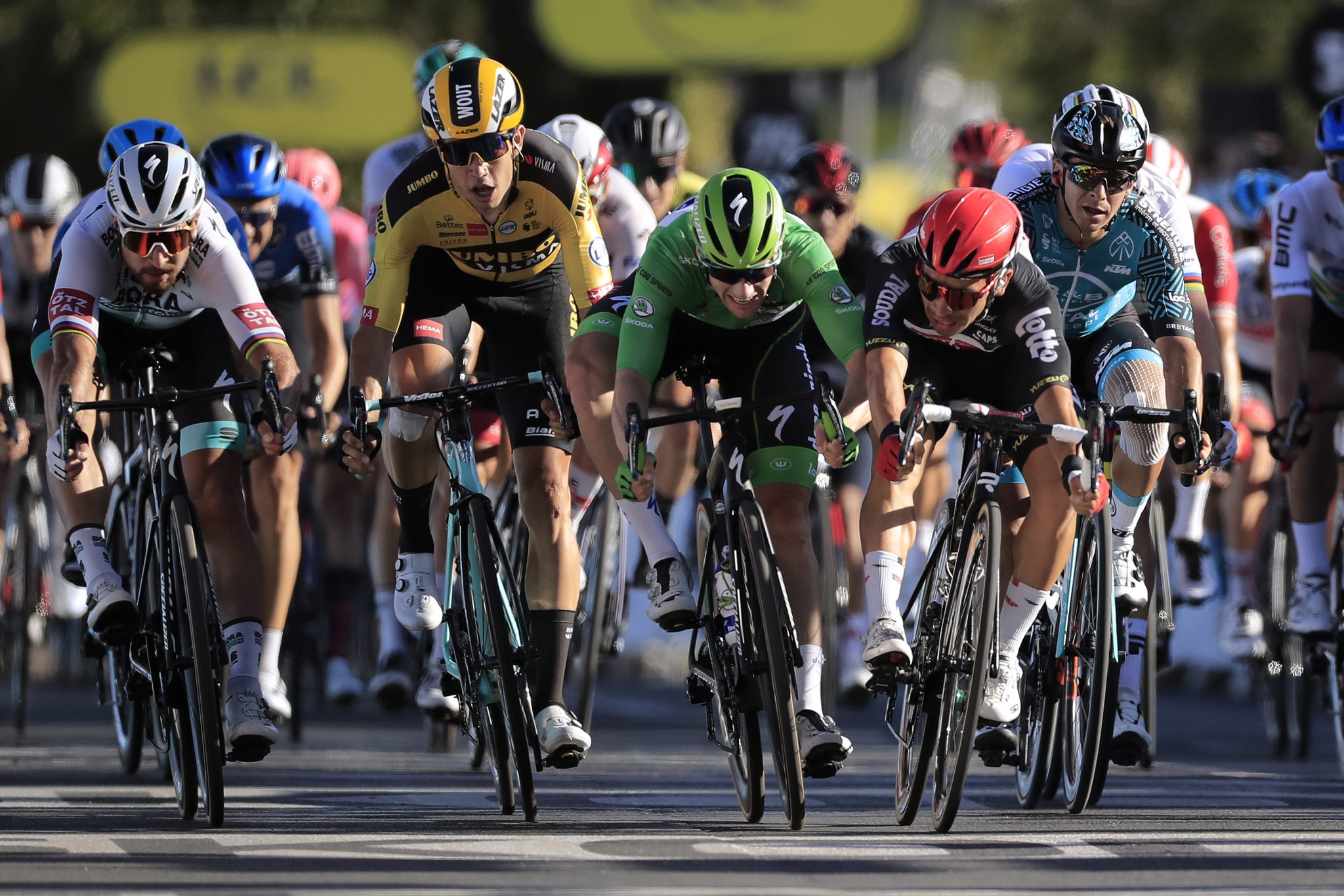 The commissares eventually deemed that Sagan, in his heedless push for the win, had shoulder barged his sprint rival Wout van Aert.

That meant Sagan, instead of closing the green jersey gap on Bennett, actually lost points. The Carrick native now holds a 68 point lead as the race moves towards the mountain stages, meaning sprint chances will be fewer and further between.

There was no big changes to the top 10 in GC, with Primoz Roglic retaining his 21-second lead over last year's champion, Egan Bernal.

There are eight stages still to go, but Bennett now finds himself in prime position after that controversial Sagan DQ.