The Dutchman recently tested positive for Covid-19 after being knocked out of the PDC World Championship.

Raymond van Barneveld has issued a warning to the organisers of the PDC World Championship after he recently tested positive for Covid-19.

The Dutchman was knocked out of the tournament by Rob Cross at Alexandra Palace on Thursday night and complained that he began to feel unwell after the game. 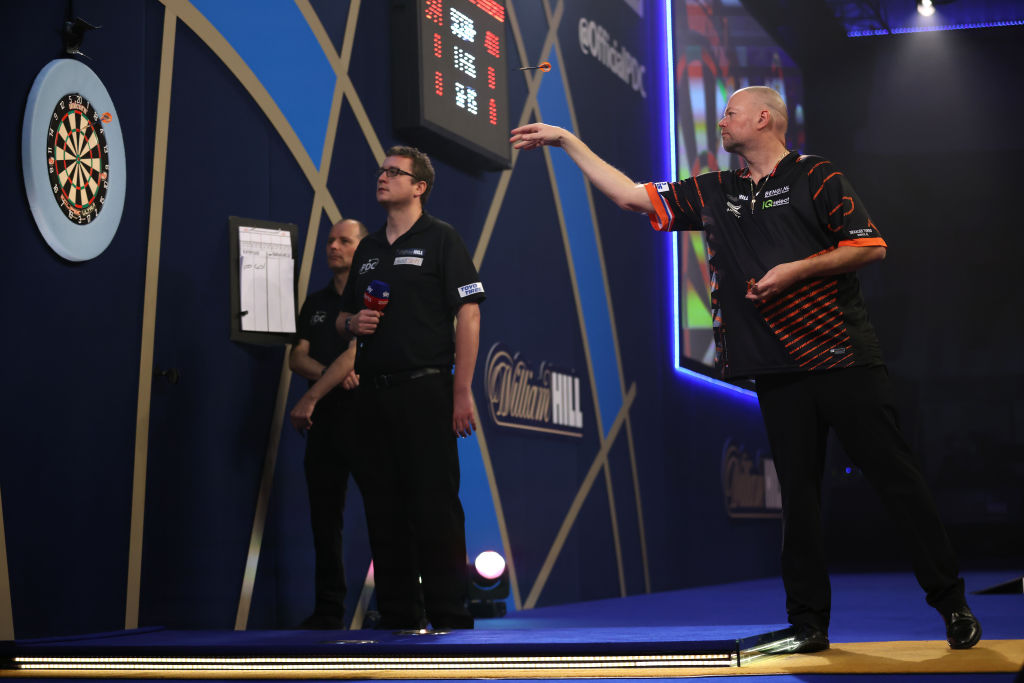 END_OF_DOCUMENT_TOKEN_TO_BE_REPLACED

"During the match I didn't have any symptoms," Van Barneveld said on Twitter.

"But afterwards I started to realise that I was developing a shortness of breath and fever.

"I directly called my manager Ben De Kok and he advised to go straight to my hotel room and to not give interviews in order to avoid any risk.

"At the moment I do suffer from fever and serious tiredness. The upcoming days I will stay in quarantine at London."

Unfortunately I have to announce that I tested positive on COVID19.

During the match I didn’t have any symptoms, but afterwards I started to realise that I was developing a shortness of breath and fever. pic.twitter.com/QfFa140tEP

Organisers of the tournament have reiterated that they all the necessary protocols in place to ensure the safety of players and spectators attending following Van Barneveld's news.

END_OF_DOCUMENT_TOKEN_TO_BE_REPLACED

A spokesperson said: "We have been made aware of Raymond's positive test and send him our best wishes for a speedy recovery.

"We are following approved protocols and have appropriate regulations in place around the William Hill World Darts Championship, one of which is that all players and staff must produce a negative Covid test result on their return to the event after the Christmas break."

The World Championship has come under wide criticism for the number of spectators, with up to 3000 people in attendance per night, with public health expert Keith Neal recently warning the tournament about fans attending.

He said: "I would tell the local authorities do not let it happen with a crowd.

"It is Covid spreading on steroids. There is no concept of social distancing and they will not be wearing masks because they are drinking."


popular
"The economy was one of the big reasons" - Cadogan's move from an electrician to personal training
Eamon McGee just couldn't help himself with Armagh-melee tweet
Kylian Mbappe reportedly wants PSG to sell Neymar
QUIZ: Can you name these 50 Premier League players from the 2010s?
Strongest Ireland team to face New Zealand in Test opener, after squad set-back
Robert Finnerty's strut up to the penalty spot was the stuff of legend
"If he can channel it in the right way, he'll go right to the top of the game" - the brilliance of Rian O'Neill