It doesn't get any easier for Daryl Gurney.

His reward for holding his nerve in a tense seven-set round of 16 with Mark Webster is to trade darts with world number one Michael van Gerwen for a place in the semi-final.

It was a hell of a battle on Thursday though. The Northern Ireland representative had to hold his nerve to come from behind and then he had to battle with the crowd who he gestured at for the noise they were making during pressure situations.

It didn't help matters and it seemed like he was never going to hit another double but he got through and stood strong to win 4-3.

This was absolutely thrilling stuff!https://t.co/kdt8xna01t

The difference between a quarter-final and semi-final spot is huge though.

Gurney is already guaranteed £38,000 for his performance in the World Darts Championship so far but he could double that and then some if he managed to upset the odds against van Gerwen on Friday. 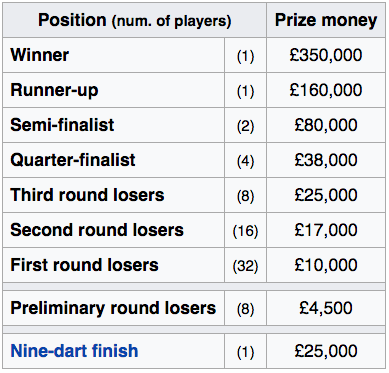 But the back and forward between Gurney and the crowd at the Alexandra Palace saw the 30-year-old draw some criticism.

Imagine getting at the crowd.. Without them paying their money you wouldn't have such a big paycheck for the next round @DarylGurney180 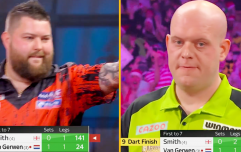 END_OF_DOCUMENT_TOKEN_TO_BE_REPLACED

There's plenty of more where that came from, the public commenting on his behaviour but what they didn't seem to take into consideration was that Gurney has never been this far before.

He was throwing the most important darts of his life and he was struggling to deal with the atmosphere. Couple that with the fear of losing the grip he had on the tie and you can understand exactly how someone might lose control of their emotions too.

Thankfully, he had plenty of backers.

Derry is behind him.

Well done @DarylGurney180 what a match!! Well deserved win!! Gorgeous girlfriend 😊 bring on MVG - good luck Derry will be shouting for u 👏👏👏

keep that big chin up pal, regroup and get ready for the next round.. 1 step closer to the ultimate dream!

Give him a break.

His body language was a concern for a while.

top job Daryl. Dunno how you hold your nerve- most people couldn't hold a dart under that pressure. NI right behind you.

Bring on van Gerwen. One man representing the north has had a hell of a battle to get here, he's not going to let it go without a fight.