"We'll just be locked away in our Air B'n'B thing."

Having won the world championship in 2020, Peter Wright knows the big tournaments are about progressing any way you can while trying to stay on an even keel.

The Scot defeated Ryan Searle 4-1 in the Last 16 at the William Hill World Darts Championship and will face England's Callan Rydz in the quarter finals, after the New Years' break. Wright was not entirely happy with his performance, but did enough to get by and rode the hot streaks when thy came.

END_OF_DOCUMENT_TOKEN_TO_BE_REPLACED

We have already seen three high profile players - Michael van Gerwen, Dave Chisnall and Vincent van der Voort - forced to withdraw from the tournament after positive Covid tests, after the break in play for Christmas. Asked if he was concerned that other games could be affected by the one-day break in play, Wright spoke of his plans for a secluded New Years.

"We'll just be locked away in our Air B'n'B thing," he said of himself and his inner circle.

Complying with the rules and restrictions this year is part and parcel of playing darts in the shadow of rising Covid cases, but Wright spoke strongly about how it would affect his future participation in such events. 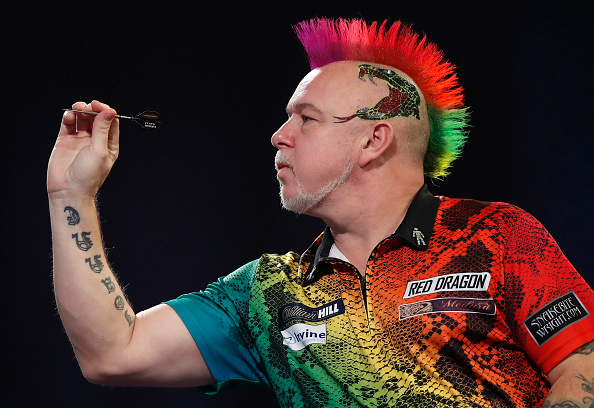 Peter Wright of Scotland in action during his Last 16 win over Ryan Searle at Alexandra Palace. (Photo by Luke Walker/Getty Images)

"If the PDC bring in the rules, next year, that we all have to be in the hotels," Wright said, "I won't be in the tournament.

"I was lucky [this year] in that I put my foot down with Jo and Paul and said, 'I'm not staying in the hotel. I do not want to be staying at the hotel'.

"Yeah, it's great for when your friends are coming and everything is all clear. You can meet up with them, and stuff like that, after the games. But you have to look after your career.

"So hopefully next year, Michael [van Gerwen] and Vincent [van der Voort] might learn from this and try find their own place to stay, to have their own separate bubble. Because you've got to be like that at the moment." 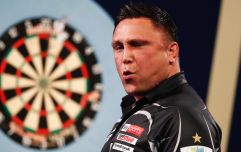 END_OF_DOCUMENT_TOKEN_TO_BE_REPLACED

As much as Wright meant well with the separate bubble comments, someone like van Gerwen may not appreciate the implication that he was mingling at the hotel he was staying with. The Dutchman claimed, after he was forced to withdraw, that he had confined himself to his hotel room and ate his meals there.

If Wright can continue his Ally Pally journey by getting past Callan Rydz, on Saturday, and progress into the last four, there may be more competitors browsing for handy Air Bn'B accommodation next year.