Djokovic won his appeal against deportation from Australia on Monday.

Novak Djokovic has allegedly been arrested by the Australian government just hours after he won his appeal against deportation from the country, according to reports.

The Serbian tennis star was granted permission to compete at this year's Australian Open after he was initially denied entry to the country when his visa was revoked upon entry earlier this month.

END_OF_DOCUMENT_TOKEN_TO_BE_REPLACED

The 34-year-old had spent four nights in an immigration detention hotel in Melbourne, but it was ruled on Monday that his visa cancellation order would be immediately overturned and that he would be allowed to leave detention.

Despite this, it appears that the saga is not quite over just yet, with The Pavlovic Today reporting that Djokovic was arrested shortly after the end of his court case on Monday.

It is thought that the Australian government remain keen on deporting Djokovic, and that they are looking to do so as a 'matter of urgency'. 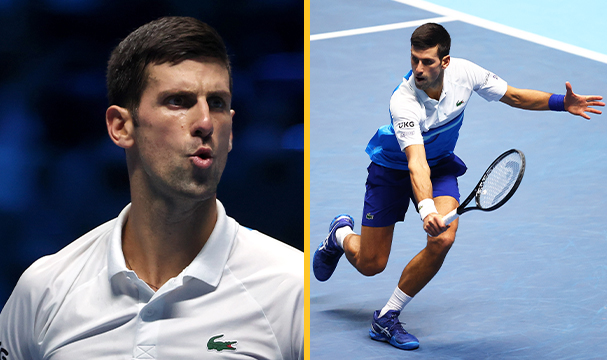 Djokovic's brother, Djordje, told Serbian outlet Sportklub: "What we can do is to let this be known all over social media – they want to capture and lock up Novak again.

"We're currently consulting with PRs about next steps. He is at the moment with his lawyers in the room they were during the hearing, thinking about options."


popular
Mario Balotelli, Luis Suarez, Fernando Torres and why Rio Ferdinand "hated them"
"I remember just hugging this Irish guy" - How one Kiwi rugby star reacted to Ireland's historic series win
"I don’t trust you" - Joey Barton delivers brutal dismissal of Irish defender
Down county football is in tatters, but Conor Laverty is the man to piece it back together
"I'll ask for everyone that comes to the game to wear purple and roots for us" - Pat Fitzgerald
Javier Hernandez offers to play for Manchester United for free
Former Manchester United director Michael Knighton reveals plan to buy the club from the Glazers
You may also like
1 day ago
English Rugby Union respond to Eddie Jones comments on public schools
1 day ago
Amad Diallo scores twice as Cristiano Ronaldo sits out behind-closed-doors friendly
2 days ago
Martin Braithwaite handles cruel Barcelona reception in the perfect way
2 days ago
"Everything’s done for you" - Eddie Jones on how private schools influence English rugby
2 days ago
Allan Saint-Maximin gifts Rolex watch to Newcastle fan after opening day win
3 days ago
Cristiano Ronaldo declares himself fit and 'ready' to start Manchester United's season opener
Next Page