Nick Griggs was nabbed on the line in the Euro U20 Cross Country championships.

The Tyrone athlete looked destined for the gold medal, having streaked away from the field in the closing stages, but his legs gave up on him in the last 60mts of the 6000m race and, in heartbreaking circumstances, he was passed out just before the tape.

Griggs was still content with the silver - that is an outstanding achievement from a man running a year out of his age - but he was so close to a historic gold. No Irish athlete has ever won this race. He's now our first ever to win a silver. 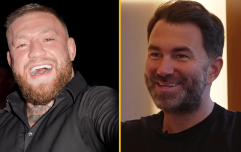 END_OF_DOCUMENT_TOKEN_TO_BE_REPLACED

The 18-year-old has long been touted as one of the best underage prospects Ireland has ever had in distance running, and he showed exactly why in a barnstorming run in Turin.

The Mid Ulster AC athlete powered into the lead mid-way through the final lap of what is a gruelling cross country course but in the end, all those hills and all that muck caught up on him.

Right at the end, cross country does this to you, it was hard to watch as Griggs' legs visibly to jelly before our very eyes. Will Barnicoat could see this too, and the British athlete ground his way up the hill to take the gold. Griggs did everything to hold on. He lunged and veered and leant to the extent that he nearly fell over, but sometimes, nothing can be done.

And when nothing can be done, when no more can be given and when you've ran your heart like Griggs did, you have to be proud.

"My coach told me down the last hill to go for it," Griggs told Athletics Ireland afterwards.

"In the home straight, I stumbled a bit and it cost me. It's disappointing but I gave it everything.

"If you had told me yesterday that I would have got a silver, I would have been buzzing, so mixed emotions now"

Nick Griggs nabbed for gold at the Euro U20 cross country. But what a run from the Tyrone manpic.twitter.com/MQbap0gDKJ

As it turned out, it was a brilliant race for Irish distance running as not too far behind him, Ennis runner Dean Casey took the bronze medal. Casey and Griggs have a great, healthy rivalry at the minute with the competition bringing the both of them on. 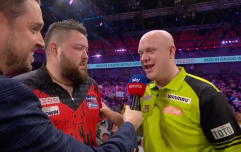 END_OF_DOCUMENT_TOKEN_TO_BE_REPLACED

Having been 13th in this race last year, Casey showed how much he's kicked on this year and he was delighted when speaking to Athletics Ireland after the race.

"I was able to see Nick throughout, fighting for number one spot. You couldn't ask for more from Nick. And for me, it's unreal. I was 13th last year, knowing I wasn't at my best, so to come third this year shows how much training I've done."

The team, completed by Jonas Stafford, Mark Hanrahan, Sean McGinley and Callum Morgan also took home the silver medal, on a morning, and in a race that bodes very well for the future of Irish distance running.


popular
Man United could be blocked from playing in the Champions League next season
Ireland team vs. France: Form players rewarded and a welcome return
French media's opinion of this Ireland team becomes clear as vital clash nears
Man United vs Leeds: Why the game won't be shown on Irish TV
Eight players to watch in tonight's Sigerson Cup semi-finals
Clive Woodward happy to 'eat humble pie' after bold comments about Ireland
"I should have been more mature" - O'Sullivan's injury trail a cautionary tale for Sigerson casualties
You may also like
4 months ago
'The Irish are coming!' - Paul O'Donovan and Fintan McCarthy win world championship gold
4 months ago
"It is hard, especially when you’re 18 and I’d never left Ireland by myself," - Tuohy reflects on tough days after Grand Final win
4 months ago
Tuohy flies the Portlaoise flag high as Irish duo make AFL history
4 months ago
Tom Hardy wins yet another Jiu-Jitsu championship after emphatic finish
4 months ago
Roger Federer confirms retirement from tennis
5 months ago
Your guide to a huge weekend of football, rugby and Formula 1 and how to stream it all
Next Page