It was not the end that McKillop envisaged, but the respect his fellow competitors have for him was abundantly clear.

Michael McKillop was striving to add to his four Paralympic gold medals in Tokyo, today, but could only finish in 8th place.

In what will be his final games, the Antrim native left it all out there but it was not enough for gold, nor a place on the podium. Struggling for form coming into the games, McKillop would have been hoping that muscle memory and experience in big events would have told on the day. 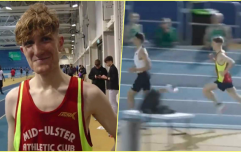 END_OF_DOCUMENT_TOKEN_TO_BE_REPLACED

As it was, Canada's Nate Riech set a blistering Paralympics record of 3:58.92 in the 1500 metre final. Such was the pace of the race that Liam Stanley, who finished fifth, also surpassed that record time [4:08:11] that McKillop had set on his way to gold at the London 2012 games.

“I had to follow the pack and set myself up to be in the mix and I did that but then I just had literally nothing in my legs after 600m and they just got away further and further," McKillop said after the race.

“I feel I’ve let my dad down. This is his last year and I wanted to give him something back. I know he’s got a lot out of it already but, after my surgery and getting through all that stuff, he got me back  in the shape that I was going to be competitive and that’s why I came here.

"To now not be competitive in races like this just shows you that it’s moved on. It’s disappointing not having my category anymore but that’s how it is. Everyone has to deal with it.”

Such is the respect in which McKillop is held in the sport, that he was mobbed by competitors after the race was over. For so long an icon in the Paralympics world, it was clear to see what these elite athletes think of the 31-year-old. 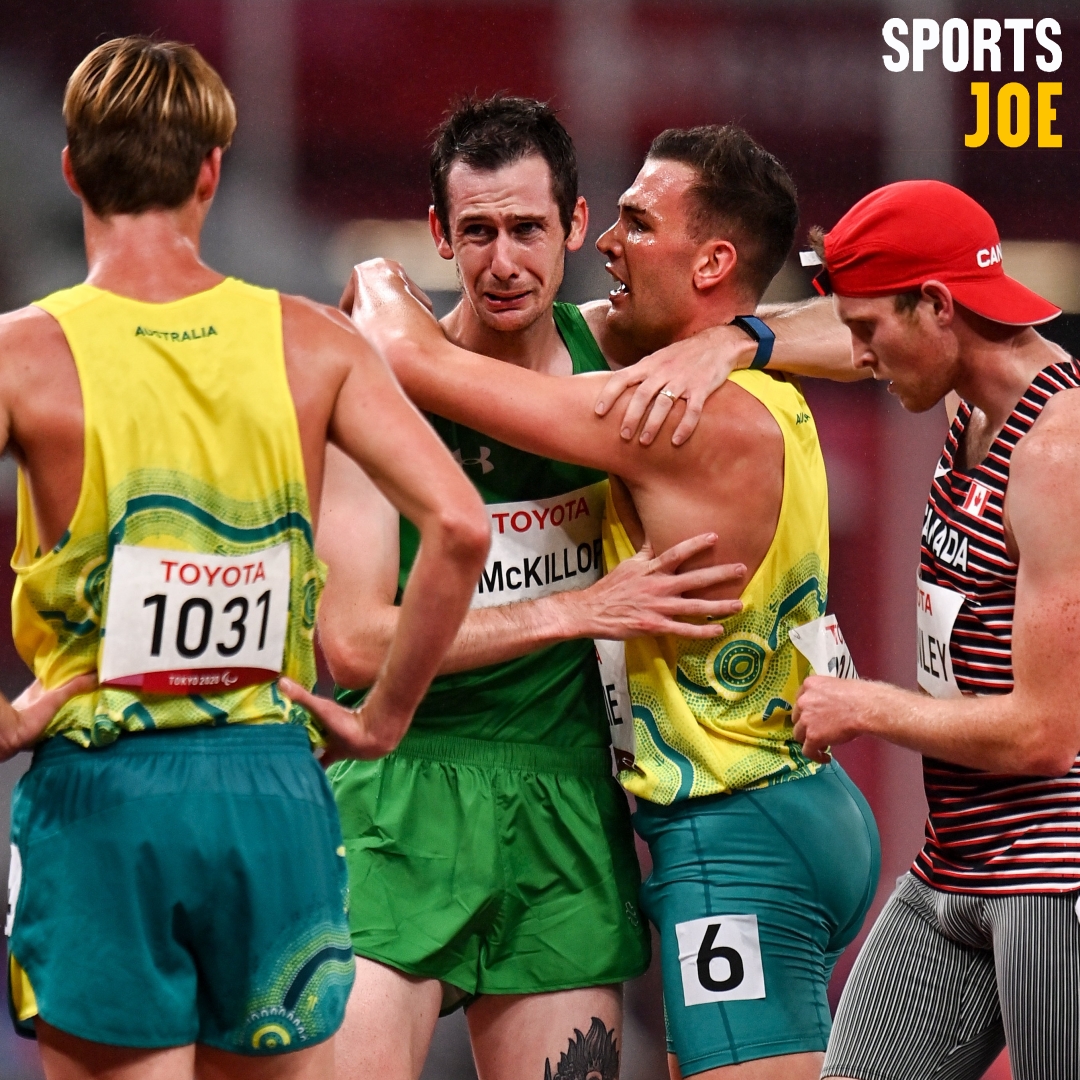 Michael McKillop of Ireland, centre, is consoled by competitors after competing in the Men's T38 1500 metre final at the Olympic Stadium in Tokyo. (Photo by Sam Barnes/Sportsfile) 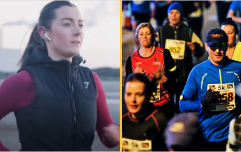 END_OF_DOCUMENT_TOKEN_TO_BE_REPLACED

That respect was seen by all, again, soon after the race as McKillop was being interviewed by RTÉ. Opponents, passing him in the mixed zone, patted him on the back or wished him the best.

Australian runner Dean Kenzie, who took bronze in the race, stopped to declare to the cameras:

"The GOAT of Paralympic athletics. We all look up to this guy. He's a true legend."

'We all look up to this guy, he's a true legend' - Four time Paralympic gold medallist Michael McKillop takes the plaudits from competitors and confirms he's competed in last Paralympic Games in an emotional interview after finishing 8th in the T38 1500m final pic.twitter.com/yS5Y6hWKFF

McKillop says his wife has 'sacrificed and given so much up for me' and it is time to give back to her, and his two dogs.

"I represent the island of Ireland," he declared, "and I'm proud to say that. To run around and represent, and wear the country flag, is a very, very special thing.


popular
"I remember just hugging this Irish guy" - How one Kiwi rugby star reacted to Ireland's historic series win
Mario Balotelli, Luis Suarez, Fernando Torres and why Rio Ferdinand "hated them"
"I don’t trust you" - Joey Barton delivers brutal dismissal of Irish defender
Down county football is in tatters, but Conor Laverty is the man to piece it back together
"I'll ask for everyone that comes to the game to wear purple and roots for us" - Pat Fitzgerald
Gatecrashed interviews and chip-shop previews - Wexford GAA's online coverage sets the standard
Javier Hernandez offers to play for Manchester United for free
You may also like
1 year ago
Lamont Marcell Jacobs continues Italy's golden summer with 100m win
1 year ago
Norwegian handball team fined for refusing to wear bikini bottoms at Olympics
1 year ago
You have broken the world record Emer McKee and you have also broken an island's delusions
1 year ago
When Phil Healy starred in the best comeback of all time featuring the greatest commentary ever
2 years ago
'External pressure is a real concern for a lot of athletes. What will people think?'
3 years ago
Amazing display of courage as badly injured NUIG athlete hobbles to second place finish
Next Page