Girls who play sport are happier and more confident, according to new report

Brought to you by Lidl.

The benefits of playing sport are obvious from a physical point of view but a new report has revealed that sport improves mental health and well-being. 'State Of The Nation: Teenage Girls and Sport Quantitative Report' is a major study commissioned by Lidl that investigates how attitudes impact on female participation in sport.

END_OF_DOCUMENT_TOKEN_TO_BE_REPLACED

It also examined how playing sport affected teenage girls and how prevailing attitudes can impact on their ongoing participation. The study talked to female teens and their parents to determine the part that sport can play in their lives.

One of the striking findings was the way that playing sport could boost girls’ happiness and confidence among the 12 to 17 age group.

Girls who played sport also returned higher ratings for their mental well-being. Girls that played sport were less likely to feel lonely, to get depressed or to feel bored. 68% said they felt happy on a daily basis as opposed to 48% of girls who didn’t play sports. 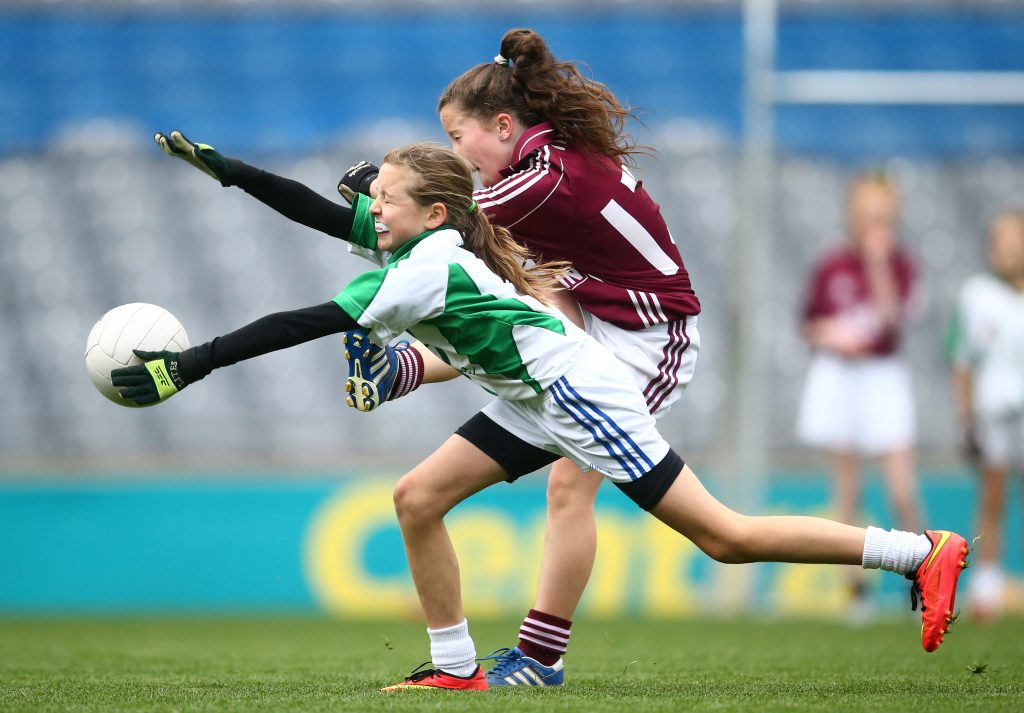 END_OF_DOCUMENT_TOKEN_TO_BE_REPLACED

This pattern continued into adulthood, with 18 to 45-year-old females also taking part in the survey. Over half of the women in this age group who played sport had high body confidence compared to less than a third of the women who didn’t. They also reported better mental well-being and a better ability to cope with pressure in their everyday life.

Girls tend to stop playing sport at the start of secondary school, unlike men who normally stop when they go to college. The main reasons that girls stop playing sport are their friends stop playing (48%), sport becomes less relevant (27%), school is seen as being more important than sport (17%) and it becomes increasingly competitive (17%).

END_OF_DOCUMENT_TOKEN_TO_BE_REPLACED

By the age of 13, one in two young women drop out of sport. They are three times more likely to drop out than boys.

Lidl want more Irish women to stay in sport. That's why they have invested €2.5m to date in women's sport.

Brought to you by Lidl.


popular
Iran demand action by FIFA after USA team change flag on social media
World Cup 2022 Day Nine: All the major action and talking points
Argentina reach World Cup last-16 with convincing win over Poland
"Nowadays, even if I don't hit a ball, I don't care as long as we win" - Gleeson learning from the past
Cristiano Ronaldo 'agrees £173m-a-year deal' with Saudi club
Ronaldo finally reveals why he got that hideous haircut
World Cup 2022 Day 11: All the major action and talking points
You may also like
16 hours ago
Marcus Rashford reveals the meaning behind his celebration
16 hours ago
Cristiano Ronaldo 'agrees £173m-a-year deal' with Saudi club
1 day ago
Canelo Alvarez duped by fake Lionel Messi Instagram post
4 days ago
Saudi fan switch allegiances after Lewandowski's first World Cup goal
4 days ago
Man United youngster causes scrap from the bench after throwing ball at Australia player
5 days ago
World Cup fans complain that accommodation is 'flooded with sewage'
Next Page