Brendan Dolan is in the last eight at Ally Pally.

The Fermanagh legend is lighting the place up in London and has upset the odds by gatecrashing his way into the quarter-final of the PDC World Darts Championship.

Dolan wasn't seeded going into the tournament but now finds himself in the finals of the competition for the first time in his career as fancied darts stars were lined up and knocked down one by one in ruthless fashion.

Dolan has lost just three sets throughout his four games at Ally Pally and now he's one match from a semi-final spot with Nathan Aspinall waiting in his first ever last eight game.

Benito van de Pas was swatted aside in the last 16 on Friday but Dolan's reaction was a classy one which suggested he wasn't as emphatic in his win as the scoreline suggests. 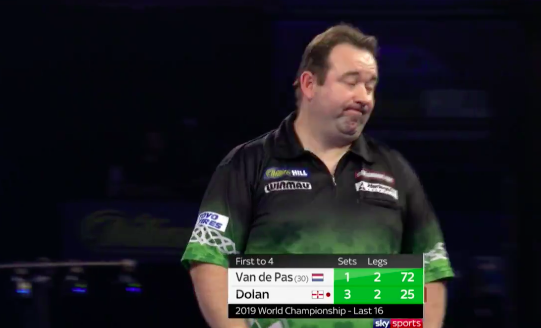 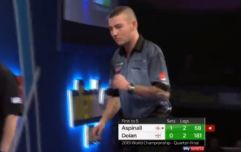 END_OF_DOCUMENT_TOKEN_TO_BE_REPLACED

Dolan had a chance to see it out in the fifth set but took it on his second return to the oche as his Dutch opponent just wasn't on it on the day and, now, the island of Ireland has a representative in the quarter-finals and the crowd bloody love it.

DOLAN IS INTO THE QUARTERFINALS | He defeats Benito van de Pas 4-1 to set up a tie with Nathan Aspinall #WHdarts pic.twitter.com/QugQVZV584