Eoin Morgan has been playing seven years for England and has captained their one-day and T20 sides to some stunning victories.

And yet, he remains a divisive figure.

Morgan has played over 200 times, over various formats, for his adopted country but his step over from the Irish team lingers. Whenever Morgan hits a rough patch, his team do, or Piers Morgan complains about him not singing 'God Save the Queen', his Irishness is brought up.

Eoin Morgan if you're going to captain our cricket team SING THE NATIONAL ANTHEM YOU WANKER! 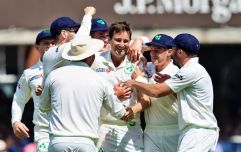 END_OF_DOCUMENT_TOKEN_TO_BE_REPLACED

Over the past year, he has led England to shortened format series wins over Pakistan, Sri Lanka and helped them to the T20 World Cup Final, where they lost to the West Indies.

All of that does not appear to be enough credit in the bank for a stand the Dubliner, and fellow England teammate Alex Hales, have taken against touring Bangladesh. Instead he will take part in Australia's lucrative Big Bash with the Sydney Thunder.

Morgan and Hales told the English Cricket Board they did not want to tour a country that has been badly hit by terrorist attacks in recent years. Only in July, 21 people were killed in a Dhaka restaurant during a hostage-taking incident that went horribly wrong.

Morgan has been in India and Bangladesh, in recent years, when, respectively, a bomb went off at one ground and there were riots due to political tensions. He firmly stated in the past that he would not tour again where his personal safety was under question.

That stance has not stopped former England captain Michael Vaughan from writing in The Daily Telegraph that Morgan has made a huge mistake. "The players will support him in the press but there will be a little thought at the back of their minds that he went missing at a difficult time for the side," he added. Vaughan also tweeted this:

If the Security EXPERTS say it's safe too go .. You pack your bags,travel and get ready to play Cricket .. #Bangladesh 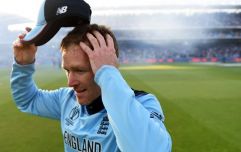 END_OF_DOCUMENT_TOKEN_TO_BE_REPLACED

Another former England captain, and Sky Sports pundit, Nasser Hussain commented, "An England captain cannot stand by and watch his players do something he is not prepared to do himself."

Unsurprisingly, there has been a strong reaction on social media. Some of it has been way out of order.

Eoin Morgan signed up for big bash rather than representing his country. DISGRACE! Absolute disgrace!

We've been reliably informed that this is a sarcastic tweet

Eoin Morgan is going to earn MONEY by playing CRICKET in a country that ISN'T BANGLADESH. #disgrace #wrong #foreign https://t.co/KOcfEg9cUY

These simply stepped beyond the mark

It will be interesting to see how this plays out and what the reaction to Morgan is when he next plays for England.

"I completely respect the decision that has been made. There are things that happen in the world that are much bigger than cricket."