That is how long Dan Martin fought, slogged, sprinted, chased, climbed, harried and emptied himself around the 234-kilometre Tokyo course, today, all in pursuit of a medal for Ireland.

Martin was part of a three-man Irish contingent and had Nicolas Roche and Eddie Dunbar, who made a breakaway attempt with 80 kilometres to go, for company. Roche played the role of 'domestique' as he cajoled, and fetched for, Martin for the first stretch of the race.

The hope was that riding down any breakaways and solo runs, Martin could be in the picture for the final 30 kilometre stretch, which included two climbs and a finish at the Fuji International Speedway. 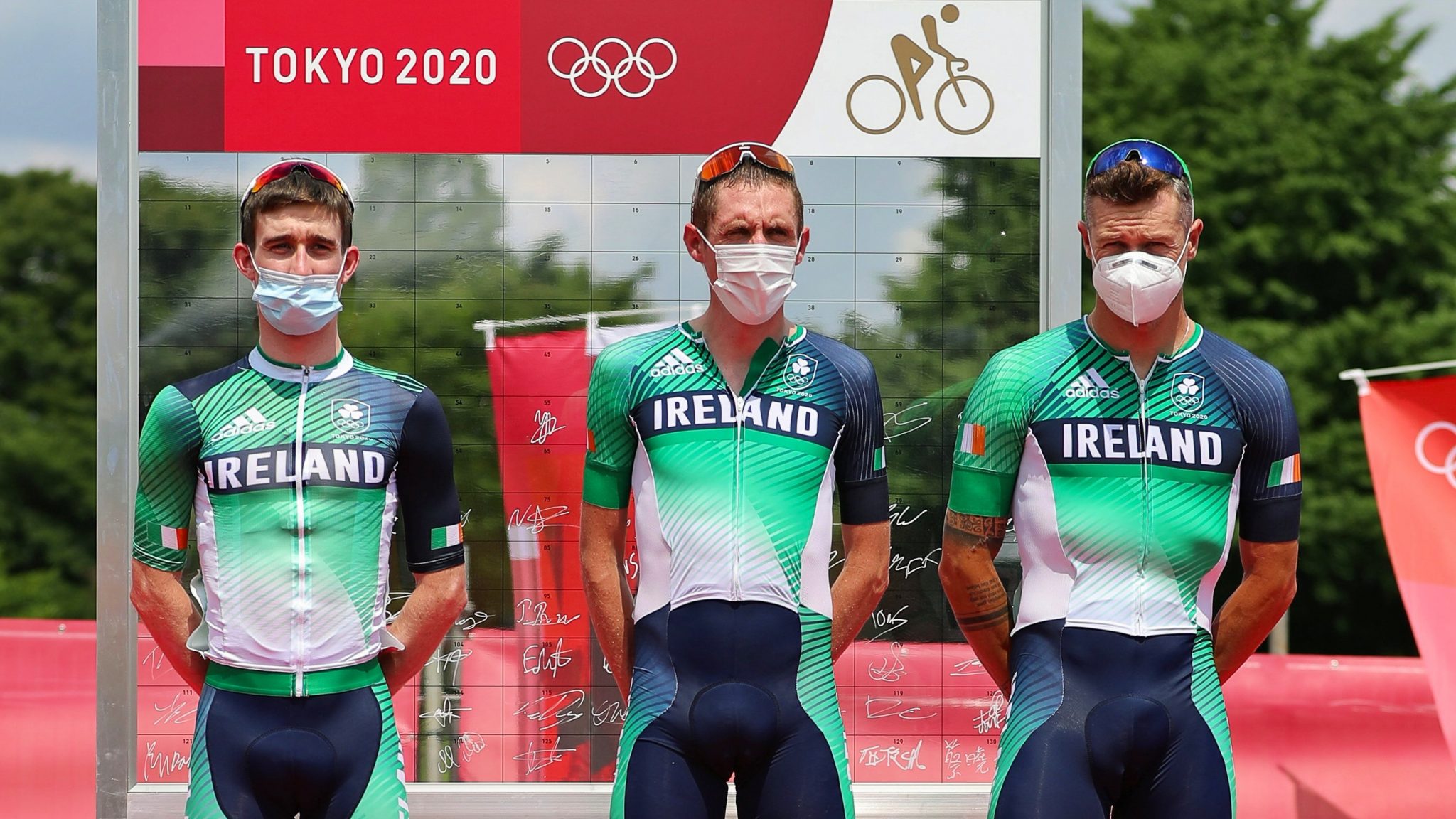 And so it played out as we got into the final 30 minutes of racing. Dunbar and Roche fell off as the likes of Tadej Pogacar, Wout van Aert and Richard Carapaz pinned their ears back and belted on. The Irish duo would eventually cross the line together - 75th and 76th - some 10 minutes after the race winner.

END_OF_DOCUMENT_TOKEN_TO_BE_REPLACED

Dan Martin could not keep up with the leading lights, over that last, sustained dart for the line. Brandon McNulty [USA] and Carapaz [Ecuador] went for broke with 25 minutes to go. The chasing pack could not reel them in, early, and it looked like gold and silver were wrapped up.

With just under six kilometres to go, though, Carapaz found he still had fuel left in the tank and he went solo. McNulty could not stay with him and would eventually finish sixth.

The chasing pack that had swallowed up the American all seemed to acknowledge, with just over two kilometres to go, that Carapaz would not be caught. They eased up and prepared for a sprint finish that would decide the silver and bronze medals.

And so it was, Carapaz would cross the line in 6:05:26 to claim just the second gold medal in Ecuador's Olympic history. The sprint finish came over the finish line just over a minute later and would see van Aert pip this year's Tour de France winner Tadej Pogacar to silver by the with of a tyre rim.

END_OF_DOCUMENT_TOKEN_TO_BE_REPLACED

The TV feed then briefly switched back to Carapaz as he soaked up a hard-earned victory. In less than two minutes, Martin, who had been in the second chasing pack, was due to finish. There was a best possible finish of 13th on offer and his family and friends, and the Irish fans watching from home, would have been eager to see him duel it out down that finishing speedway straight.

And then, RTÉ cut to an ad break.

If you wanted to see how Ireland's leading cyclist got on at the end of a road race the national broadcast had covered for hours and hours, you had to switch over to BBC.

Sure enough, Martin gave it his all in that final sprint. Positions 13 to 20 were up for grabs and Martin left nothing out there. He beat Great Britain's Simon Yates to the line for a final finish of 16th.

It was not the medal Martin would have been looking for. In truth, he would have loved to have been in that final chasing pack with van Aert and Pogacar, just to give himself a sniff of a medal, but it was not to be.

Martin finished ahead of the acclaimed likes of Vincenzo Nibali, Primož Roglič, Alejandro Valverde and Richie Porte, but it was still not enough.

He can hold his head high, though. A top 20 finish in a stacked field, on a tough course in sweltering heat and still within touching distance going into that final 25 kilometres.

It is just a shame that RTÉ, having covered so much of the race in the early hours of this morning, could not hold on that extra 90 or 120 seconds to see Ireland's best finisher cross that line.


popular
CCCC order replay of All-Ireland club football final
Shane Lowry confirms amicable split from caddie after four and a half year partnership
Owen Farrell praises Johnny Sexton in revealing interview ahead of Six Nations
January transfer window 2023: Follow the latest updates live in our hub
Christian Eriksen set to miss the next few months with injury, Man United confirm
British publication urges Gareth Southgate to claim Evan Ferguson for England
Kilmacud Crokes to counter Glen's objection over extra players in All-Ireland final
You may also like
1 year ago
"I'm really passionate about getting it up and off the ground" - Kellie Harrington plans to open boxing gym
1 year ago
"You can have all the money in the world and still be a shit athlete. I just want to be the best"
1 year ago
Olympic Silver Medalist reveals she was pregnant during Tokyo 2020
1 year ago
Boxing investigation finds at least seven suspicious results at Rio Olympics
1 year ago
Kellie Harrington makes her decision between turning pro or staying amateur
1 year ago
"I’ve had some offers" - Kellie Harrington weighs up her options of turning professional or staying ameatuer
Next Page