DCU Athletics Club have hit back at the university's stance that there is no scope for an 'exceptional circumstance' claim in the case of athletics coach Enda Fitzpatrick.

The Longford man has been the head of athletics in DCU since 2005. He held this role on a secondment basis however on the back of the latest directive from the Department of Education and Skills, DCU have claimed that secondments which have existed over a period of many years will no longer be considered in August.

They went onto claim that they will advertise for a full-time permanent position for the head of athletics in the coming weeks, deeming Fitzpatrick's work at the university finished.

The Athletics Club maintain that an 'exceptional circumstance' case should apply in Fitzpatrick's case though. This is on the basis that he has a desire to continue himself and that his original school of employment (Holy Faith) have backed him to do so. The third criteria is for DCU senior management to support his decision to continue in his current role. This support has not arrived.

The Athletics Club understand that the Department of Education would consider the application in that instance.

The statement reads as follows: 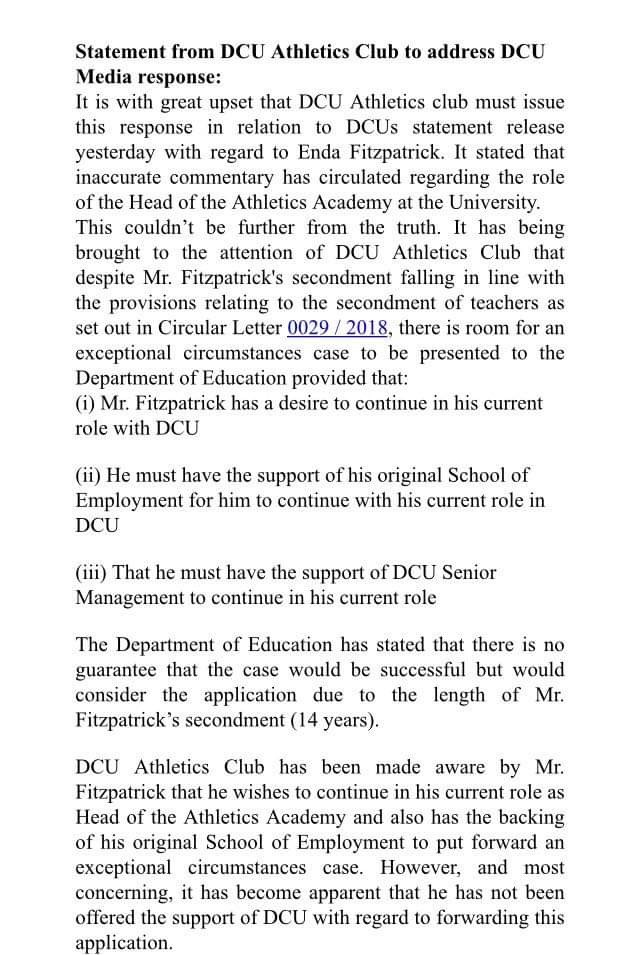 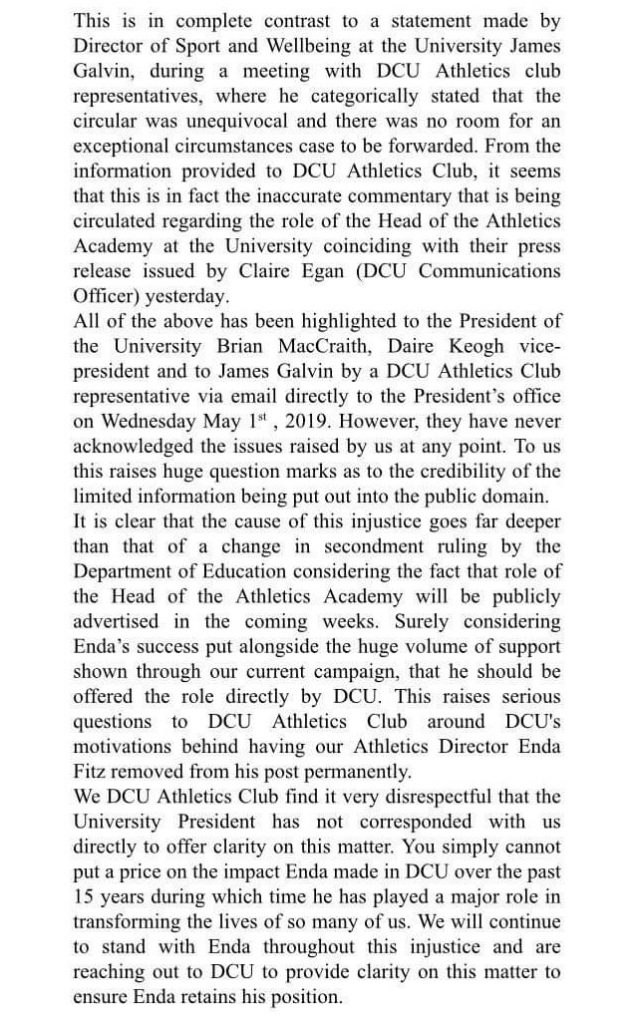