Brisbane has been confirmed as host of the 2032 Games

Brisbane will host the 2032 Olympic and Paralympic Games, following approval from the International Olympic Committee.

This will be the third time the Games have been staged in Australia after Melbourne in 1956 and Sydney in 2000. 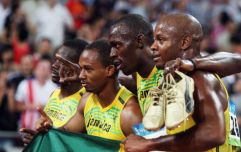 END_OF_DOCUMENT_TOKEN_TO_BE_REPLACED

Brisbane had been named the preferred bidder to host the Games last month by the IOC's executive board. Other cities - including Jakarta, Doha and Madrid had also expressed an interest in hosting the Games.

With the new confirmed, Australian Prime Minister Scott Morrison described it as a "historic day" for the city, region and Australia as a whole.

"Only global cities can secure the Olympic Games, so this is fitting recognition for Brisbane's standing across our region and the world," Morrison added.

The news was greeted with fireworks in the city, where people had gathered to wait for news of the vote. 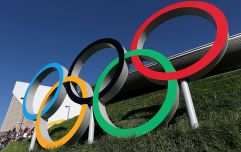 The scale of state-sponsored doping in Russia is simply ridiculous, according to a new report

END_OF_DOCUMENT_TOKEN_TO_BE_REPLACED

"The International Olympic Committee has the honour to announce that the Games of the 35th Olympiad are awarded to Brisbane, Australia," said Thomas Bach, the IOC president.

The city hosted some events as part of the 2018 Gold Coast Commonwealth Games, holding the Games outright in 1982.


popular
"To be able to call myself the fastest man in Irish history is just amazing" - Olatunde overjoyed after record-breaking run
“Players flourished when Roy Keane left” - Rio Ferdinand on why Keane was a 'detriment' to Man United
The moment Israel Olatunde realised he qualified for the Euro 100m final is what it's all about
Jamie Carragher on the three Man United players Erik ten Hag can't trust
"I went up to the Italians and gave them a big auld shoulder" - Paul O'Donovan does it again
Jurgen Klopp reacted like everyone else to Darwin Nunez headbutt red card
Wexford, Waterford and Kilkenny down some good men as Australia calls
You may also like
1 year ago
"The last mile is never crowded."
1 year ago
Failed drugs test rules Okagbare out of what should be the race of the games
1 year ago
Russia banned from World Cup and Olympics
3 years ago
Military coups, AK47s and gold medals - the remarkable story of how Ben Ryan guided Fiji to Olympic Sevens glory
5 years ago
The 10 greatest sporting memories from growing up in the 1990s
6 years ago
Here are all the Premier League players going to the Olympics
Next Page