Born and raised in USA, Sligo ladies star was was always coming home

If you ever turn up at a Sligo match and see the flag with stars and stripes on it, it’s likely to be in the hands of a Henry family member.

Declan Henry is currently researching whether he can make it home in time for 23 June, so he can watch his daughter play for Sligo again.

Kelly Ann Henry was born and raised in the USA, while her family still live in the Big Apple.

She only arrived in Ireland a couple of years ago, and she is already on the verge of her second TG4 Connacht final with her adopted county.

“I am from Pearl River in New York,” said Henry.

“My Mam and Dad moved over in the 1980s. They decided to raise their family over there. We lived in Queens for a while and then we moved to Pearl River for school.”

But Henry was Irish through and through, and never strayed too far from her Irish heritage.

She played Lacrosse, hockey and dabbled in cross-country at Pearl River High School, but Ladies football was her calling.

“Our school was a big huge Irish community. I played football for Rockland GAA Club as well, they are one of the biggest clubs outside of Ireland, we had our own pitches and everything,” said Henry. 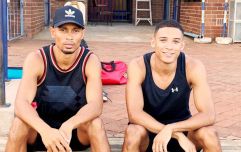 END_OF_DOCUMENT_TOKEN_TO_BE_REPLACED

“It’s a great credit to the LGFA and the work they put in abroad to keep everyone going. The girls are getting better and better over there. Rockland is a huge club. It would be very competitive and the girls are unbelievable athletes. It transfers to the football.

“We used to come over on Féile trips when we were 14. You keep going back as you get older. They become your best friends. It was the best craic ever.

“We were always involved in all different sorts of Irish things. There are hundreds of other people like me whose Mams and Dads are Irish and the culture is thriving over there.”

Declan Henry and his wife Bridie would travel back to Ireland, and their home town of Curry, every summer for six weeks.

Kerry Ann was the eldest daughter, and she loved the trip, along with sisters Mary-Kate and Sinead, and her brother Joseph.

The highlight of most summers, it would also inevitably involve taking in a few gaelic football matches, and they were staunch Sligo supporters.

“Whenever we were in Ireland we would try and go to a match,” said Henry.

“My first one was when the Sligo men played Galway in the Connacht semi-final. That was our first football match and it went down to the last kick of the game and Sligo won by a point. 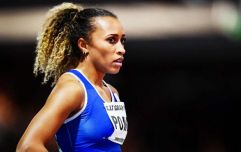 END_OF_DOCUMENT_TOKEN_TO_BE_REPLACED

“We were all so excited, we were screaming and roaring. Some of us couldn’t watch with excitement and nerves. I remember it was lashing rain that day in Markievicz Park.

“And the fact that I am here now, I will definitely try and get to the Sligo and Galway game this weekend too.”

Henry is 20 now and she studies physiotherapy in UCD. She plays as a forward for Curry, but lives in Dublin and commutes on weekends.

She made her Sligo championship debut against Roscommon last year and is looking to avenge that TG4 Connacht final defeat when the teams potentially meet again next month.

Sligo’s final opponents will be revealed next Sunday, when holders Roscommon meet Leitrim.

“It is bringing back memories of last year when I was just starting off,” said Henry.

“It is nice to be prepared and know what I am getting myself into this year. The family will be over after that but Dad is looking into flights to come over and add to the nerves.

“I was never used to the big parades and I knew the tune of the national anthem but I can’t say I knew all the words. And playing in such a big stadium in Castlebar last year, it was a shock.

“My Dad was over for the Connacht final, and my Mam and siblings flew over the (All-Ireland) semi-final against Tyrone.

“My Mam and Dad were huge Sligo fans growing up. It was a really proud moment for them to see me in the black and white.

“But it is still a bit weird when you see the American flag in the stands, it is always a bit funny looking out at that.”


popular
Can you name every English football club that begins with 'W'?
QUIZ: Name the country these football teams play in
SportsJOE 2000s Football Quiz | Round 9
The SportsJOE 12 o'clock quiz | Day 106
How Connacht could line up after summer of massive change
"He just walked out the door without saying goodbye or anything. It was just so Axel. It was so perfect."
The SportsJOE 12 o'clock quiz | Day 103
You may also like
1 year ago
Offaly sub lamps Sligo kick-out out of pitch...for his county
1 year ago
Most of us were fast asleep by the time Sligo hurling semi-final finished last night
1 year ago
The one senior club in Ireland who are still in county football and hurling championships
1 year ago
Paul Taylor ratified as new Sligo football manager for 2019
1 year ago
82-point win in Sligo senior hurling championship
2 years ago
Sligo intermediate team train in the bog in an act that shows everything great about the GAA
Next Page