Three-time Grand Slam champion Andy Murray had a few choice words for the England government following his incredible 3-2 victory at Wimbledon on Wednesday night. It took five gruelling sets with German powerhouse Oscar Otte before Murray finally overcame his opponent and while it wasn't vintage Murray, while his movement isn't as free-flowing as what it used to be, make no bones about it, the Scot still has that iron will which made him one of the best players of his generation.

Afterwards, Murray had a few things to get off his chest and it wasn't long before he was calling out the Tory government for their lack of empathy towards Key-workers. 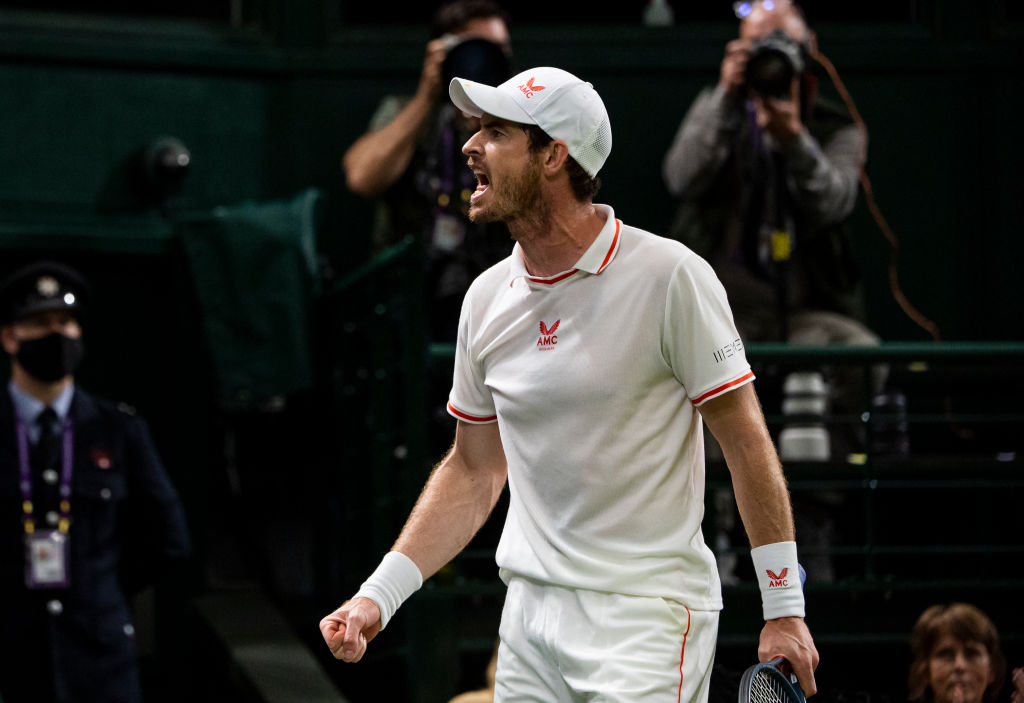 END_OF_DOCUMENT_TOKEN_TO_BE_REPLACED

Wimbledon did a miraculous job of honouring key workers. They allowed them access to the royal box and produced a stunning standing ovation that left many in tears. Murray was asked about their special guests, to which he had nothing but positive things to say in their support.

For those of you wondering if Murray caught the footie, then he did watch a portion. For the first half, he was, unfortunately, training, but he was able to offer his thoughts on the coming game against Ukraine:

"I think England have got a pretty decent chance, it seems like, of winning. Ukraine is a solid draw, I think, and then if they can get back to Wembley for the semi-finals, I think that’s against Denmark or Czech; they’d be favourites there. Yeah, it’s a great opportunity for England to win a major competition for the first time in a while. Hopefully they can do it."

Unreal atmosphere out there tonight… thanks so much to everyone that was in there watching and supporting.. you carried me over the line 👏 life in the old dog yet eh!🐕

END_OF_DOCUMENT_TOKEN_TO_BE_REPLACED

But on the subject of key workers, Murray is clearly very passionate.

"I think the whole country kind of realised how important they all are, and maybe hadn’t got the recognition that they probably deserve up until now.

END_OF_DOCUMENT_TOKEN_TO_BE_REPLACED

"So, yeah, it’s fantastic that they have been able to come along and watch some of the tennis.

"Hopefully they can enjoy it and, yeah, hopefully the politicians can realise that they deserve more than what they are getting paid just now.

"I think what is it, they got something like a 1% pay rise? It was pathetic.

"So, yeah, they obviously deserve a lot more than that, and, yeah, they have done an amazing job getting us through the pandemic."

Murray talks about the one-percent pay increase that the government have proposed for front line workers. However, with inflation currently at 1.5 per cent, this would actually be a pay decrease.

Murray may not have heard that we did clap for the NHS for a few months, so what more do they want? Perhaps job security? Support? Better wages? Hopefully, though doubtfully, the government will hear Murray's words and offer an alternative.


popular
Kieran McGeeney on the defensive after post-match questions on brawl
Damien Comer targeted in brutal, chaotic Armagh and Galway brawl
Conor Gleeson's gesture to heartbroken Ethan Rafferty a tonic after sideline brawl
Roy Keane makes good on bet after seeing Cork fall to Dublin
Craig Casey relishing challenge of creating rugby history in New Zealand
Liverpool set £60m Mo Salah price as contract talks continue
"That bit of a fracas nearly woke us back up again" - McDaid never doubted his boys in the shoot-out
You may also like
13 hours ago
QUIZ: Name every club to play in the Champions League
13 hours ago
Malcolm Ebiowei 'ignored Erik ten Hag text' before signing for Crystal Palace
1 day ago
Newcastle set to beat AC Milan to Sven Botman after agreeing a fee
1 day ago
Liverpool set £60m Mo Salah price as contract talks continue
1 day ago
Fans complain about away kit clash in England women's friendly
1 day ago
Anthony Joshua says he will be a "boxing legend" if he wins Usyk rematch
Next Page