Rianna Jarrett: A Wexford hero every youngster can look up to

Rianna Jarrett: a Wexford girl made in Wexford.

From when she was a youngster playing with North End United and then with Curracloe, Rianna Jarrett always had it.

Mapped for stardom from her early years, Wexford Youths was the natural progression.

The biggest club in Wexford were first in and Jarrett jumped at the chance. In 2011, as an 18-year-old with stars in her eyes, Jarrett had high hopes and big dreams. 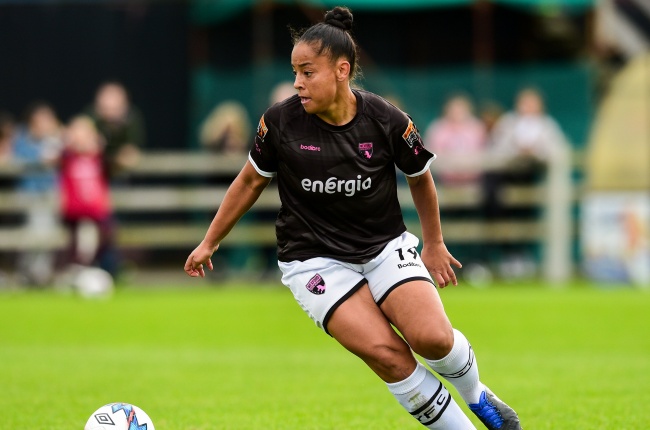 Just a year earlier, she'd first played with the Republic of Ireland under-17s. In two years time the American colleges had heard about this clinical forward and it wasn't long before she was breaking goalscoring records University of Tennessee. Jarrett was always a goalscorer.

But then came the tough years. In 2015, Jarrett suffered the injury every sportsperson dreads. The cruciate ligament knocked at the door for the first time and that signalled the end of the American dream.

As the goals went in one after another in the sunny south east, Colin Bell and the Irish women's senior team couldn't but take notice. It was in 2016 when Jarrett made her debut off the bench against Italy at the Cyprus Cup.

Meant to be the biggest day of her life, meant to be the beginning of her dreams, it ended after nine minutes in heartbreak after just nine minutes. Another cruciate, the second time she'd suffered that, it would have broken a lesser person.

END_OF_DOCUMENT_TOKEN_TO_BE_REPLACED

But Jarrett, who has a Wexford mother and a Jamaican father wasn't taking no for an answer. Not having come this far. By 2018, she was back. And we mean back.

27 goals for the Youths and named the WNL player of the season. Talk about bouncebackability. By 2019, her form had elevated even further and that's why Vera Pauw has her playing a key role for this Irish women's side.

And on a windy Tuesday night in Tallaght, Jarrett showed what she can do. She lived her dream. Having chased, hassled and harried from the word go, her just reward came on the stroke of the half hour when she jumped highest and hardest to head in Katie McCabe's corner.

Jarrett ran herself into the ground from then home, but the most striking part of her play was her link-up and first touch. By the end of it she was named the player of the match and no-one could have begrudged her that.

"It's something I've dreamed of since I was a little kid."

"It's something I've dreamed of since I was a little kid"

That's what it means to Rianna Jarrett.

But these Irish women are focused on the road ahead 🇮🇪pic.twitter.com/8Q0HIGWffI


popular
Two debutants and some shocks as Farrell names Ireland team
"I want to be myself... Imitation's not a great thing, you know?"
Conor McGregor demands apology from ESPN pundit over Cerrone comments
Two giants rise above the fray
Woodward must "prove us all wrong", not Sanchez
Kerry vs. Dublin ends in meleé, and a draw
Alexis Sanchez salary details explain why Man United didn't splash big this summer
You may also like
3 months ago
After beating the door down, admirable Clare club chasing even more success
3 months ago
PlayXPlay | Nicole Owens interview on ACL rehab and helping the team when injured
3 months ago
"For Aoife to hand me the cup, it was brilliant, we all support her"
3 months ago
Ballymacarbry: 38 years of winning
3 months ago
Ciara Mageean's training diary: Three sessions a day, Sunday morning mass and minding the mental side
3 months ago
"My passion was camogie, athletics was going to be kicked to the curb"
Next Page