Irish women's hockey coach Graham Shaw has been on an emotional rollercoaster this week.

Shaw has spearheaded an Irish team ranked 16th in the world to a World Cup final and he was quite emotional in his post-match interview. 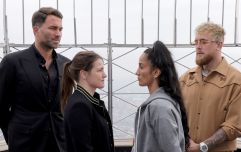 END_OF_DOCUMENT_TOKEN_TO_BE_REPLACED

Ireland will play the winner of the other semi-final between fifth ranked Australia and defending World Cup champions the Netherlands on Sunday and if the Dutch should prevail in that tie it will give Shaw his long awaited wish of having a crack at the number one ranked team in women's field hockey.

"Listen I've been asking the Dutch for a game for three years and they don't have a bloody choice now, they're going to have to play us," said Shaw.

"We just want to thank everyone for the support at home. It's been incredible and hopefully it's going to be a life changing moment for these girls."

Shaw praised his side's resilience and belief and commented that he's never been involved with a group that has been so unified and together.

"This is just incredible for our sport," added Shaw.

"I didn't think this would happen in our lifetime. I'm just so proud of them.

"I've never been involved with a team so together  my whole entire life. They're best friends. They fight for every single moment with each other out there and they never give up. They stay together and even when the hard times came in the penalty shootout they still believed.