Growing up, Joan Healy was the trailblazer in the Healy household.

The older sister, she inspired her younger sibling Phil into the sprinting game with her achievements and her success. At first, it didn't all come easy for Phil, who only really began to make strides in fifth year but from there she took off and now she's the dominant female sprinter in the country, and the fastest female Ireland has ever seen.

Joan isn't far behind, regularly pushing Phil all the way and between them, they have a healthy rivalry that gets the best out of them both.

"Right up until fifth year, I played camogie and football and balanced the athletics as well," says Phil at the EBS Irish volunteers in Sport media day, "But I would never have made finals in athletics back then - I didn’t make the All-Ireland schools until I was in fifth year. Then in 6th year, that was my breakthrough as such - I came fourth in European juniors in Italy and then went to the Euro seniors the following year. 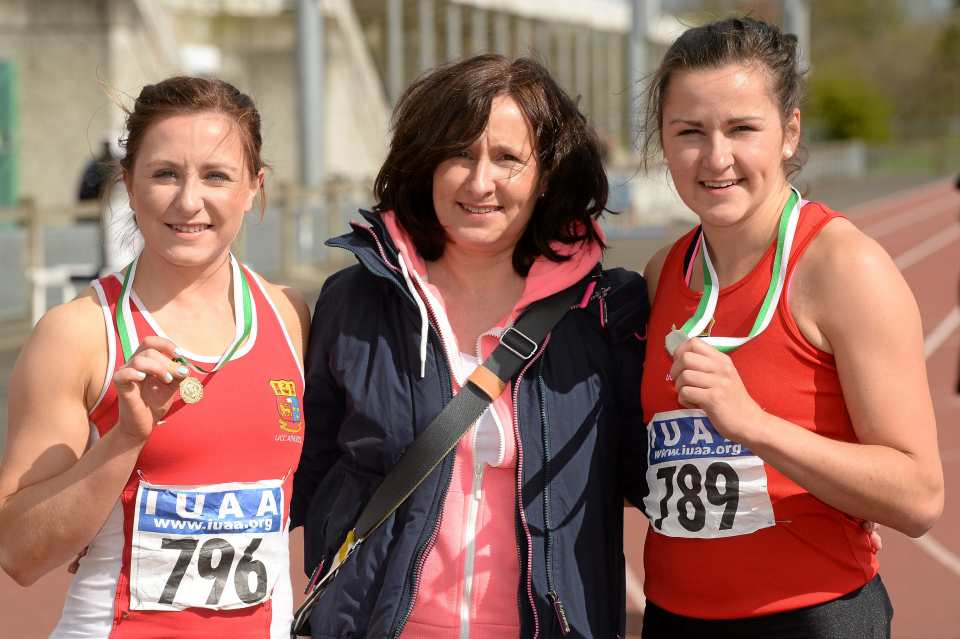 "My sister Joan led the way in the sport for me, she was the one who was always winning and things like that. But I think it shows that you don’t have to be winning at a young age, if you just stick with the sport and stick through it, it’s worth it. People need to realise too it’s not all about winning. I enjoyed the sport and I continued with the sport and then I made my breakthrough as time went on. The focus is often about winning but the whole culture of the sport needs to change in so far as the mental well-being, making friends and enjoying the sport. It changes as you get older but for youngsters it’s so important that they are enjoying it..."

As in all sports, there comes a time when it just isn't all going to plan for one reason or another, and that's when the Healy sisters drive each other on, as happened this summer.

END_OF_DOCUMENT_TOKEN_TO_BE_REPLACED

"Joan had a race in Cork where it didn’t go to plan. And I was like, not every race will go to plan. I knew the potential that she had but that it just didn’t work out that day. So from looking from the outside, I convinced her to race in the nationals. Her and her coach had pulled from the nationals as such but I was just like ‘enter, you have two more weeks to train, you don’t want to be sitting at home watching on tv knowing that you could be a finalist, you could be a medallist. Take away that from the summer that you had the resilience to do it.' She was delighted that she did it and that she has a national medal to show for this year and that she didn’t...as I said to her, you don’t want to be a soft athlete, you want to have that resilience and test yourself."

There's no softness in the Healy household and despite having dislocated her shoulder earlier this summer when performing a gym exercise, she battled back to win the National title in the 100m and 200m this month. The next big goal is Tokyo 2020, and the key for Ireland's fastest woman will be to avoid injuries and keep the train moving forward.

"Absolutely. Much of that avoiding injuries comes from the strength side of things. If you’re conditioned enough, your technique is good and obviously monitoring with the physio, that's the key. I would  see the physio once every week or two weeks just to keep the body primed and so that it’s more of a prevention than a cure. Everything combines together to make sure your body is bulletproof as such. Obviously, injuries happen in certain ways - last year I broke my foot just wobbling off a step. Sometimes, it’s the freak ones - like dislocating my shoulder or breaking my foot. Just like all things, you have a plan A and if your plan A goes out the window, it’s onto plan B and you adapt that way." 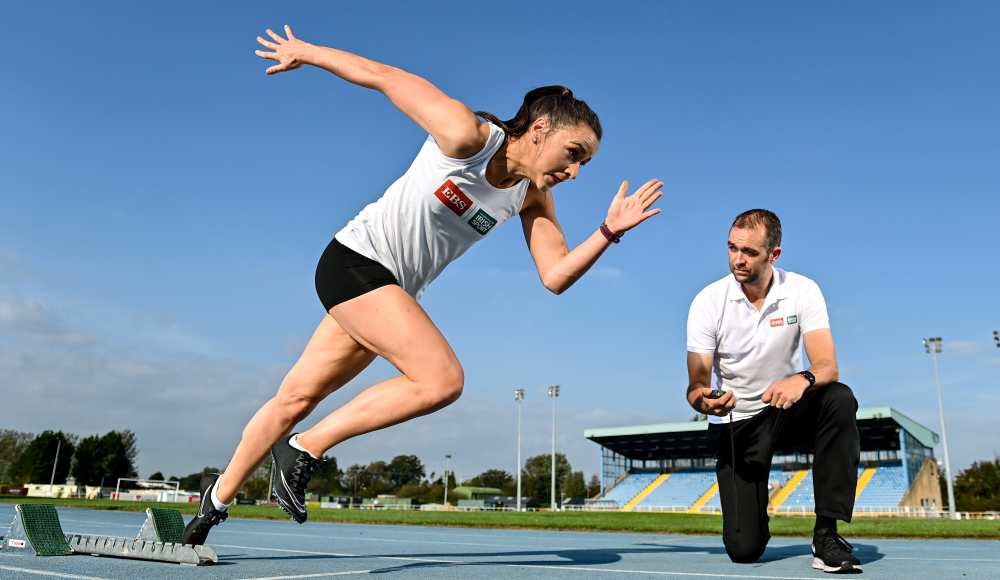 popular
"My job at Sky is not to be a cheerleader for Rory McIlroy" - Paul McGinley
QUIZ: Can you guess the football shirt sponsors of these classic 90s kits?
Sam Bennett's green jersey masterclass got Lance Armstrong talking
"He's found a way to do it. Whether that's good or bad for the game, I don't know"
The SportsJOE 12 o'clock quiz | Day 187
QUIZ: Identify the football club from these 12 crests
Only old-school fans will get 20/20 in this 1990s footballers quiz | Part 2
You may also like
4 months ago
Decorated Kerry GAA clan settled down in Meath
5 months ago
"Hopefully I have no flare-ups, but so far I’m easing back into it nice and slowly"
5 months ago
“I like to set a short term goal and if it doesn’t happen then I reset and go again"
5 months ago
"If only they could see the effect of the virus" - Carlow footballer Byrne putting best foot forward
5 months ago
Tyrone ladies keeping show on the road with online sessions
5 months ago
"Why can't we do that ourselves" - tradition and total commitment brought glory days back
Next Page