For Caitriona Cormican, the dream was almost over.

As a Gaelic footballer, she'd lived the dream. May not have won a senior All-Ireland with Galway but had represented her county at the highest level for years.

As a camogie player, she played for the Galway intermediates, dreamed about making the seniors. A couple of years ago, she decided it was time to stop the dreaming.

"A couple of years ago, I was asked to be the team doctor.

"So at that stage I thought 'well I’ll never play senior camogie for Galway,'" she says at the launch of AIB's The Toughest summer.

Life goes on. Training to be a doctor is as time-consuming as it is draining but somehow in the middle of it all, Cormican found the desire not only to play ladies football for her county, but to play camogie too. And to do it all for years.

Her form didn't suffer with the hectic lifestyle, picked up rather, and having shown well for her club Cappataggle and indeed for the Galway intermediates, Cathal Murray recognised in 2018, that this 29-year-old had earned her place on the senior team. 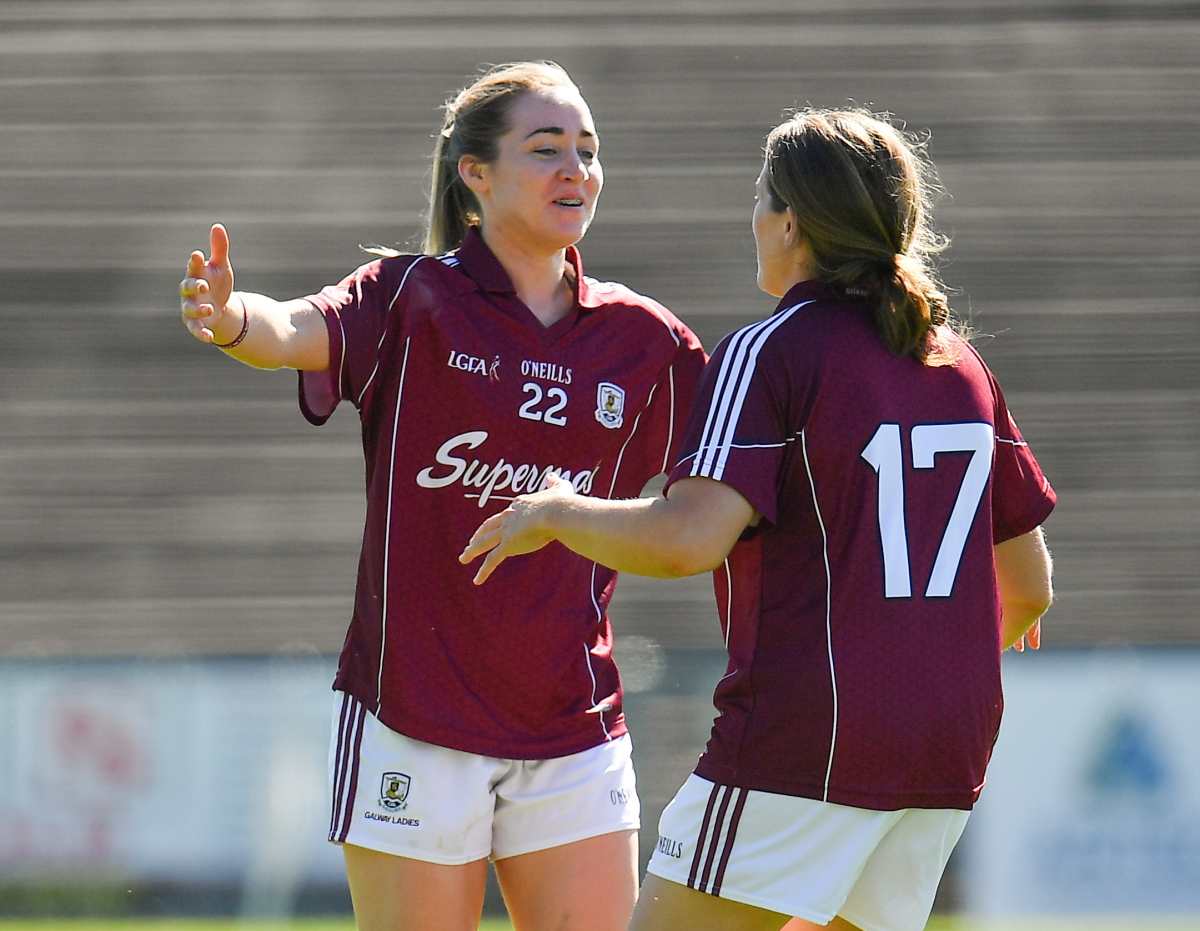 Come the end of the year, with her training as a doctor complete and with a job as a GP in Oranmore on the horizon, Cormican had a decision to make on 2019. Dual dream or choose one.

She followed her heart in choosing camogie and by September, she was centre back, all influential and dominant, on the Galway team that won its first All-Ireland since 2013.

"I was lucky enough to get asked in the next year and I couldn’t have predicted what was going to happen so it was just unbelievable, all my dreams came true really.

"It was crazy, a complete dream come true. Not even a dream because I wouldn’t have even thought that it would happen..."

The mention of last year's win brings the memories back and that's why she wants another one. For now though, she's learned to take things one step at a time as she's returned to play with her club Cappataggle and in life as a GP in Galway.

"I suppose a few months ago it was definitely looking bleak. I didn't think we'd be able to go back and play sport. When we heard John "Horan on the Sunday game as well we definitely didn't think there would be any GAA. I suppose it all goes according to numbers.

"It was felt that the numbers were quite low in the community and the risk was quite low, so it's all about weighing up the risk and the benefits..." 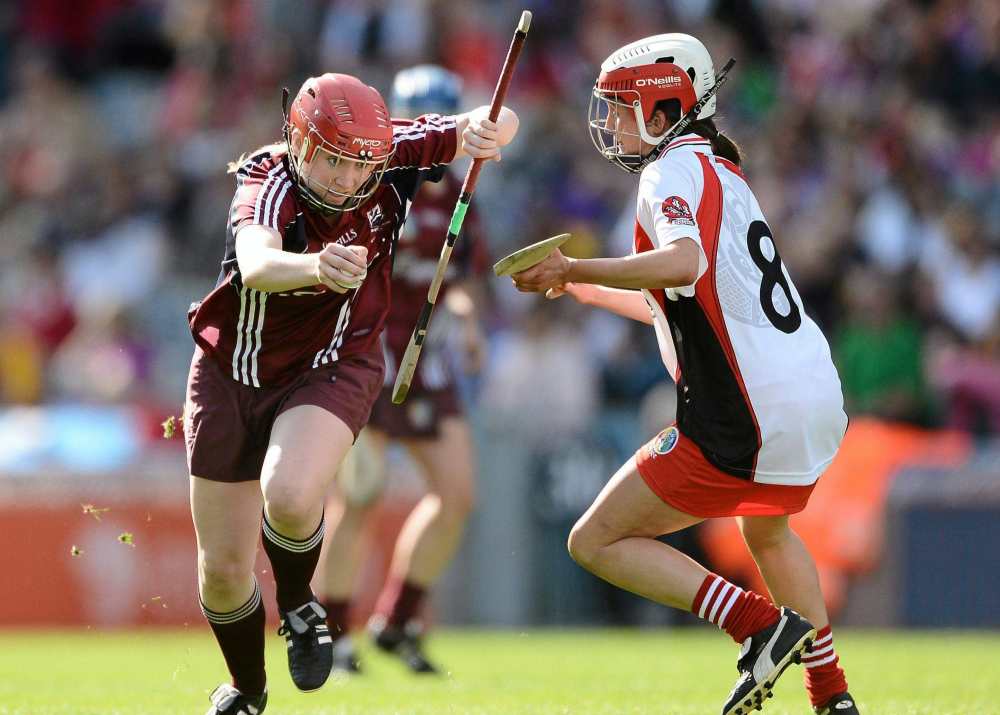 Insightfully and encouragingly, Cormican the GP believes it is safe to be playing GAA so long as the guidelines regarding dressing rooms and so on are adhered to.

"So I suppose because the numbers were quite low in the community, they did feel it was safe to go back playing. But, I suppose, as a player you have to decide yourself. Am I happy enough? We all know in sport that we are going to be in close contact with team-mates and with the opposing team. And you have to weigh it up are you happy enough to take that risk and go back.

"From my experience, everyone seems to (be willing to take that risk). We even have higher numbers at the club now probably because people aren't gone travelling, they're not gone away, they're not working the part-time jobs they usually would in the summer.

"So the numbers are actually higher. I think that's because sport is such an outlet, it's not only good for our physical health but also our medical health. Just having it back, it was great.

"But, I suppose, it's something we have to reassess every week. We can't predict what we're going to be doing in two month's time."

As for the prospect of a December All-Ireland, she has the fingers crossed that will become a reality but won't get too far ahead of herself.

"I know there's plans in place but, really, if the numbers continue to increase there is a risk we may end up going backwards and that in turn may affect sport. So I suppose we're taking it week by week and assessing the risks according to the numbers."

For now, she's just enjoying life as a GP.

"I love the bonds, especially with the sport. Yesterday, I had the mask on and this man said to me: ‘Do I recognise you from somewhere?’ I said: ‘No, I don’t think so.’ And he said: ‘Do you play camogie?’ so then we ended up having a chat for a good while about camogie and hurling so it’s great. It’s a great thing to have but I love the way you can have a connection with your patients, you know their families. You feel a part of them" 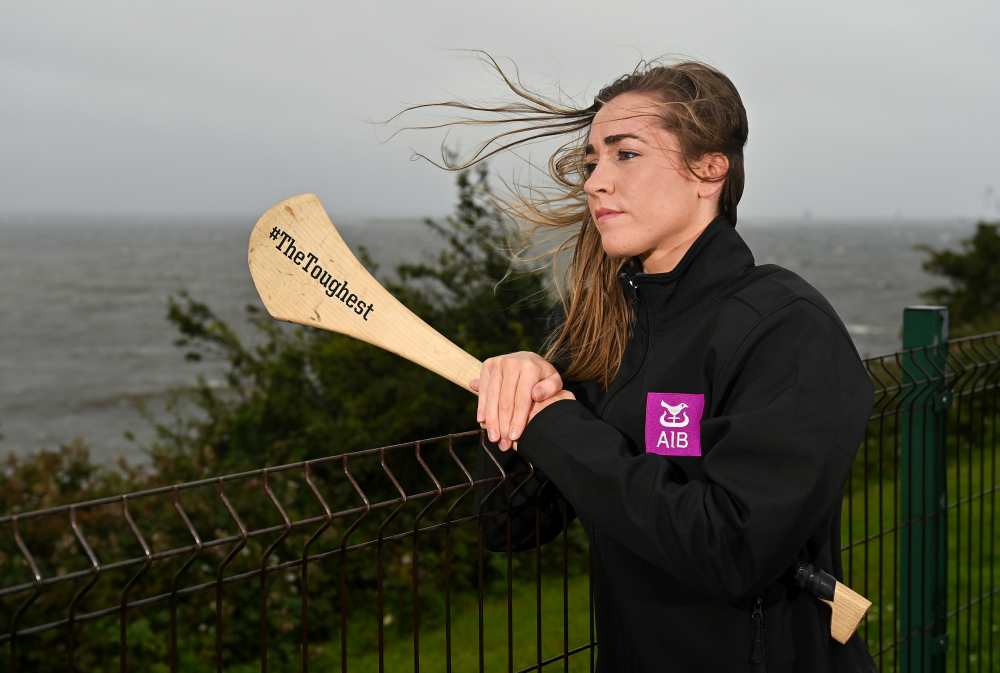 5 August 2020; Cappataggle and Galway Camogie player Caitriona Cormican is pictured ahead of Episode Three of AIB's The Toughest Summer, a documentary which tells the story of Summer 2020 which saw an unprecedented halt to Gaelic Games. The series is made up of five webisodes as well as a full-length documentary to air on RTÉ One in late August.

popular
The SportsJOE 12 o'clock quiz | Day 186
Only old-school fans will get 20/20 in this 1990s footballers quiz | Part 2
Tottenham open talks for Inter's Milan Skriniar
QUIZ: Identify the football club from these 12 crests
Rio Ferdinand story about Dwight Yorke conversation shows Alex Ferguson's ruthless streak
The SportsJOE 12 o'clock quiz | Day 185
Sam Bennett's green jersey masterclass got Lance Armstrong talking
You may also like
7 months ago
"I hate a handpass goal so as a back, I think they're good"
1 year ago
Murray's courage of conviction shouldn't go under the radar
1 year ago
"We knew where we needed to change things" - How Galway got back on track
1 year ago
Despite playing county, Aoife Donohue never misses a training session for her club
1 year ago
Best of rivals all set for another gripping camogie finale
1 year ago
"I took a risk two years ago to step back from the soccer and I was lucky enough"
Next Page