He may be going, but he is not gone.

As most professional athletes would attest to, questions about retirement and next steps start as soon as the candles on a 30th birthday cake are blown out. Tom Brady, then, will be well used to the chatter and speculation.

We are in an era where, thanks to improvements in training techniques, nutrition, self-care, sleeping patterns and myriad of other one-percenters, athletes can play on at the top level for longer.

END_OF_DOCUMENT_TOKEN_TO_BE_REPLACED

We are used to seeing the likes of LeBron James, Roger Federer, Phil Mickelson, Carli Lloyd, Cristiano Ronaldo, and more, defying the sporting norms of old. Tom Brady is right up there. At 43, he won his seventh Super Bowl and he was still going this year, at 44, as the Tampa Bay Buccaneers reached the playoffs but could not defend his crown.

With the Buccaneers bowing out, there was much talk about Brady hanging up his cleats. On Sunday, well-sourced NFL reporters claimed that Brady would indeed by heading for the 'Exit' door. His father, Tom Brady Sr., made denials, but this looked to be the end.

However, there may be a twist in the tale, and Brady has been linked with a team that look primed for a good Super Bowl push next season. 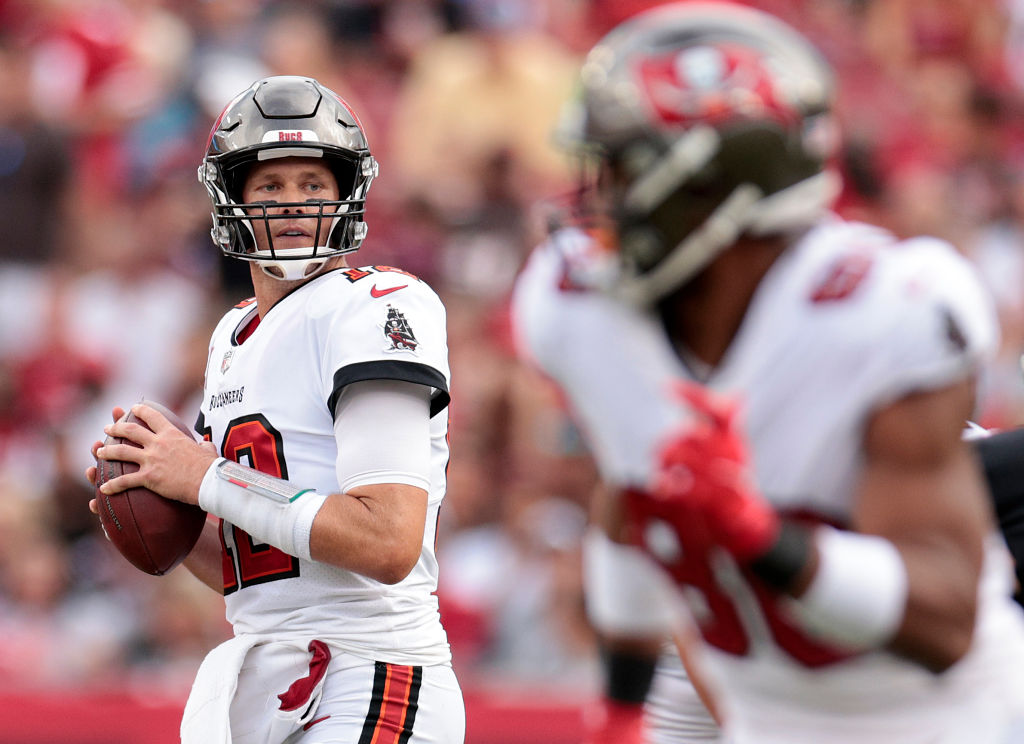 On Monday, Tom Brady sat down with Jim Gray for a podcast episode that directly addressed the retirement stories that are currently swirling.

"I'm still going through the process that I said I was going to do," Brady told the Let's Go! podcast.

"Sometimes it takes time to really evaluate how you feel and what you want to do. I think when the time is right, I'll be ready to make a decision one way or another."

END_OF_DOCUMENT_TOKEN_TO_BE_REPLACED

"I think one thing I've learned about sports is you control what you can control and what you can't, you leave to others.

"We're in such an era of information and people want to be in front of the news often, and I totally understand that. I understand that's the environment we're in, but I think for me, literally, it's day to day with me.

"I'm just trying to do the best I can every day and evaluate things as they come and try to make a great decision for me and my family."

Brady, who won his Super Bowl titles with the New England Patriots, may be looking to control the message but he could have easily nipped all the speculation in the bud with a declaration on that podcast.

He has one year left on his Tampa Bay contract, but there is a possibility that he could have a swansong season with a franchise that could do with a veteran quarterback for one last dance - the San Francisco 49ers. 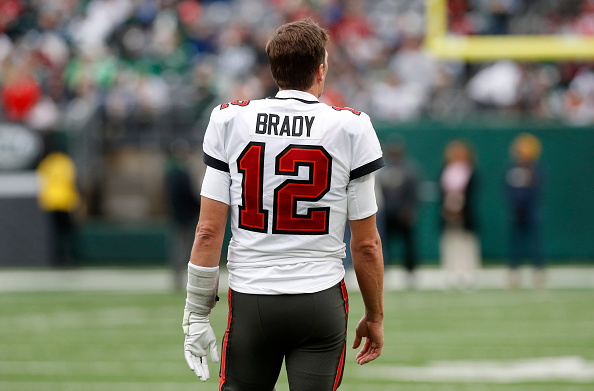 Could Tom Brady end his career with the San Francisco 49ers?

Although he was broadly and loudly backed by his teammates during their run to the NFC Championship Game, Jimmy Garappolo may have played his last game for the 49ers.

The 30-year-old has two Super Bowl rings, both as Patriots back-up to Brady, and moved to San Francisco in 2017. He initially impressed after taking over from the injured CJ Beathard but an ACL injury saw him miss most of 2018. He got the 49ers to the 2019 season Super Bowl [played in February 2020] but they lost 31-20 to the Kansas City Chiefs.

2020 was injury-hit [ankle issues] but he led his team to the championship game, on Sunday, only to falter in the final stages and throw a costly interception with just over a minute to play.

It has been suggested by several outlets, including the highly popular Bill Simmons podcast, that Tom Brady could be a perfect fit for a 49ers team that have almost all the pieces to be strong Super Bowl favourites, next season.

The 49ers selected 21-year-old quarterback Trey Lance in the 2021 NFL Draft, but he saw little meaningful game-time this season. A year playing under Brady, who can give it one last push for an eighth ring, may do wonders for the young QB.

As for the Buccaneers, they could console themselves with Garappolo but head coach Bruce Arians may have other ideas. Asked, on Sunday, by a reporter if Tom Brady had indeed retired, Arians texted back - 'No, he hasn't'.


popular
"Every team did it!" - Paul O'Connell on Roy Keane comment to Ronan O'Gara that he couldn't deny
Five confirmed changes and guidelines to have big impact on 2023 Six Nations
Owen Farrell praises Johnny Sexton in revealing interview ahead of Six Nations
"It's crazy to think Bundee Aki might come straight in and start against Wales"
Everton release brutal 59-word statement to confirm Anthony Gordon departure
CCCC order replay of All-Ireland club football final
British publication urges Gareth Southgate to claim Evan Ferguson for England
You may also like
2 months ago
Patrick Mahomes shows young pretender how it's done in thrilling Chiefs comeback
2 months ago
Josh Allen and Buffalo Bills left stunned by 'greatest catch in NFL history'
2 months ago
NFL round-up: Patrick Mahomes the hero and Kirk Cousins living his best life
3 months ago
Tom Brady’s year goes from bad to worse as 49ers get themselves a true baller
3 months ago
Bill Belichick makes big quarterback call as Justin Fields win it for Chicago Bears
3 months ago
Taysom Hill puts together one of the most absurd performances in NFL history
Next Page