Pic: The front pages in the US have wildly different views on the Super Bowl

"How cheat it is!", was the headline on the front page of the American tabloid this morning, with a picture of Patriots quarterback Tom Brady and a sub-heading of "Tom and Pats deflate 'Hawks."

The Patriots are the bitter rivals of the New York Jets, and it's evident the New York Post haven't got over the 'Deflategate' storm, in which it was alleged the Patriots had deliberately deflated their footballs in the AFC Championship final win over the Indianapolis Colts.

The cover goes on to say Brady's 'ego is deflated as his balls are deflated'. Pun-tastic work, but maybe time to let it go. 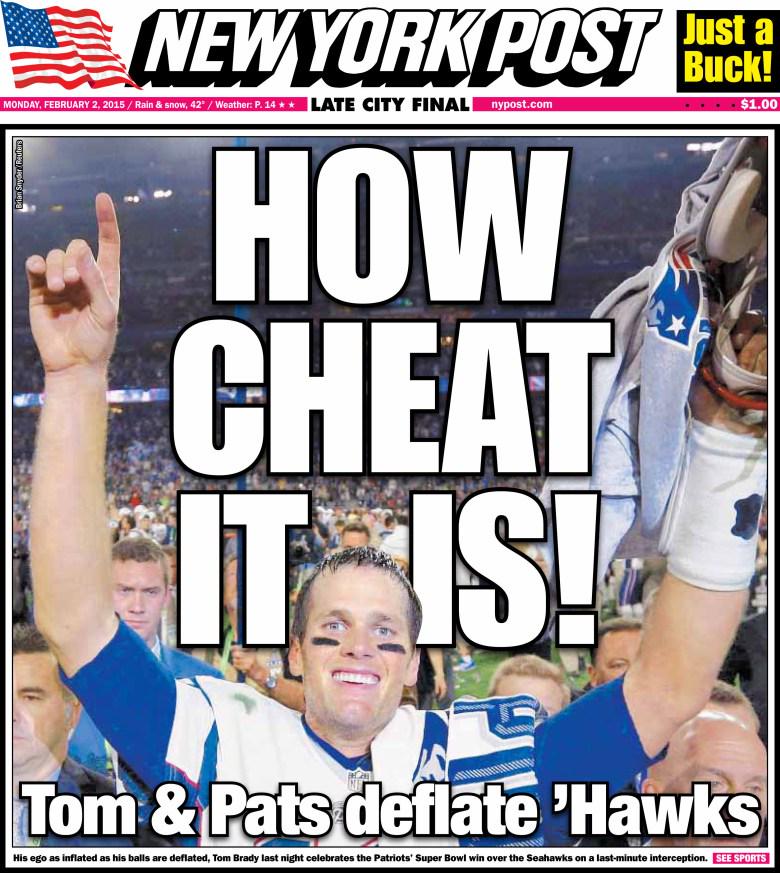 Of course, the view in Boston is a little different...

And in Seattle, well, this says it all