Fans were treated to two fantastic days of racing at the Longines Irish Champions Weekend in Leopardstown and the Curragh on Saturday and Sunday.

The Longines Irish Champions Weekend is a sporting and social weekend filled with glamour, excitement and prestige that shows off Ireland as a world centre of excellence in horse racing and breeding.

Two hotly contested Group 1 races were up for grabs on day one of the festival followed by four Group 1 races on day two, which was sure to keep racegoers entertained throughout.

The story of the day at Leopardstown was young jockey Oisin Murphy. 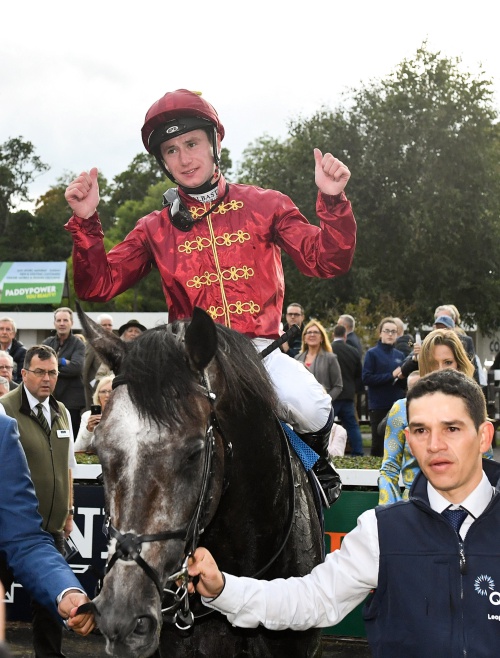 The red-hot Killarney man started off the day by winning his first ever race at Leopardstown. Murphy was on board the Willie Mullins trained horse Lumini, which romped home at 5/1 in the Irish Stallions Farms EBF "Pentingo" Handicap.

Murphy followed this up with the biggest win of his career to date.

The showpiece event of the day one was the Irish Champions Stakes which saw a whopping €712,500 on hand for the winner. Murphy rode 8/11 favourite Roaring Lion home in a tense battle with Saxon Warrior.

Unfortunately for racing fans, Aiden O'Brien confirmed that Saxon Warrior has now been retired following a tendon injury sustained in the race.

Aiden O'Brien confirms to #rteracing that Saxon Warrior has been retired.

"He badly damaged his tendon in the race. It's a big pity. He was an amazing horse." pic.twitter.com/heWc3ebVN5

There were a few big surprises at Leopardstown, most notably in the Coolmore Fastnet Rock Matron Stakes where 10/1 shot Laurens beat out the 3/1 favourite Alpha Centauri en route to victory.

Afterwards, trainer Karl Burke described Laurens victory as the highlight of his career in an emotional interview.

Karl Burke thinks Laurens' win at Leopardstown was "the highlight of his career." pic.twitter.com/6eYBPassxS

The final race of the day saw Richard Fahey trained horse, Zap overcome the odds to win the Irish Stallion Farms EBF "Sovereign Path" Handicap at a hefty price of 20/1.

The second day of the Irish Champions Weekend at the Curragh got off to a really competitive start as 26 horses took their place in the Irish Stallion Farms EBF "Bold Lad" Sprint Handicap.

Soffia and Danny Sheehy ended up winning the six furlong at a price of 20/1, beating outsiders Smash Williams and My Amigo en route. The 13/2 favourite, Urban Beat ended up coming home in 11th place, which was a real turn up for the books. 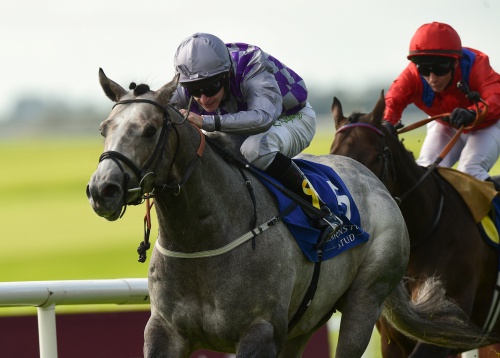 The third race of the day saw the €206,500 up for grabs in the Derrinstown Stud Flying Five Stakes. As expected the Karl Burke trained favourite, Havana Grey romped home to victory in the five furlong race at 15/8.

An unexpected surprise occurred in the nine horse race as Chris Hayes rode Son Of Rest to a second placed finish at 22/1.

"This is big for me and I want to thank everyone that helped me get here." - @whelanronan pic.twitter.com/CJu1qBzKgQ

Charlie Appleby trained, Quorto announced itself as a leading two-year-old colt with an impressive victory in the Goffs Vincent O'Brien National Stakes.

Jockey, William Buick was on board as they claimed victory in Ireland's leading two-year-old colts' race ahead of Anthony Van Dyck and Christmas.

Quorto, the 11/8 favourite, started slowly but quickened away from the chasing pack to win by a comfortable length in the end.

The showpiece event on Sunday was the Irish St. Leger which saw 2/1 favourite, Flag Of Honour and jockey Ryan Moore take home the spoils. The Aiden O'Brien trained horse led the race from start to finish winning the €285,000 jackpot comfortably in the end.

Flag of Honour wins Irish St Leger by leading throughout and did it well in the end. pic.twitter.com/E41BBmfRPX

Another successful couple of days at the Irish Champions Weekend where riders, trainers, owners and punters got more than they bargained for throughout a spectacular two days of racing.