Claudio Ranieri has a big task ahead of him.

Fulham became the first Premier League club to sack their manager this season, when they dismissed Slavisa Jokanovic on Wednesday and replaced him with former Leicester City boss Claudio Ranieri.

Ranieri guided Leicester to their first ever Premier League title in 2015/16 but now he faces the tough task of keeping Fulham in the top flight after a poor start to the season that saw them concede 31 goals in 12 matches.

During his spell at Nantes in Ligue 1, the Italian was able to solidify a leaky defence and that will be top of his priority list at Fulham.

In order to further incentivise keeping clean sheets, Ranieri will reward his players with meals from McDonald's burgers.

He introduced a similar policy at Leicester during their title winning campaign, when he allowed his squad to dine on post-match pizza if they kept a clean sheet. 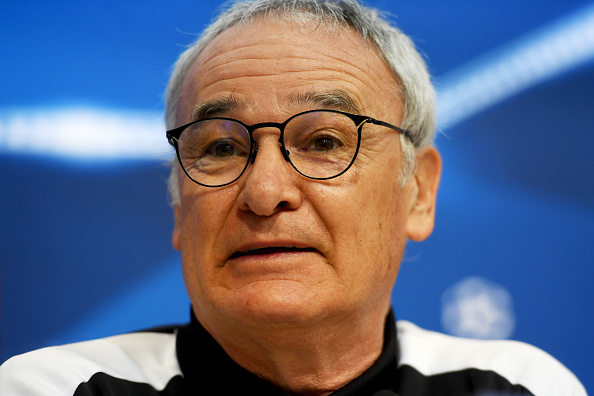 The Italian evidently believes the morale boost that a McDonald's feast will have outweighs the negative effects it could have on the squad's fitness levels.

"Pizza is not enough now," Ranieri said at his unveiling on Friday. "I have to promise something more. It's better everybody to McDonald's. I look always forward. I'm an ambitious man. I believe I have good players."

Ranieri insisted the success with Leicester was a one-off.

"That was a bonus. A fairytale I forget," said Ranieri, who vowed not to look into the past. "Don't think about the miracle. This is a bad moment, because Fulham is at the bottom."

But the new signings have taken time to gel, a process which hasn't been helped by Jokanovic's decision to constantly change his defensive line from game to game.

Ranieri is hoping to improve the west London side's results through a combination of his coaching skills and offering fast food as a reward for good results. It worked last time, why not now?