Despite the best poker face he could manage, at Friday's Irish Captain's Run, Andy Farrell had some job convincing us that both Sean O'Brien and Jared Payne would be fit to face Australia.

'Lower limb tweaks' was the po-faced assessment by Farrell but the fact that O'Brien did not even make it for the team photo for this evening's game bode less than well. 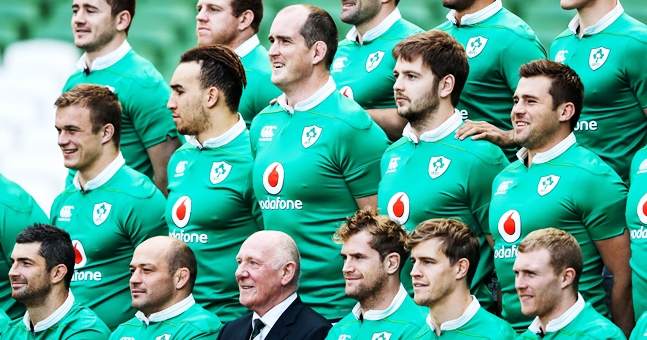 END_OF_DOCUMENT_TOKEN_TO_BE_REPLACED

The IRFU kept their cards tightly clutched until the last possible moment but the news was officially confirmed just over 90 minutes before kick-off at the Aviva Stadium.

The good news is Payne - banged up as he may be - is starting at outside centre. He has some bad bruising around his calves and upper thigh but he is going to grit his teeth and play on. remember, this is a man that played 50 minutes against France, in February, with a torn hamstring.

The bad news is O'Brien is missing out on the fun. The Leinster flanker will be gutted to sit on the sidelines as David Pocock and Michael Hooper set out to disrupt as much breakdown ball as in (in)humanly possible.

END_OF_DOCUMENT_TOKEN_TO_BE_REPLACED

Going with four-cap van der Flier over O'Mahony, who has looked close to his furious best for Munster in recent weeks, is somewhat of a risk but many will point to the 23-year-old's abrasive performances off the bench in both All Blacks games.

Concussion worries Rob Kearney and Simon Zebo have been deemed fit to take their respective fullback and backline replacement roles.


popular
The FootballJOE Pub Quiz: Week 11
O'Hora and Keegan hammer into each other, both of them only revelling in it
Manchester United players 'lose faith' in Solskjaer after Liverpool pasting
Man United's tactical issues summed up in six shocking screenshots
McBrearty has dramatic equaliser ruled out as Naomh Conaill win Donegal grudge game
Jesse Lingard seeks to clear up what United fan shouted when he was warming up
Liverpool's half-time words in Old Trafford dressing room will please fans greatly