It all started with a few beers and a wild idea gone bad.

Back in 1980, Willie Anderson was on a summer rugby tour of Argentina with a team known as 'The Penguins'.

The Ulster lock had been called up for a jaunt around the South American, which was under the control of military officer and dictator Jorge Rafael Videla at the time.

END_OF_DOCUMENT_TOKEN_TO_BE_REPLACED

Anderson, who would later go on to play 27 Tests for Ireland and win the 1985 Five Nations, recalls there being talk of an Argentina refresher before The Penguins landed for their tour, but if there was it was brief. As far as the Penguin International Rugby Football Club squad were concerned, they were just there to play games, sing some songs and have some beers.

All was going well until after The Penguins played Banco de la Nación and went for some post-match drinks. Having acquired a big Canadian flag in for his college dorm on a previous summer trip, Anderson, who had a few drinks on-board, thought it would be nice to get hold of an Argentinean flag during his trip.

Of all the places to pinch a flag from, the Sixemilecross native opted for a big one that was fluttering away outside the Ministry for Information's headquarters. Down came the flag and back to the team hotel for more drinks.

Mid-way through another sing-song session at the hotel, six police officers arrived and the night took a turn. Events would get so sketchy that Anderson, who was travelling on a UK passport, genuinely feared for his life.

Anderson, who details the whole affair in-depth in his new book, Crossing The Line, takes up the running from here.

"It certainly spiralled to an extent when we were told by the Secretary General to the British Consulate, the next day, after we finally could take a seat, having not being allowed to for 24 hours, and we had been strip-searched.

"Well, he told us that several of the generals [in the Military Junta] wanted to execute me. Execute us.

"I wrote letters back to my parents and girlfriend, which must have been horrendous for them. The old motto is, 'When in Rome, do as the Romans do'. When in Argentina, you don't take flags! We didn't think it would be as absolutely dramatic as it was.

"Added to the fire was us holding the UK passports, which would have been the ultimate insult to them because of their claim to the Malvinas Islands, or the Falklands, as we would call them. That really fuelled their emotions as they had a massive disdain for England." 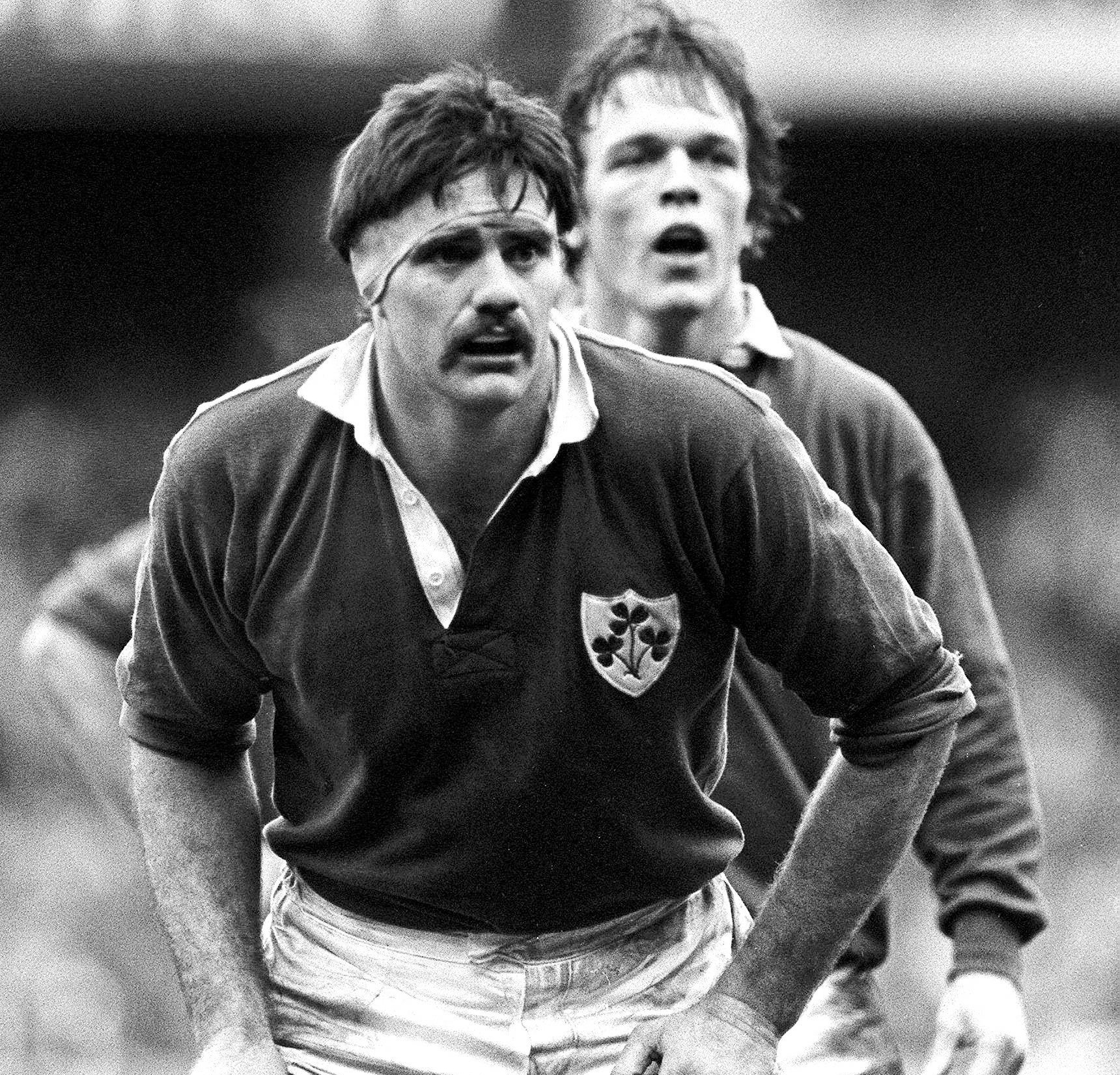 Willie Anderson in action for Ireland in the Five Nations, against Scotland, at Murrayfield. (Credit: Ray McManus/SPORTSFILE)

END_OF_DOCUMENT_TOKEN_TO_BE_REPLACED

In the end, and after a number of uncertain months and time spent in holding cells, in court and being carted about in paddy wagons, Anderson was the last of four players to be released.

He was a well regarded lock at the time, but he feels the controversy held back his progress with Ireland. It was not until 1984, when he was 29, that he made his Test debut for Ireland.

"It did hold me back," he says, "but the great thing about it is, I made it. I got there. I had enough miles still on the clock to go and play until I was 35 or 36. I was very fortunate as I was very fit and strong, from my farming background, and very dogged.

"I wasn't going to give up, even when I was dropped by Ireland three or four times. I was like that rebounding ball - I kept coming back. And it was a very proud day when I eventually got to captain my country. Coming from a farming background in Sixmilecross in Tyrone, to be captaining my country, was unbelievable."

He may have been a late starter for Ireland, but he made it count once he got there. He started all four games of the 1985 Five Nations, when Ireland won the championship and Triple Crown. It was only looking back, after they had beaten England to clinch the title, did the players realise how close they had been to emulating the great Grand Slam team of 1949.

END_OF_DOCUMENT_TOKEN_TO_BE_REPLACED

In their second game out, they had led a super French team 12-9 at the break, at Lansdowne Road, only to draw 15-15. "Jimmy Davidson, who did such a great job with Ulster, was in with Ireland and was all about a fast, running game, and keeping the ball alive," Anderson recalls. "We were lucky, still. You ride your luck, but it was meant to be.

"England missed a penalty and we got a drop goal. But it was just phenomenal to be part of that whole success."

With Anderson, you also have the time he walked down The Haka, his stint with Scotland, coaching Leinster's great generation of Brian O'Driscoll, Denis Hickie and more, and a life-long devotion to Ulster Rugby, and getting the most out of life.

That, and plenty more, is there in black and white in 'Crossing The Line', which is out now.


popular
Galway fans' frosty reception for Davy Fitz doesn't make any sense
The most Stone Age tackle you've ever seen gets South African lock straight red card
'Brian was a genius... he would've killed you to even win a game of touch'
"Johnno went, 'We’re not moving! You're trying to mess us about!'" - Ben Kay recalls red carpet controversy
Ryan Manning hacked to the ground by Henri Lansbury in ruthless assault
Wallabies star bounces off Duane Vermeulen like a brick wall, gets yellow-carded
Final question of Ryder Cup press conference has Team USA in all sorts of trouble
You may also like
2 days ago
Katie McCabe believes that equal pay deal with FAI "doesn’t add pressure"
4 days ago
Clinton Morrison shares advice Roy Keane gave him on morning before Saipan showdown
1 week ago
Ireland's best XI under Stephen Kenny starting to take shape
1 week ago
Serbian media react to 'True Football Tragedy' and hail "amazing" Gavin Bazunu
1 week ago
"I was already taking my jersey off!" - Andrew Omobamidele's post-match interview was so pure
1 week ago
Gavin Bazunu, Andrew Omobamidele and a glimpse of better days ahead
Next Page