Greenwood made his selection for the final week of this year's Six Nations.

Will Greenwood has named his Six Nations 'Team of the Week' and included four Ireland players in his starting XV.

Ireland capped off the 2022 Six Nations campaign by winning the Triple Crown as they beat Scotland 26-5 at the Aviva Stadium on Saturday. France won the Grand Slam after beating England in Paris. Here are the four Irish players Greenwood selected.

Dan Sheehan, Iain Henderson, Josh van der Flier, and Johnny Sexton all featured in the former England players' team. The 2003 World Cup winner selected three Irish defenders and one attacker in his side.

END_OF_DOCUMENT_TOKEN_TO_BE_REPLACED

Sheehan was outstanding throughout Saturday's match against Scotland and scored his second international try in the first half to get the ball rolling for Ireland.

The Irish hooker has a sidestep which many backs don't have in their arsenal. His direct running was another vital aspect of the Dubliner's performance.

His lineout throwing was consistent throughout as Ireland recorded a bonus-point victory over the Scots. A performance the 23-year-old can truly be proud of. 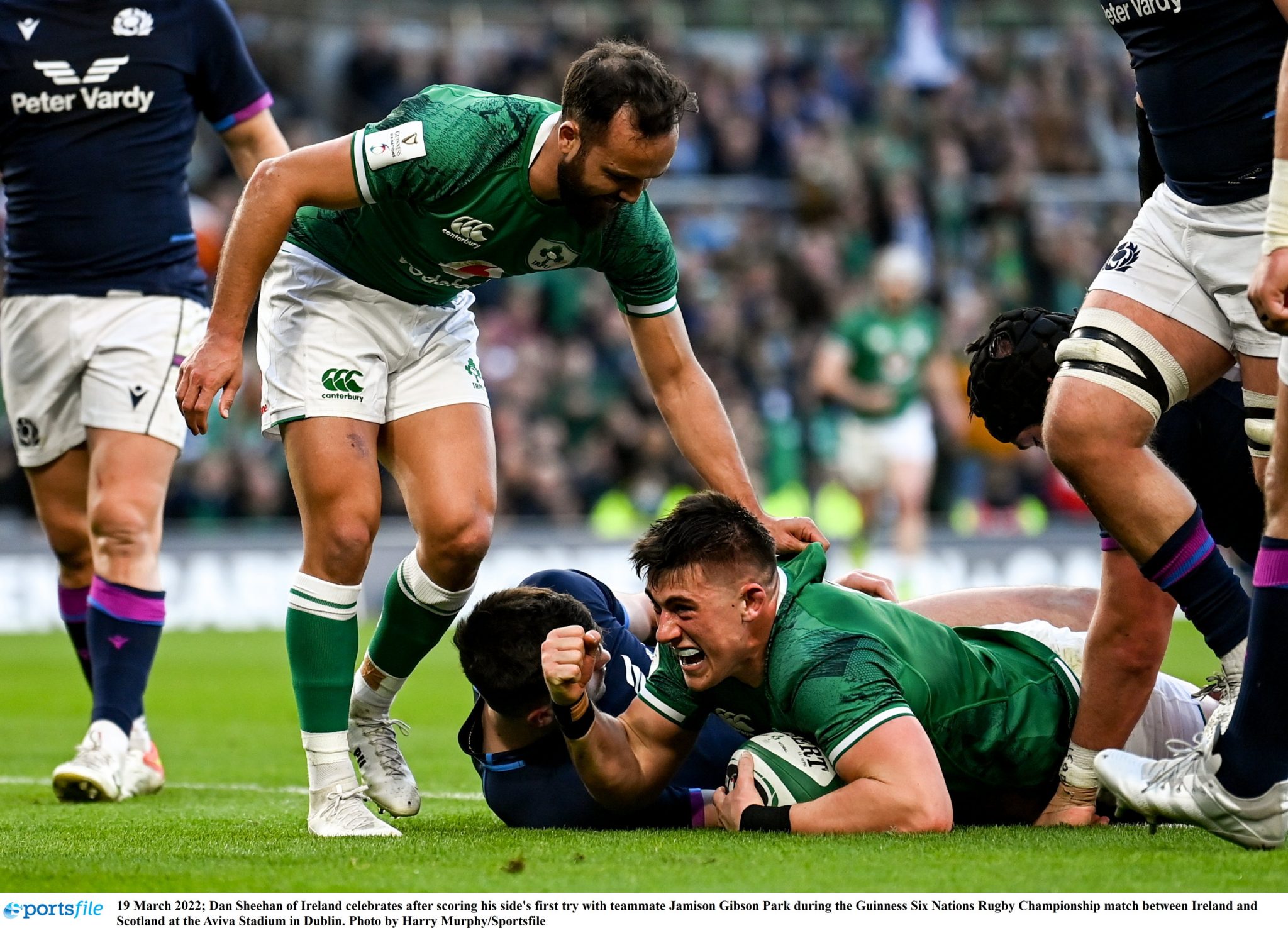 Henderson's lineout work was essential to Ireland's victory. The Armagh native took 10 lineout balls and was very assured in that capacity.

The 30-year-old is favoured to set-pieces over open play. He will be disappointed with his role in Scotland's try but his performance was on par with the rest of his Irish counterparts.

The Ulster player will look to push on now in the rest of 2022 for club and country. 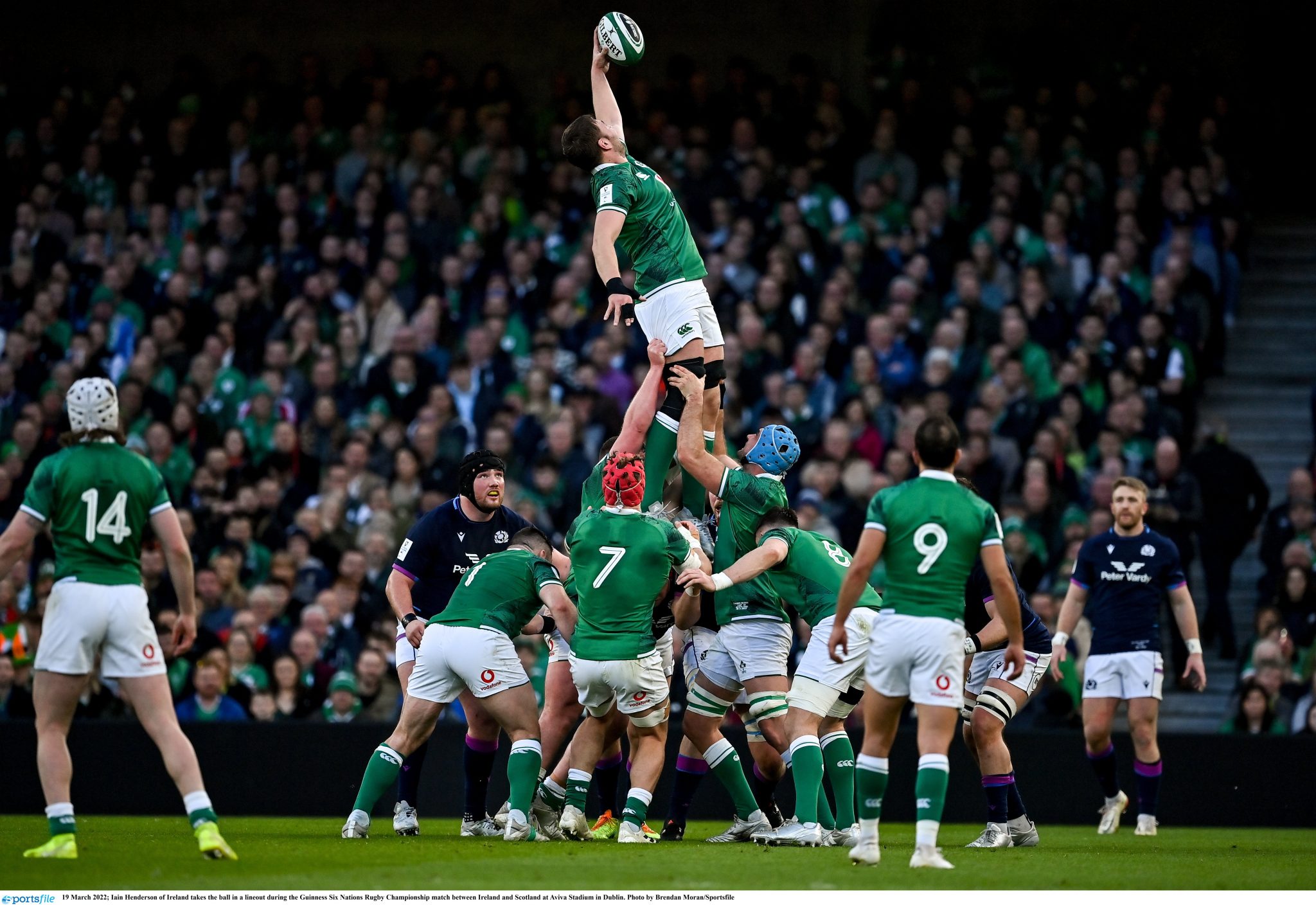 Van der flier finished off this Six Nations campaign in immense form. Ireland's player of the tournament has been a defensive rock - his 17 tackles set the tone for the victory.

The Wicklow man-made nine carries over 49 yards throughout the match. The flanker scored a crucial try when he spotted a gap in Scotland's defence, he ran hard into the space to win the try for his side.

His grit and determination were on display throughout as the 28-year-old cemented another cracking performance in a green jersey. 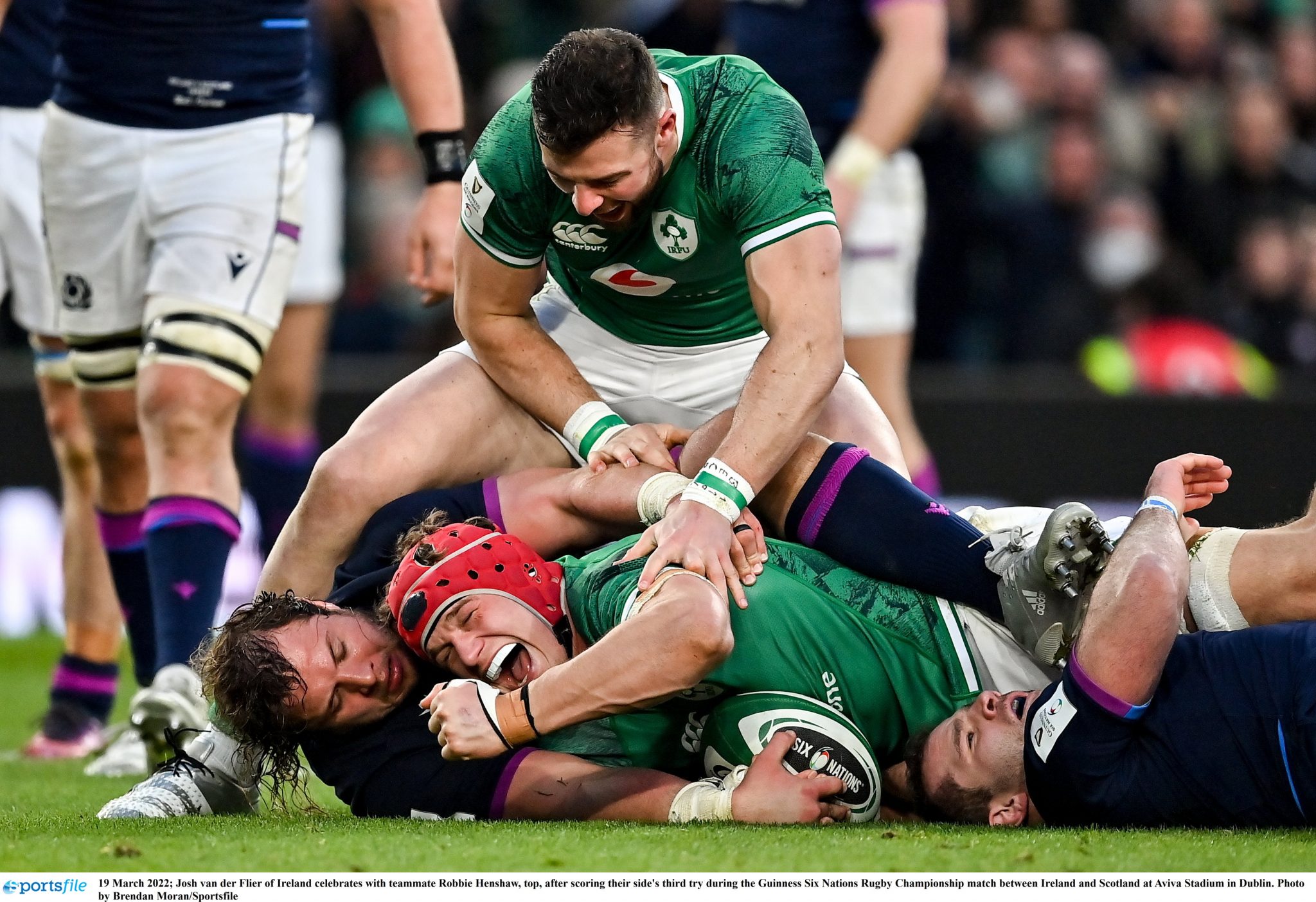 Sexton was in control of Ireland's attacks throughout. The Ireland captain will be disappointed to have fumbled a try-scoring chance when he should have passed.

But the 36-year-old kicked a superb 50:22 that had Scotland under sustained pressure. Sexton was in the frontline where he made 11 tackles - which was three more than the next best Ireland back.

Overall, Sexton can be proud of his performance, his defensive resilience plus the ranging varieties of his attacks justified his selection. Sexton was the only Ireland player to be chosen in Greenwood's attack. 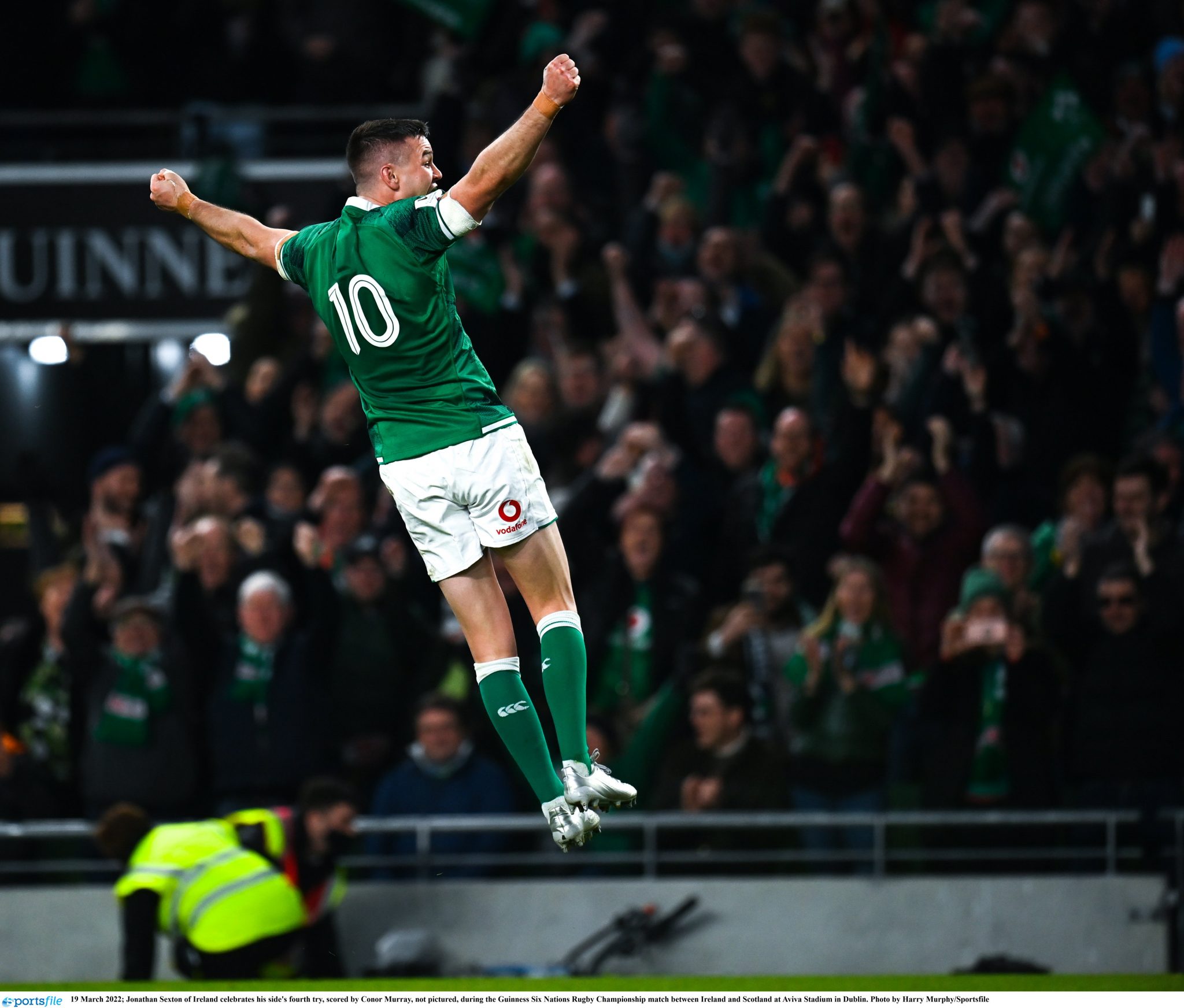 You may also like
1 week ago
"Highlight of my Ireland career" - Behind the scenes as Jack Crowley and Ross Byrne covered for a legend
1 week ago
Andy Farrell names final Ireland team of the year, with Wallabies bringing big guns
2 weeks ago
Two scandalous omissions as Sexton and van der Flier nominated for World Rugby Player of the Year
2 weeks ago
Ireland's first names on the team-sheet, as Top 5 players debated
3 weeks ago
Jimmy O'Brien had an honest response after Johnny Sexton's 'sh**ting it' remark
3 weeks ago
Full Ireland player ratings as world champions South Africa outgunned in thriller
Next Page