Will Connors, chopping one legend down to size at a time

Will Connors has stuck 33 tackles in his last two games for Leinster and so many of them have been crucial in slowing the momentum of the opposition's biggest ball-carrying threats.

Perhaps the most impressive aspect of this unbeaten Leinster side, this season, has been how they ramp up their discipline and intensity when their opponent nears their 22. A switch goes off and the hive mind clicks into an extra gear.

Visits to the opposition 22 are often the deciding factors in tight games, with the team that generally doesn't leave without adding points to the board the ones that advance where others falter. It is something that has been so noticeable in the peak All Blacks sides and something Joe Schmidt vastly improved when he was Leinster and then Ireland coach.

Leinster are one of the best team's in world rugby at getting their men on their feet and presenting a solid line when defending. It sounds simple in theory but it is hard in practice, especially when elite sides are pounding away for multiple phases. 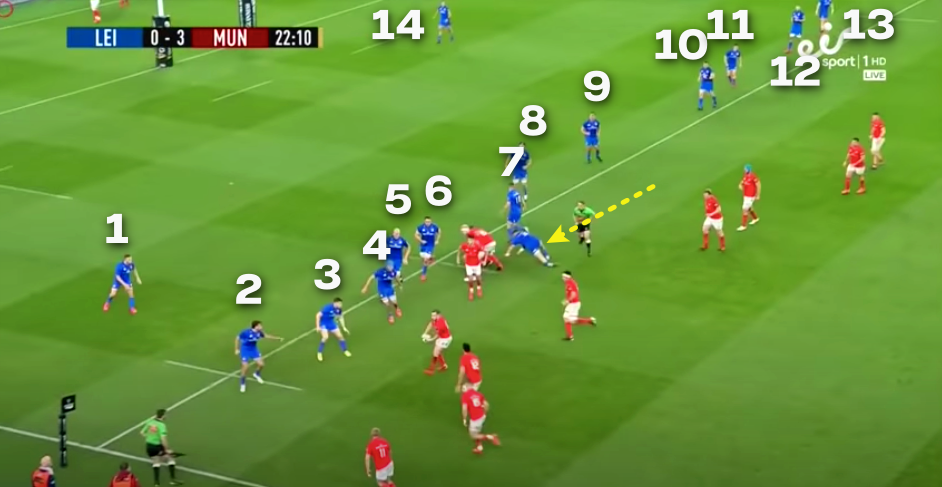 Andrew Porter (highlighted by arrow) has just made a tackle and is the only Leinster player not yet back to his feet.

Look back on any of Leinster's games over the past three seasons and you will see how often they have 13 and 14 men on their feet and ready for the next play. They send men into rucks, of course, but they are reluctant to burn too many matches to win a ball back.

It was one of the reasons why Munster fell back to box-kicking so much possession in their Guinness PRO14 semi-final on Friday night. Their big ball-carriers - CJ Stander, Tadhg Beirne, Damian De Allende and Chris Farrell - were struggling to punch holes and they have the best box-kicker on the planet, in Conor Murray.

A little variation would have been nice, of course, but Munster's tactics were a couple of missed penalties away from significantly bloodying Leinster's nose. 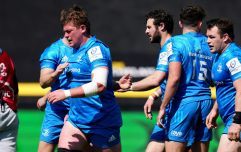 END_OF_DOCUMENT_TOKEN_TO_BE_REPLACED

Back to Will Connors, though, and his exemplary 74 minutes on the field. After successfully negating the booming threat of Marcell Coetzee [23 metres gained off 17 carries], during Leinster's 28-10 win over Ulster, the Leinster openside was preferred to Josh van der Flier and asked to do likewise against the Munster carriers.

Top of Connors' agenda was CJ Stander and he was on him like a blood-hound. Four of Connors' 14 completed tackles were on Stander and a couple of them were the sort of brave chop tackles that would remind you so much of Wales and Lions star Dan Lydiate.

The chop tackle is something Lydiate gained the sort of notoriety that makes opposition supporters, players and coaches uncomfortable when he features on the team-sheet.

At the 2011 World Cup, Ireland went into their quarter final against Wales with main ball-carriers Stephen Ferris and Sean O'Brien in prime condition. On that night in Wellington, Lydiate took the low road to literally take the legs out of the Irish challenge.

With a teammate on stand-by, and upright, to finish the job if necessary [see Garry Ringrose on CJ Stander above] the chop tackle is still one of the most effective ways to fell the big trees. There have long been calls for World Rugby to review whether the tackle should be allowed to continue, but it remains fair game.

For the last three weekends, whenever Munster or Ulster got near the Leinster 22, the cry would ring out - 'Chop tackle! CHOP TACKLE!!' 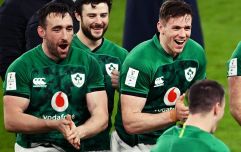 END_OF_DOCUMENT_TOKEN_TO_BE_REPLACED

No better man than Connors as he hurtled himself and the pumping legs of Stander, De Allene, Jack O'Donoghue and anyone else who fancied a piece. Tadhg Beirne was driven backward on a couple of his carry attempts as Connors politely let him know it was not going to be his night.

Will Connors and Sam Underhill, the best tacklers in world rugby.

Absolutely massive shift from Will Connors on both sides of the ball tonight. If they could hook him up to the national grid, we could do away with fossil fuels for good #LEIvMUN

Is will connors on a mission to tackle every man, woman and child in Ireland?

*Speaking after the match, Stander was asked about Connors' shadowing job at the Aviva Stadium during his side's 13-3 defeat. He commented:

"They probably had plans, they went out to do that. I just put my head down and did my job. Teams make plans and, yeah, he was there a few times but we move around the park and we're both loose forwards who are supposed to face up. He got a few good tackles, good chops. All of them defended well." 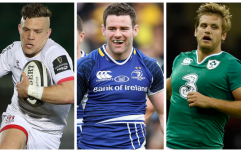 END_OF_DOCUMENT_TOKEN_TO_BE_REPLACED

Van der Flier was Leinster's stand-out back row in that August 22 victory over Munster, but Leo Cullen and Stuart Lancaster saw in Connors a flanker that could possibly get off the line even faster than his ever-ready teammate.

Ireland head coach Andy Farrell was in attendance at the Aviva Stadium on Friday and would have been impressed with both Connors and Caelan Doris, who upped the ante in the second half. His back row calls for Ireland, when the international window opens in late October, will be fascinating.

As for Connors, there is a chance van der Flier and Dan Leavy could press him for that No.7 shirt. However, those chances receded to mere grains after his brutally effective outing against a Munster side that must truly hate the sight of him, and Leinster.


popular
Six minutes was all Alan Connolly needed to score two goals and set up another
Sensational scenes in Belfast as Antrim edge out Clare in a thriller
'Jesus Christ! How am I going to put up with this lad for nine weeks?!'
Gatland comments give insight as to why CJ Stander missed Lions call
Peter Queally vaults into Bellator title picture with stunning win over Pitbull
The Garry Ringrose narrative around the Lions Tour is complete bull
South African media shocked by Lions omissions of Sexton and Ryan
You may also like
3 weeks ago
Rating the chances of Leinster's 16 Lions hopefuls
3 weeks ago
Leinster coach Robin McBryde on Lions honour and facing Springboks 'Bomb Squad'
3 weeks ago
Leinster announce signing of Michael Alaalatoa from Crusaders
4 weeks ago
Van der Flier and Kelleher make Lions statements at Sandy Park
4 weeks ago
Robbie Henshaw gives copy-book response when asked about Lions Tour
4 weeks ago
Leinster remind Europe what they're all about to reach Champions Cup semis
Next Page