Will Addison the latest Ireland star to have season ended

One hopes the Ulster star can get back for pre-season in the form and fitness that won him so many admirers.

The final line of Ulster's brief squad fitness update, ahead of a crucial clash with Edinburgh, contained a hammer blow.

Dan McFarland's head into another one of the season-defining games that usually arrive thick and fast between March and May. Beat the Scots, in Edinburgh, and Ulster should seal Champions Cup rugby. They may even clinch second spot in Guinness PRO14 Conference B, if results go their way.

Lose and they will have to beat Leinster at Kingspan Stadium, on the final weekend of regular season fixtures and hope that result will be enough. Not exactly win or bust, but pretty damn close.

The province could do with some positive fitness news but, with captain Rory Best out for another four weeks at least, that did not arrive. An Ulster Rugby statement broke the bad news on versatile back Will Addison:

'Stuart McCloskey sustained a concussion in the game versus Glasgow Warriors and will follow the return to play protocols.

'Will Addison has had recent back surgery. It is hoped that he will return to full fitness for pre-season.'

Addison sustained that back injury during an Ireland training camp, in Portugal, ahead of the Guinness Six Nations. He had been hoping rest and recuperation would help alleviate the issue but that did not prove to be the case. 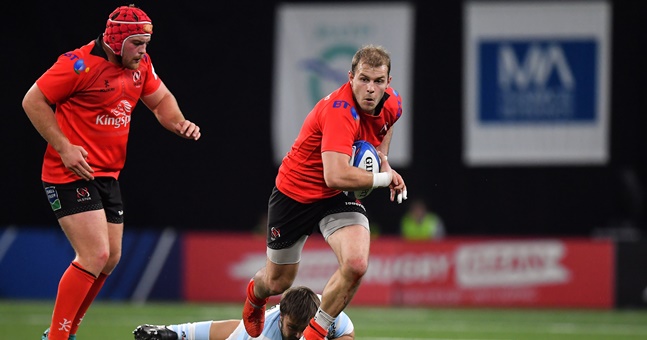 END_OF_DOCUMENT_TOKEN_TO_BE_REPLACED

With the World Cup less than five months away, the decision was taken to send the 26-year-old along for surgery. His season, like that of Leinster and Ireland flankers Dan Leavy and Josh van der Flier, is now over.

Addison has played 11 times for Ulster, and won three Ireland caps, since his switch from Sale Sharks last summer. He quickly became a fan-favourite at Ulster.

While Leavy has already been ruled out of the World Cup, Addison and van der Flier have a very clear goal to aim for as the rehab over the coming months.