Watch: Sean O'Brien comes off the bench and scores a cracking try

Leinster flanker Sean O'Brien has had to endure a horrid couple of years with injuries but he showed against Toulouse on Sunday that he can still be a force for the European champions.

With Leinster trailing 14-6 after some early penalties from Thomas Ramos and a try from France winger Maxime Medard, O'Brien pounced on some excellent work from number eight Jack Conan to cross the Toulouse line untouched and bring the PRO14 champions back into the game.

O'Brien's try and Johnny Sexton's subsequent conversion brought Leinster within a point of Toulouse but a brilliant try from Sofiane Guitoune just before half-time gifted the hosts a 21-13 lead at the break.

The Carlow back-rower had played just 140 minutes of rugby this season before this weekend but backed himself to still be apart of Joe Schmidt's plans next month for the November internationals.

"You always back yourself, obviously," O'Brien told reporters earlier this month. "When I'm as fit and in as good form as I can be, I back myself to play.

"But there are so many quality players as well - you have to be playing very consistently, you can't have a bad game.

"There's potentially eight or nine lads in the country who can play in the backrow at international - so that's what you want, it's healthy. 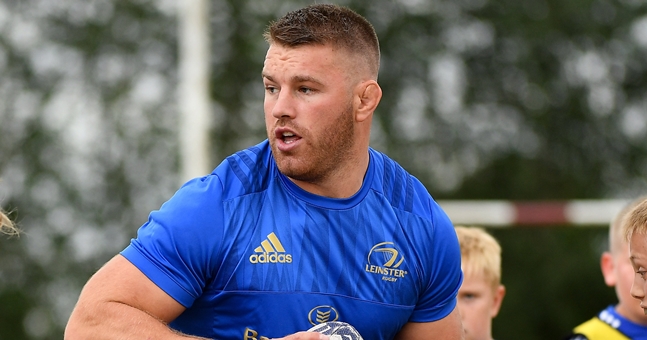 END_OF_DOCUMENT_TOKEN_TO_BE_REPLACED

"So it's good that they're driving each other and helping each other in a way, by talking through different combinations and what not, it's a good place to be.

"Obviously everyone would back themselves when they're at full fitness.

"Wherever they want me to play, I'll play, whether that be at six, seven or eight - at the weekend it was six, I don't know what the plans are this week.

"But wherever I'm rolled out I'll be prepared to put my best foot forward hopefully, in whatever position, but I'm comfortable in all three. I think most lads are."


popular
Baz & Andrew's House Of Rugby - Twickenham carnage
'Were they up for it more than us? That's my responsibility' - Andy Farrell
Jacob Stockdale and Johnny Sexton not spared by English press
ROG hits the nail on the head assessing Ireland's performance
The Ireland XV that should definitely start against Italy
Triple Crown wrenched away as England scrape Ireland off their boots
QUIZ: How well can you remember this season's Premier League results so far?
You may also like
7 months ago
Devin Toner progressing with knee injury ahead of World Cup
7 months ago
Devin Toner: Leinster culture does not need to be reviewed
8 months ago
PRO14 confirm conference changes for the 2019/20 season
8 months ago
Who replaces O'Brien and Leavy in Ireland's Rugby World Cup squad?
8 months ago
Sean O'Brien to miss Rugby World Cup with injury
8 months ago
'He is a little Sean O'Brien, to be honest, he's going to be a great player'
Next Page