Eddie Jones was an interested spectator at the Ricoh Arena as England flanker, James Haskell, made his return after being out injured for seven months.

Haskell has been sidelined with a troublesome toe injury which he picked up in England's second test against Australia during their summer tour down under.

END_OF_DOCUMENT_TOKEN_TO_BE_REPLACED

Jones and England fans would have been delighted to see the bruising back-row make his competitive comeback as he looks to regain match fitness as England aim to defend their Six Nations crown in a couple of weeks time.

Unfortunately for England and Haskell, the 31-year-old's return only lasted 35 seconds as he was removed from the field of play after suffering a nasty looking head injury as he attempted to tackle Leicester Tigers player Freddie Burns.

It wasn't the best of tackle techniques from Haskell, who led with his head before wrapping his arms around Burns.

Perhaps it was the lack of competitive rugby action and eagerness to make a hit which resulted in this incident taking place.

A worried Jones looked on. 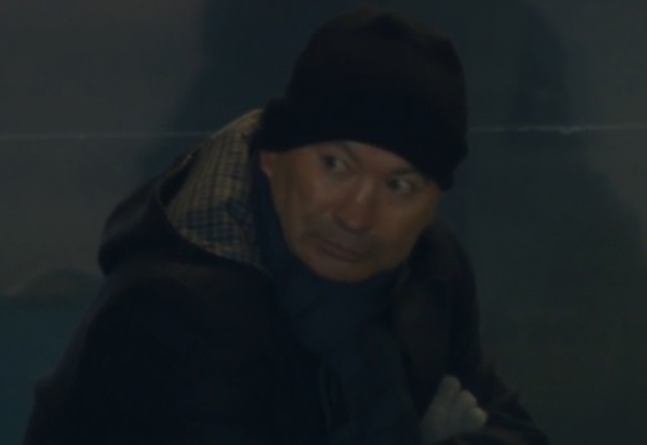 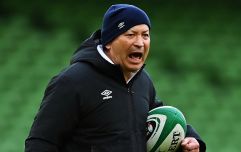 Eddie Jones gets into it with reporters after Ireland's thumping win

END_OF_DOCUMENT_TOKEN_TO_BE_REPLACED

After receiving some on-field treatment, Haskell was soon back on his feet where he left the field permanently with a suspected concussion.

Jones will hope that injury isn't too serious as he looks to bolster his back-row options ahead of their Six Nations opener against France.


popular
WATCH: Paul O'Connell proves for the umpteenth time that he's not like us mere mortals
Kieran Donaghy set to break 30-year-old club record this weekend
Study shows GAA players more prone to binge drinking than their peers
"He's one of the best athletes, if not THE best athlete I've seen in the last while"
Shane Walsh: 'That's not how I was coached to play football. No one was coached to play football that way'
Sean O'Brien shares some of the worst player forfeits from his Leinster days
Danny Mills forgets he's on air as he calls Man Utd 's***' on Sky Sports
You may also like
11 months ago
"We dominated physically" - Eddie Jones puts Ireland in their box again
1 year ago
Eddie Jones on the Guardiola training session that opened his eyes
1 year ago
Drew Mitchell on Eddie Jones' half-time advice when Australia beat Ireland
1 year ago
'If that was a cricket game, we could have declared at half-time' - Eddie Jones
1 year ago
Forwards pass - Jerry Flannery on England's game-changers
2 years ago
"Finishers" - Glorified subs or genuine game-changers?
Next Page