WATCH: Irish fans rage as referee fails to reach for a card after sickening hit on Dave Kearney

Sean O'Brien limped off, Mike McCarthy was a bloody mess and Johnny Sexton was left in a heap after an off the ball challenge.

But Dave Kearney looked to have taken the worst hit of all as he was forced off in the first half of Ireland's second Six Nations tie in Paris. 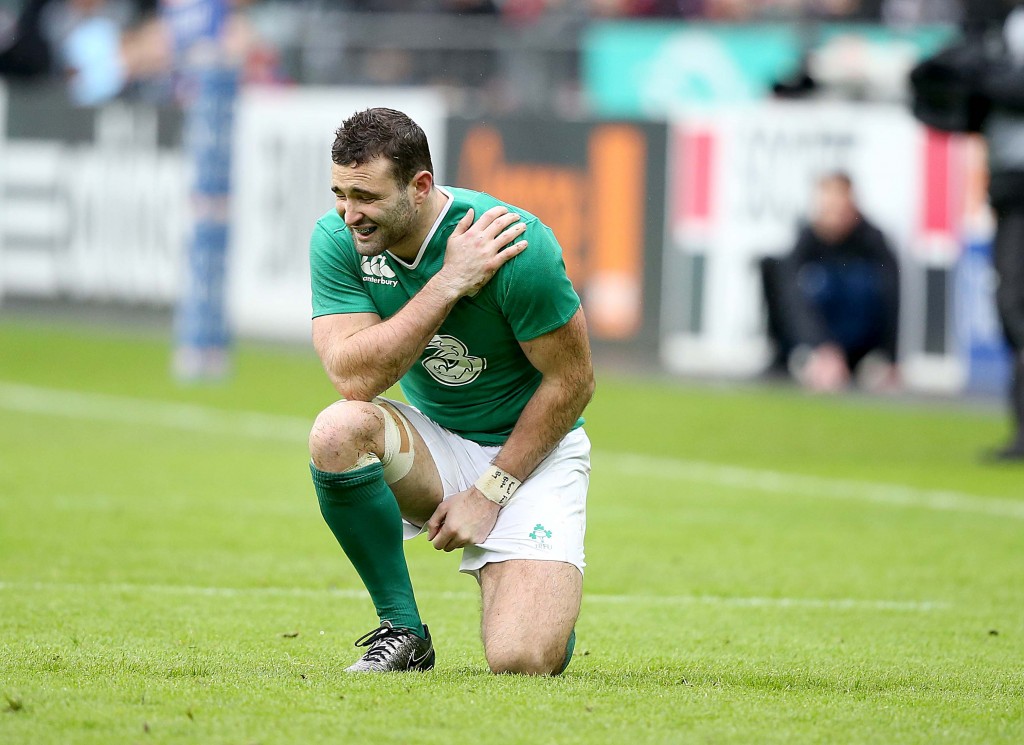 Kearney was clattered by a high shoulder from French hooker Guilhem Guirado and left the pitch with his arm clung tight to his chest in a makeshift sling.

The players couldn't believe it.

Can someone please explain how France haven't had two yellow cards for guirado and maestri?

@lukefitz11 match officials must have had a blinder on the Red Vino last night!!!!!

.@LineUpSME @kearney_dave absolutely, why have replays of not going to use them

Sickening hit on Dave Kearney from Guirado. Unbelievable that ref didn't have a second look at it. #FRAvIRE pic.twitter.com/aYKj3I9rIW

And it wasn't just the players and former players who were incensed.

Poor dave kearney, that's what I call a spear tackle to the neck, ref needs to put his foot down #IREvFRA

Just watching the assault on Dave Kearney again. Yellow at least but not given. And there was intent in hit on Sexton if not much contact.

Shocking tackle on Dave Kearney. The ref has missed quite a lot in this half. #FRAvIRE #6Nations #FRAIRL pic.twitter.com/VVbPweKjcZ

Yoann Maestri on Sexton and Guilhem Guirado on Dave Kearney...be interesting to see if those challenges trouble the citing officers