It is worth considering that the £7m annual salary cap was imposed the Premiership chiefs to save its rugby clubs from themselves.

After 2016/17, in England, Exeter Chiefs and newly promoted Bristol Bears were the only Premiership side to post a profit. Three clubs had losses of over £6m. In Ireland, the success of the national team allows the IRFU to offer decent salaries to their centrally contracted players, which currently sits at around 14 players [down from 20 a few years back].

END_OF_DOCUMENT_TOKEN_TO_BE_REPLACED

Amid the head-scratching as to why most English sides are underperforming in Europe, some believe the salary cap is holding the sides back. This despite the fact that most clubs have failed to show they would not plunge themselves into debt by increasing their salaries.

On Monday, Wasps director of rugby Dai Young made some peculiar comments about why his side would be struggling to compete with Leinster, who they face in the Champions Cup this weekend. Looking ahead to the game, Young told Somerset Live:

"As Directors of Rugby, we have a salary cap that we all adhere to and we all try to get as good a squad as possible, but I think its plain to see for everybody that it's an attritional league and you do pick up injuries.

Young added, "Look at Leinster last weekend, they had five British Lions out injured and they still had 15 internationals on the field. They've got that strength in depth."

Of those 15 internationals Young referred to, 14 of them were Irish. Only Scott Fardy, an Australian international, bucked that trend.

END_OF_DOCUMENT_TOKEN_TO_BE_REPLACED

What the Irish provinces are seeking to do is focusing on clear player pathways from school to academies and clubs feeding into the four provinces, which then feed into the national team. Young players are given a taste of senior action in the Guinness PRO14 and then feature in Europe before getting brought into national camp for Joe Schmidt to have a look at.

In certain cases, like James Ryan, Garry Ringrose, Jordan Larmour, Andrew Porter and more, they may be brought into the mix with Ireland before they begin to even feature regularly with their province. It does not always run smoothly, of course, but there is a sense of unity between the four provinces and the national team. 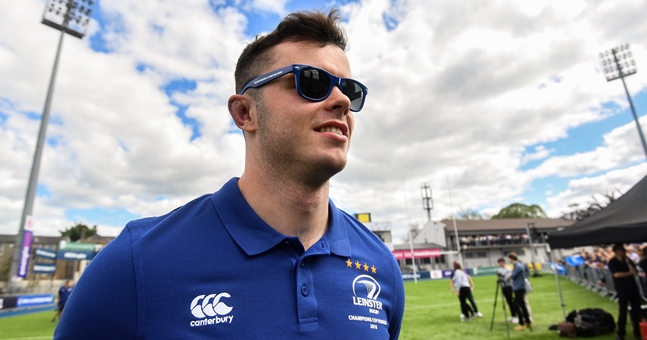 Foreign players [NIQs - Non-Irish Qualified] are brought in as emergency cover [ie: Alby Mathewson], to provide experience and cover when the international window comes around [ie: Scott Fardy] until a squad is able to promote a couple of young players in similar positions [ie: Jaco Taute].

END_OF_DOCUMENT_TOKEN_TO_BE_REPLACED

For all of the grumbling, Wasps do have 16 internationals on their roster, as well as the handy likes Jimmy Gopperth, James Gaskell, Tom Cruse and Dan Robson. In recent seasons they've splashed out on the likes of Charles Piutau and Kurtley Beale. In 2016/17, 51% of their turnover was spent on player salaries (the highest in the Premiership).

Of Leinster's 26 Irish internationals, only Robbie Henshaw [Connacht] and Michael Bent [Taranaki/Hurricanes] did not come through their academy.

If Wasps are looking to splash more cash, they could look into doing it wisely and investing in their structures, player identification programmes and by spreading some of that money around the next generation of players they want to form the spine of their squad over the next decade.