Twist in the tale.

Warren Gatland is pissed off that it has been reported how "furious" he was over the appointment of South African Marius Jonker as Television Match Official for the 2021 Lions vs. Springboks Test Series.

END_OF_DOCUMENT_TOKEN_TO_BE_REPLACED

While Gatland and the Lions were not best pleased that World Rugby had no contingency plan when New Zealand's Brendon Pickerill was not able to take up the role (Covid-19 travel restrictions). While they portrayed that through back channels and some video conferences, there was no statement on the T.M.O call made to the media.

Still, it was reported by several outlets how unhappy the Lions were with Jonker stepping into the role. When those reports gained traction, some felt it was heaping extra pressure on a local official who had been placed in a tough spot.

As it worked out, Jonker ruled out two of three tries scored by the Springboks - on video reviews - in the First Test, and did not deem a Hamish Watson tip tackle to be a yellow- or red-card offence. In the Second Test, he recommended yellow cards for players from both sides, awarded the Boks a try after a video review but ruled one out for Robbie Henshaw.

World Rugby is launching misconduct charge procedures against Springboks director or rugby Rassie Erasmus for his actions - in calling out match officials - on social media and in a long-form video, but Gatland is not pleased at being tarred by the same brush.

"The only thing I'm disappointed about in World Rugby's statement is that they've kind of inadvertently dragged us into it.

"We've tried to, we think, maintain as much integrity as we can, in terms of we haven't been commenting on refereeing. We never questioned the TMO. The only question we asked is why hadn't World Rugby put a contingency plan in place if people couldn't travel or got sick.

"That's the only question that we had asked. So I'm really, really disappointed with a part of the statement where they've sort of said both sides have been making comments and being critical of the officials.

"I'd like someone to show me where we have done that. We've looked through everything and we can't see any instances where we've been critical of the officials. In fact, I think we've praised the officials." 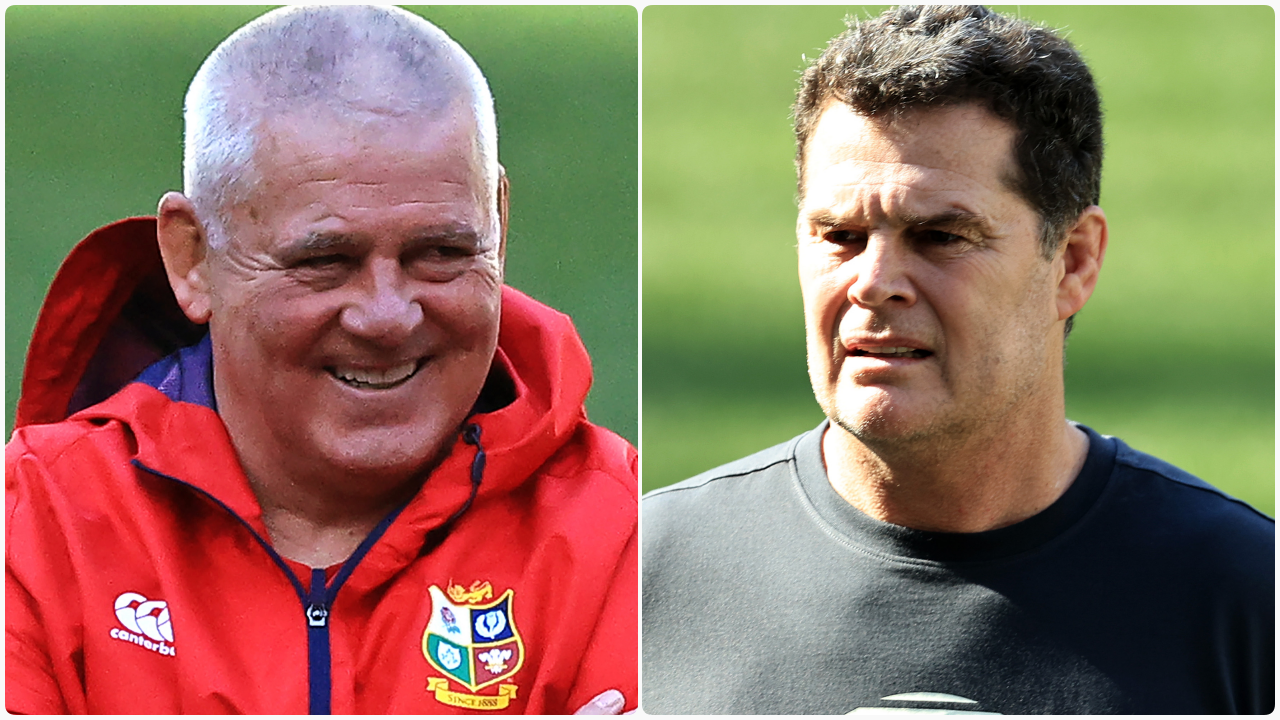 END_OF_DOCUMENT_TOKEN_TO_BE_REPLACED

Gatland says the Lions only discovered on the Wednesday of the First Test that Pickerill would not be in South Africa to take up the T.M.O role. His concern was that World Rugby had been aware of the travel issue for a week before informing the Lions.

Asked if he had requested a neutral T.M.O for the Test Series, Gatland said he had. It was then that he brought up former Ireland head coach Joe Schmidt, who is now with World Rugby as Director of Rugby and High Performance.

"I spoke to Joe Schmidt who is involved to give me some clarity on the decision and just asking why plans hadn't been put in place regarding this.

"It's not just the TMO, what would have happened if the referees couldn't make it out here?

"We've had contingency plans for a couple of things in case things happened with Covid so that we'd be covered. So, there was no question about people being involved. What we questioned was the process."

END_OF_DOCUMENT_TOKEN_TO_BE_REPLACED

The Lions, it would appear, were within their rights to question why the Pickerill situation had not been resolved, and was then kept from them.

They were not happy with how they had been left with little recourse but to accept Jonker, but it was unfortunate how this then spiralled into the wide-spread reporting that placed the South African under more pressure.


popular
Roy Keane's issue with Argentina star could rival Graeme Souness and Paul Pogba
Roy Keane cracked up Ian Wright and Gary Neville with England team spirit remark
'I was so stressed the week before the All-Ireland and I ended up having a panic-attack' - O'Shea and O'Sullivan open up
Roy Keane takes moment on TV to pay tribute to his old team in Cork
Lionel Messi makes Gary Neville eat his words after "silk pyjamas" comment
The nine England World Cup footballers who could have played for Ireland
Roy Keane shoots down ITV presenter's 'excuse' for England's draw with USA
You may also like
5 days ago
"Two Irish players are best in the world" - Rugby reacts to big Josh van der Flier and Terry Kennedy awards
6 days ago
Two baffling omissions as four Ireland stars make World Rugby 'Dream Team' of the Year
6 days ago
Josh van der Flier claims World Rugby Player of the Year at Monaco ceremony
6 days ago
"Highlight of my Ireland career" - Behind the scenes as Jack Crowley and Ross Byrne covered for a legend
1 week ago
Bundee Aki reminded us all of his best qualities, on a night Ireland couldn't do without him
1 week ago
Peter O'Mahony delivered some fitting Jack Crowley comments after surprise Test start
Next Page