"We've got that chance next week to hopefully tie the series up."

Warren Gatland was trying his best to keep his thoughts to himself, regarding referees and Television Match Officials, after the British & Irish Lions' punishing 27-9 loss to South Africa.

The Lions head coach has been seriously put out by the South Africans crying foul - in press conferences, on Twitter and Vimeo - about questionable calls, but he insists he will not be doing likewise before the Third Test.

END_OF_DOCUMENT_TOKEN_TO_BE_REPLACED

While the Springboks were fortunate not to end with 14 men, after Cheslin Kolbe's reckless mid-air tackle left Conor Murray compromised, and needing treatment. Faf de Klerk had an off-the-ball hit that was brushed over while Television Match Official calls saw Robbie Henshaw have a try ruled out, and Lukhano Am had a try given after video replays.

That being said, like in most games, there were tough calls going against both sides. Maro Itoje and Duhan van der Merwe both pushed their luck while players from both sides were wading in for melees all over the pitch.

In his post-match briefing, Gatland said the Twitter and Vimeo call-outs of match officials by Springboks' director of rugby Rassie Erasmus were 'pretty interesting'.

"There's been enough said about that," he commented. "I won't be going on social media this week.

"I don't want to comment on [the videos and tweets] because I want other people to take care of that. The last thing we need is a war of words, and being accused of doing certain things.

"It's amazing to me how the narrative changed with regard to the T.M.O. Like, I didn't make one comment, leading up to the game last week, on the T.M.O, and yet I was accused of questioning his integrity. That's the message they [South Africa] were giving out. We'll just keep things to ourselves and go through the proper channels when we need to deal with the referee, review the game and, hopefully, get some feedback from him." 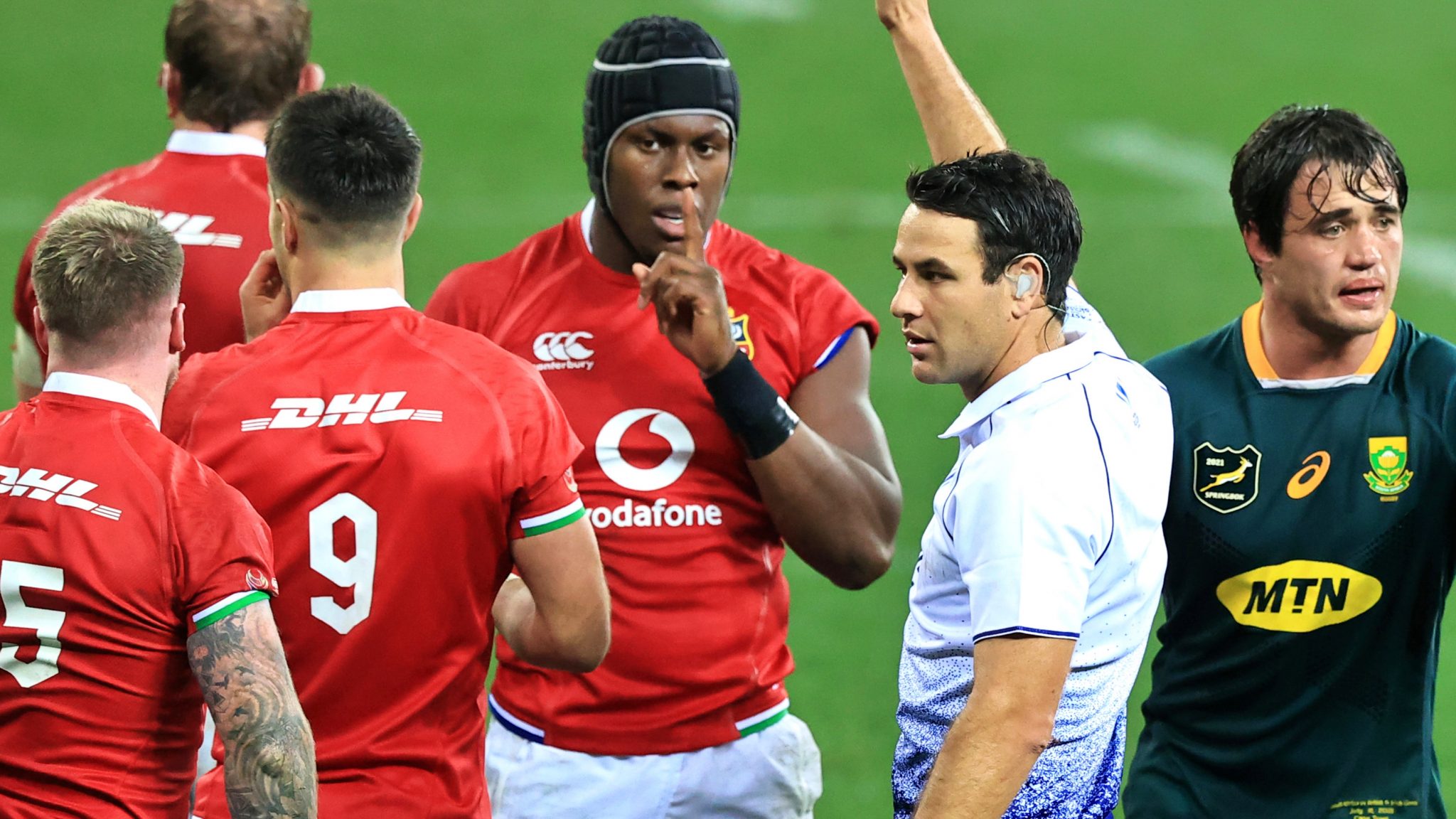 On that Kolbe collision with Murray, which saw the South African winger sin-binned, Gatland let out a wry laugh when asked if he thought it was "fair".

"I'm not going to comment on the referee's decisions. We'll have our meeting with the referee this week and see what the assessors come back with, in terms of their decisions.

"It didn't look great from where I was, but he decided it was a yellow card decision."

There were no citings following the Lions' First Test win over the Springboks, last weekend.

It will be worth watching to see if any players get pinged for their actions in the Second Test.