VIDEO: Two days on from Argentina match and David Pocock's face is still in ribbons

Australia and New Zealand will meet in Saturday's decider at Twickenham, by which time the Wallabies Number 8 may have recovered from the exertions of the semi-final win over Argentina. 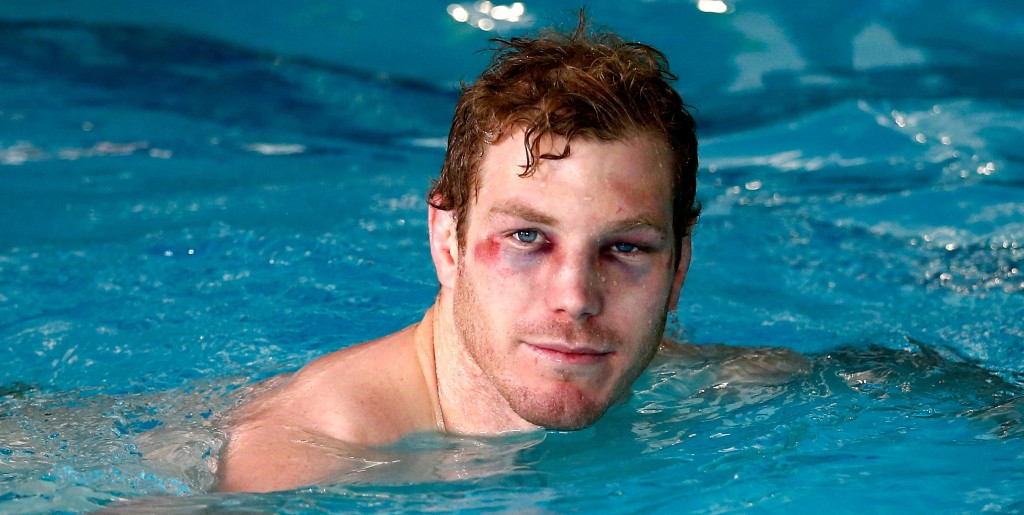 END_OF_DOCUMENT_TOKEN_TO_BE_REPLACED

Yesterday he went for a swim to recover but at today's press conference it was clear that the swelling around his eyes is not going anywhere fast.

The Wallabies wingmen Adam Ashley-Cooper and Drew Mitchell are scoring the tries but it is the likes of Pocock and Michael Hooper who are winning possession by sticking their heads where most of us wouldn't put a shovel.

His battle with the All Blacks legendary back-row of Richie McCaw, Kieran Reid and Jerome Kaino has the potential to be face-meltingly intense.

Don't worry, Pocock will empathise with you if your face does in fact melt.


popular
Man United could be blocked from playing in the Champions League next season
Ireland team vs. France: Form players rewarded and a welcome return
French media's opinion of this Ireland team becomes clear as vital clash nears
Eight players to watch in tonight's Sigerson Cup semi-finals
Clive Woodward happy to 'eat humble pie' after bold comments about Ireland
"I should have been more mature" - O'Sullivan's injury trail a cautionary tale for Sigerson casualties
Lionel Messi makes decision on Barcelona return
You may also like
3 years ago
Devin Toner on thoughtful Ronan O'Gara message after World Cup heartache
3 years ago
"It was a complete and utter shock when Joe's name came up on my phone" - Devin Toner
3 years ago
Sinckler a stand-out, but more consistency needed - Flannery
3 years ago
"We haven't got a long-term or short-term estimate of when Joey is back" - Stephen Larkham
3 years ago
House of Rugby team agree on seven players in World Cup 'Best XV'
3 years ago
Pieter Steph Du Toit locks down World Player of the Year award
Next Page