His hopes of making a return to Australia's National Rugby League (NRL) seem all but gone.

Australian rugby league star, Chris Sandow, has been arrested for a street brawl which took place in the rural Queensland town of Cherbourg.

END_OF_DOCUMENT_TOKEN_TO_BE_REPLACED

Sandow is an indigenous rugby league player who was once tipped to be one of the game's rising stars, winning rookie of the year in 2008 when he began his career with South Sydney.

His impressive performance for the side resulted in a lucrative transfer to Parramatta in 2012 where he was reported to be earning up to $500,000 a year. 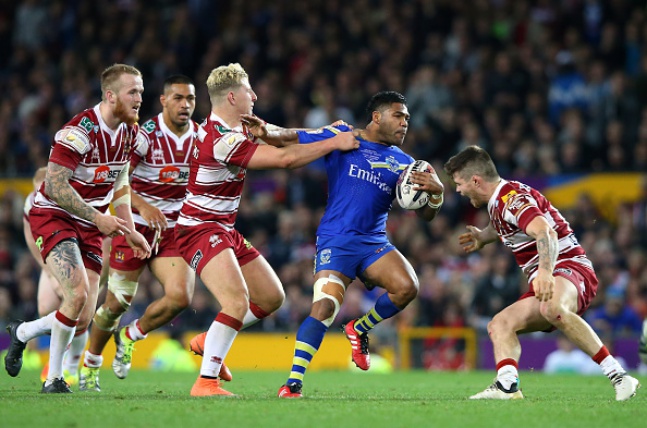 However, revelations of a gambling addiction and a number of rocky performances led the Queenslander abroad, where he signed for English based side, Warrington Warriors, in 2015, the Daily Telegraph reports.

His time in England wasn't without controversy either, he walked out on his contract with the Warriors in November, citing that he was 'homesick'.

And any ambition that Sandow had of making a return to the NRL seem to be over now.

A video has emerged of him involved in a New Year's Day street fight which you can see below. 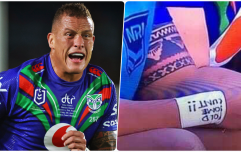 END_OF_DOCUMENT_TOKEN_TO_BE_REPLACED

The same report states that the fight was sparked by an incident which occurred on New Year's Eve.

It is understood that a number of other brawls took place throughout the rural town of Cherbourg which is 260km north-west of Brisbane.

Queensland police released the following statement in relation to the incident.

“Police have charged a 27-year-old man from Cherbourg with public nuisance following investigations into an alleged incident. This is part of an investigation by police into an alleged ongoing disturbance which has occurred at Cherbourg on the weekend. As a result the man has been issued with a Notice to Appear in the Murgon Magistrates Court on January 10. Investigations are continuing,” a spokesman said.


popular
'Go and get a job' - Ronnie O'Sullivan responds to Shaun Murphy's amateur player comments
BT Sport release statement as Chris Sutton is denied access to Ibrox again
'Joe Schmidt would do wonders with the All Blacks'
QUIZ: Name these 42 Premier League players from the 2000s
Sean O'Brien praises "unbelievable" Robbie Henshaw after his winning return
"Never mind Plan B, put minors back up to u18" - Conor McManus hits out at new age-group rules
Pundits criticised by scientists for linking player collapses to vaccines
You may also like
2 years ago
Rugby League star dislocates kneecap and slaps it back into place to continue playing
2 years ago
Tony Adams has found his next job, in Rugby League
4 years ago
One simple diet change credited for helping rugby side to league glory
4 years ago
Devastated club legend Leon Pryce reacts to news of Bradford Bulls' liquidation
5 years ago
VIDEO: Fight breaks out on pitch after rugby league's Million Pound Game
5 years ago
WATCH: This young woman's sheer dedication to calling the ref a 'tosser' is oddly admirable
Next Page