"I was genuinely bleeding to death, and it took my friends to stop it" - From death's door to a World Cup winner

"I usually try to find some underdog story, but we are so ready, so well prepped and drilled that we have that absolute belief that we are going to win it."

There were joyous, emotional scenes as the English players took in the enormity of their achievement, in front of a record crowd of just under 5,000. 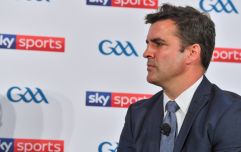 END_OF_DOCUMENT_TOKEN_TO_BE_REPLACED

In the midst of it all was James Simpson, a World Cup winner 13 years after he lost both of his legs, above the knee, to an Improvised Explosive Device, during a tour of duty with the British Army, in Afghanistan.

Simpson hails from Leeds - home of Leeds Rhinos - and grew up playing rugby league but recalls, "All I wanted to do, as a lad and growing up, was join the army.

"I just wanted to get out of where I lived, go somewhere new, do all these different things and challenge myself. I did just that and joined the army, at 17."

Six years later, Simpson was on his second tour of duty in Afghanistan. His unit visited a village where a medical team was setting up a clinic for the locals. "We had taken some grain over, some quad bikes and some engineers to help build the clinic.

"We were on the way back when I triggered an Improvised Explosive Device that was buried in the ground. That exploded instantaneously and I lost both my legs, above the knee, had injuries to my arms and hands, and a few other places." 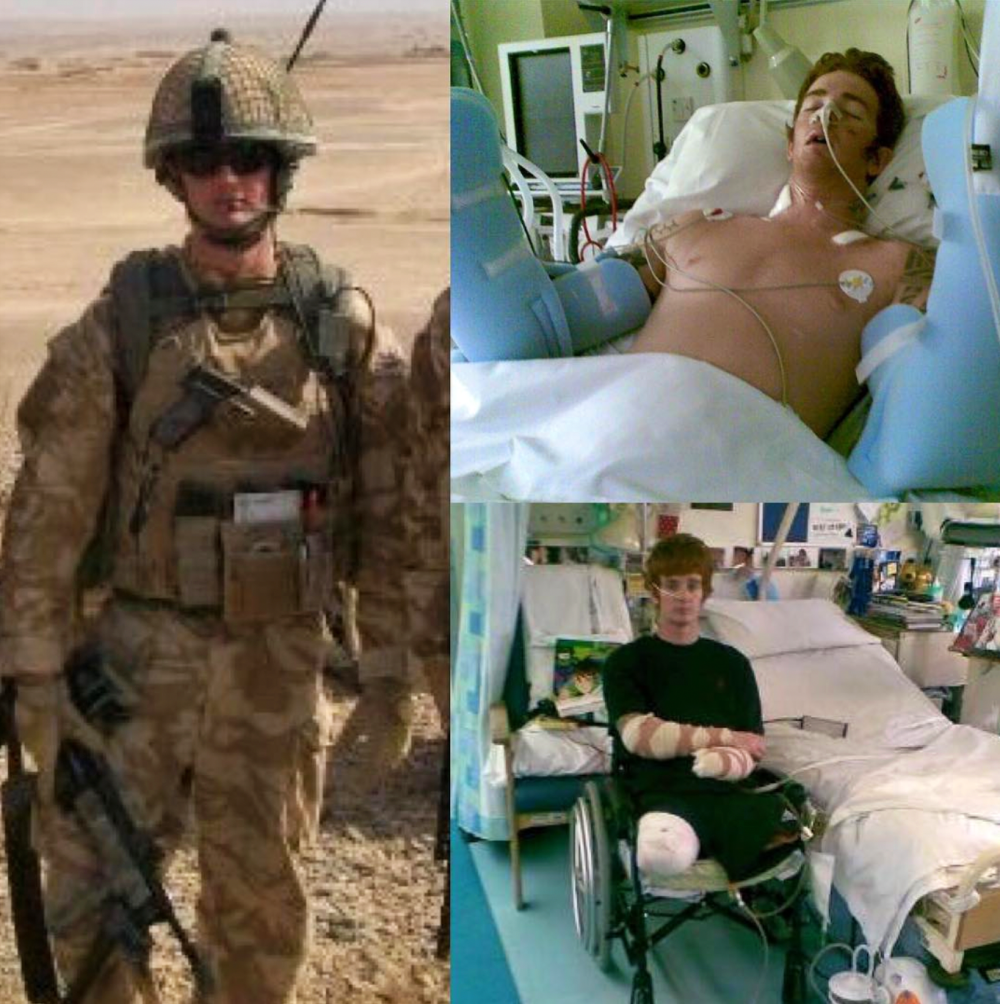 "I remember a lot of the incident," James Simpson continued.

"I have fragments and then people have told me stuff that triggered memories. Up until that moment, I had worked on other casualties. The guys with me had, too. It wasn't something new; it was something we had experienced before.

"We have a thing called the Golden Hour - if you can get to hospital within the hour, you have a much better chance of surviving. But we also have a thing called The Platinum Three Minutes - with a catastrophic haemorrhage, you will die in two to three minutes, from bleeding to death. It's that simple. So all that three minutes is, is just plugging holes. Just putting fingers in holes, if you have to, to stop people bleeding to death. You don't think of anything else in those first two, three minutes other than stopping that catastrophic haemorrhage.

"For me, when I first got injured, it was just about laying there and letting my mates do what they could to stop me from dying, really. Your body is in total shock - it has just been smashed to pieces - and you start wavering because you're losing a lot of blood, and our body is flooding with adrenaline, so you start wavering a bit."

Simpson told himself - tried to convince his wavering mind - that if he did pass out, he would wake up in the military hospital in Birmingham. This would not be the end. He would open his eyes in Birmingham, not some great, unknown beyond.

"It isn't really a nice thing to think... when I say it to people, it sounds like I'm quite blasé about it, but it was 13 years ago. Nearly 14. But, literally, I was genuinely bleeding to death, and it took my friends to stop it."

'I learnt a whole new way of living'

As he was lying in Afghanistan, bleeding profusely and telling himself he would wake up in Birmingham, James Simpson had his squad-mates and friends working desperately to stop that outward gush.

"We had these big stomach dressings, that you put on gun-shot wounds to the stomach, and wrap it around. We learned - because there were a lot of explosions and I.E.Ds, at the time - that you could put that over whatever was left of the limb and just masking tape it on.

"All this 21st century medicine, and we had found that you should just put this dressing on and just wrap around it with black masking tape. That's what they ended up doing for me. Like, that's for the hospital to worry about when you get there. At the moment, we're just stopping you bleeding to death. Yeah... I was close."

Three years after the explosion that nearly took his life, Simpson was with friends at BOXPARK, in London, when he took in a wheelchair basketball game at the paralympics. He was hit with the sensation that he needed to get back into sport.

"Not just the sport itself, but I was 23 and suddenly left with these new disabilities. It was a whole new life for me now, and I had to figure out the new me. I found that, by getting into disability sports, I didn't just find that outlet, I found how to navigate the world. I met amputees who had been amputees from birth. I met guys that were half my age that had been in wheelchairs for so much of their lives, and could do things that I couldn't do. I learnt a whole new way of living."

Simpson says he also gained 'confidence in my disability'. Before, he had covered up his legs. After getting into wheelchair sport and meeting others like him, he started to wear shorts. 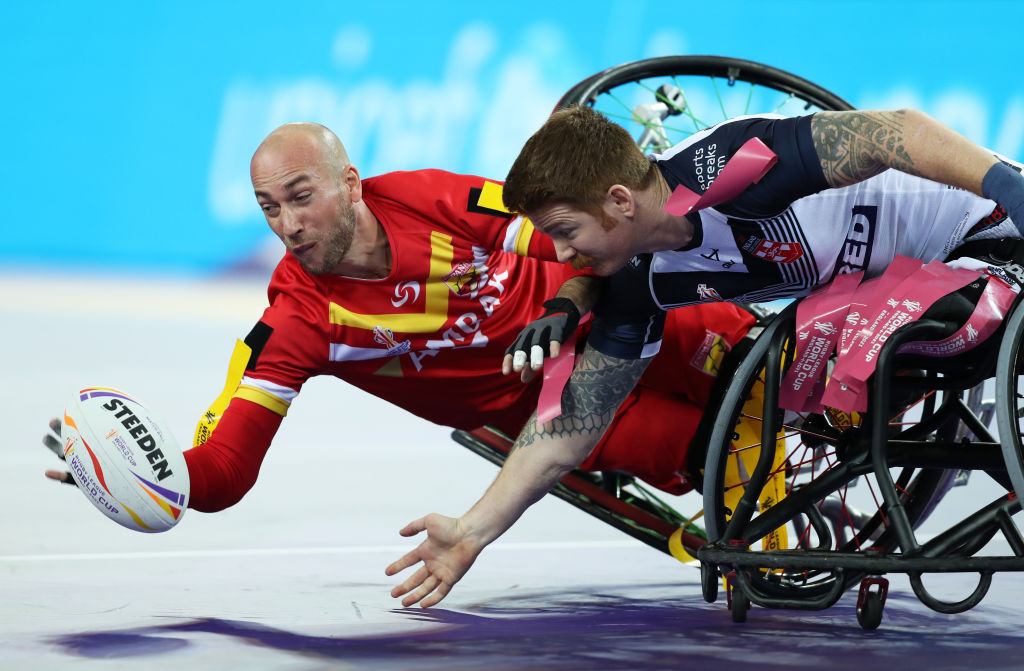 David Berty of Spain is tackled by James Simpson of England during the Wheelchair Rugby League World Cup Group A match, at Copper Box Arena. (Photo by Henry Browne/Getty Images for RLWC)

'What is this? I want to get into this'

James Simpson also credits his family and their collective - This has happened, so here's what we're going to do - spirit for helping him get over such a huge traumatic incident and start focusing on a new direction in his life.

"I learned, early on, when I had a shit moment, to let it go over me.

"One I really remember was being in a hospital and there were three disabled toilets, but they were all in use, and I really needed a wee. I tried to get a normal one but I couldn't get my wheelchair in. I got really frustrated, and saw red... I was banging into the edge of this cubicle and said to myself, 'What am I doing here?'

"So I let myself just sit there and basically burst into tears, through frustration and being overwhelmed, and I just let it all out. Then I was like, 'Okay, I've done that but I still need a wee'. So I slowed down, jumped out on the floor, pulled myself up on the toilet seat, closed the door and had a wee. I had that moment and it was like, okay, let's go."

Our talk with Simpson took place, with thanks to Reign Total Body Fuel, just days out from the start of the Wheelchair Rugby League World Cup.

"I'm a product of what came out of London 2012. I was inspired by those amazing games that we watched. I want the next generation of players and fans, but especially players, to go through what I went through... seeing wheelchair rugby league and saying, 'What is this? I want to get into this'. I'm hoping the next stars of the game are not even playing it yet and, when they see it, they want to get involved in it."

Friday night at Manchester Central, and James Simpson was joined by the family, friends, coaches and teammates that had helped him find that new direction in life.

It is not the life he had envisioned, growing up back in Leeds, but it is a life that is now inspiring so many, in England and beyond.