"Tom Youngs absolutely hates me for it, as you can imagine, being from farming stock."

We are in the midst of what many - especially those on a 2020 health kick - are calling 'Vegenauary'. That means forgoing a regular diet that includes the daily consumption of meat and other meals containing animal by products and embracing a full-on vegan diet.

END_OF_DOCUMENT_TOKEN_TO_BE_REPLACED

While some will see out the month of January and go back to their meat-eating ways, others may find the benefits of their new diet and incorporate veganism into their day-to-day. By doing so, they will be following in the path of sports stars such as Serena and Venus Williams, Chris Paul, Hector Bellerin, Lewis Hamilton, Novak Djokovic and Chris Smalling.

While that diet may work for certain individuals, others are dipping their toes into veganism and using it to vary their weekly diet. Embracing a vegan diet means no meat, no poultry and no dairy. Not even eggs.

On the latest episode of House of Rugby UK, Leicester Tigers and England star Ellis Genge told host Alex Payne and James Haskell about his recent switch to veganism. 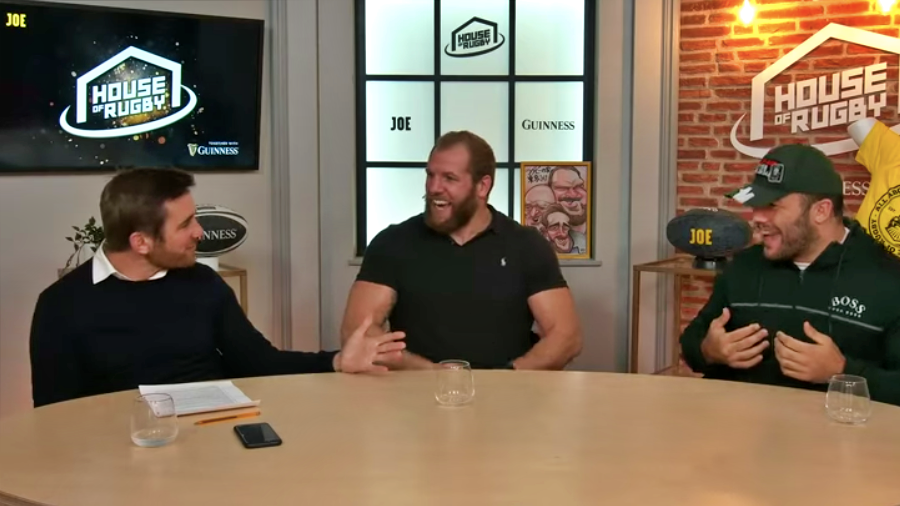 After watching the Game Changers movie on athletes, such as Djokovic, Paul and Hamilton, switching over to a vegan diet, Genge decided to look into it more and consult the nutritionist and doctors at Leicester.

"I watched Game-changers and then I watched the debunking of it. Then I watched the debate on it and I came to the conclusion that... I looked at the blood reports on it and if I want to operate at my highest capacity, if I'm banging loads of beetroot and my blood is a bit clearer, then that's the way to do it.

"So I eat red meat on Monday, Tuesday, white meat for two days, then two days vegan and whatever I want on the last day [usually Sunday]."

END_OF_DOCUMENT_TOKEN_TO_BE_REPLACED

Haskell, who fully approves of Genge varying up his diet, notes that swapping full-on to veganism will not necessarily suit everybody but he notes that anyone intending to switch needs to have their bloods done. "You have to work out what you might be susceptible to," he says, "because if you go full vegan you may have to supplement stuff that you don't get [from your new diet]."

Genge is a fan of Mixed Martial Arts and one of the leading names in that sport, Nate Diaz, has been a vegan for a number of years. In a Men's Journal interview back in 2016, Diaz said, "Who's the real beast? [Eating predominantly raw and vegan] is more savvy and animalistic than anything. If anything, meat's gonna slow you down."

Genge has only made the diet alteration in the past year so it would be interesting to hear more from the prop about it in the coming months to see if he is getting the full benefits of stepping away from the full carnivore diet.

On the latest episode of House of Rugby, Alex Payne and James Haskell are joined by England and Leicester Tigers prop Ellis Genge, who talks about player loyalty, coming from a working class background and his vegan diet.


popular
"This game is going to get abandoned" - Mass brawl between Kilcoo and Burren results in six red cards
"He'll have the best seat in the house" - emotional Mageean pays tribute to late great Kiernan after the race of her life
Quiz: Which player has scored more goals for Ireland?
Teddy Sheringham says Roy Keane didn't speak to him for three years at Man United
Court hears cringeworthy poems Ryan Giggs wrote to his ex
Your guide to a huge weekend of sport and how to watch it all
Kylian Mbappé wants to 'dismantle Argentine Republic' at PSG
You may also like
1 month ago
Join our ultimate sports quiz in Dublin for a chance to WIN a trip to a Premier League game
4 months ago
Join Munster legend Billy Holland for this free mortgage masterclass
6 months ago
[CLOSED] COMPETITION: WIN a two-night stay at the luxury Trident Hotel in Kinsale Harbour
8 months ago
Here's where you can find some incredible deals on exercise machines in 2022
8 months ago
WATCH: This clip shows just how amazing amateur clubs in Ireland really are
8 months ago
Pieta and Shane Carthy encourage people to take part in #HopeOverSilence this Christmas
Next Page