USA took on Tonga in a low-key clash at Hanazono.

With typhoon Hagibis grabbing all the headlines surrounding the World Cup at the moment, it was up to these two teams to fight it out for pride and bragging rights before their fans who braved the poor weather to watch the game. This was the first of three games given the go ahead for Sunday with Namibia v Canada called off due to unfavourable conditions.

USA came into the game having lost nine straight World Cup games and Tonga meanwhile, were also searching for their first win at this tournament having narrowly lost to France in their previous outing.

The game kicked off after a sombre moment of silence in light of the recent typhoon victims.

A moment's silence is observed ahead of #USAvTGA in solidarity of everyone affected by Typhoon Hagibis.

The typhoon was one of the largest and most powerful to hit Japan in recent years, causing significant damage, disruption and, sadly, loss of life. #RWC2019 pic.twitter.com/4cwCuKSINv

END_OF_DOCUMENT_TOKEN_TO_BE_REPLACED

17 minutes into the match and it was Tonga who grabbed the lead – Fisi’ihoi hurled over the line to garner five points before the conversion was added for a 7-0 score.

Five minutes later, USA duly responded as Mike Te’o grabbed a neat offload from Cam Dolan before touching down under the posts. The added conversion brought up a score of 7-7.

26 minutes in and the USA built on their brilliant fightback by taking the lead after Te’o was found with a pin-point long pass out wide before scoring. AJ McGinty missed the conversion.

Halftime arrived ending a frantic first half with the USA doing well to take the lead despite having less possession, less territory and carrying less than their opponents. 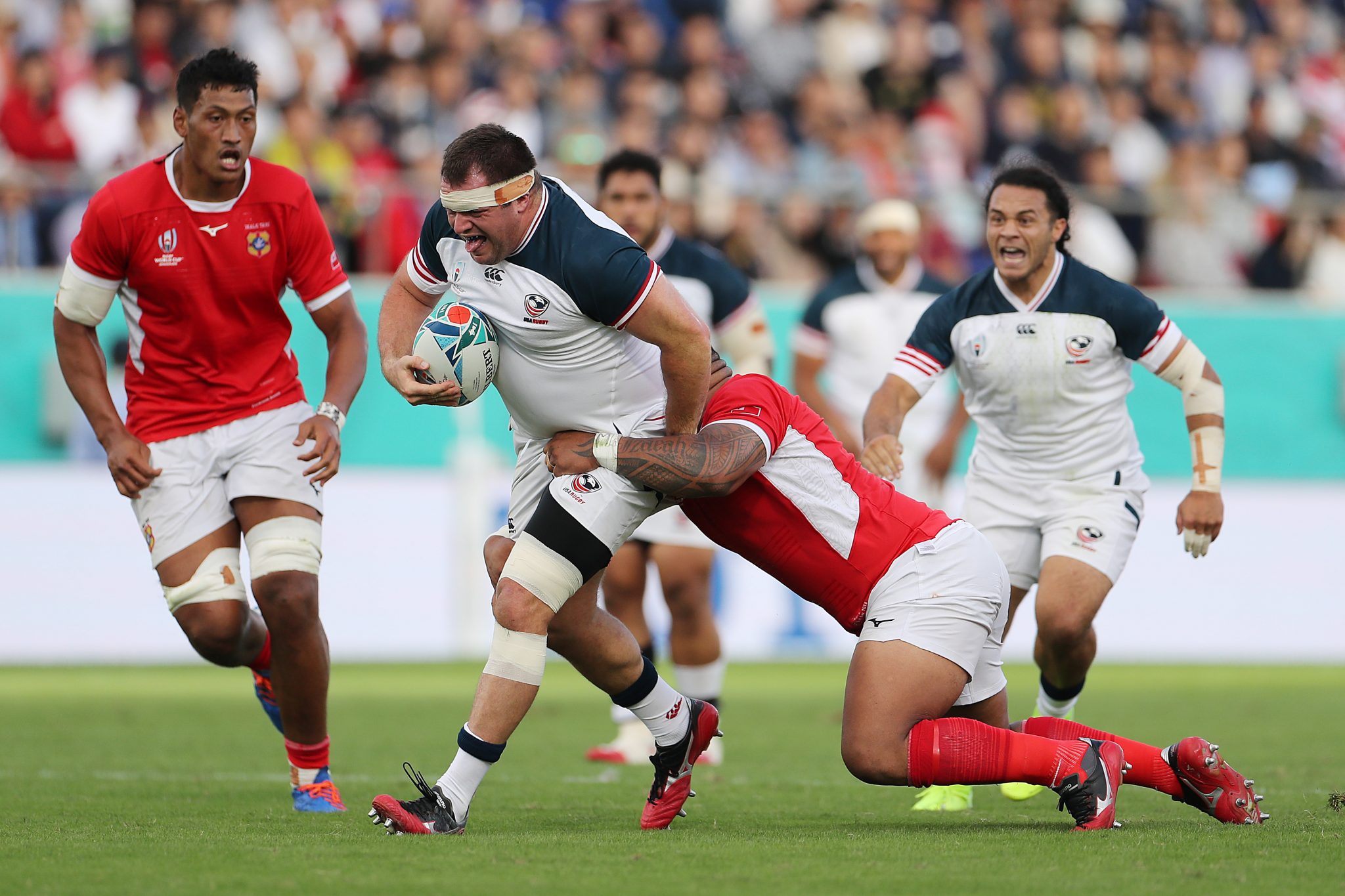 END_OF_DOCUMENT_TOKEN_TO_BE_REPLACED

The second half kicked off and eight minutes in, Tonga had a penalty – Takulua made no mistake as the deficit was cut to two points.

58 minutes in and Tonga took the the lead for the second time in the game courtesy of a try from Hingano. Veainu cleared most of the US defence with an overhead kick before Hingano eventually gathered to finish off a quick move. The conversion was missed for a score of 12-17 to Tonga.

Entering the final quarter, Tonga pulled away as skipper Siale Piutau got in on the act to score a momentous try in his last ever game. Faiva grabbed the conversion as Tonga took a comfortable lead.

77 minutes in and the it was the USA's turn to get on the scoresheet – Lamborn was the guilty party before McGinty smashed home the conversion for a tense score of 19-24 to Tonga.

In the 80th minute, with seconds left in the game, Tonga secured the result after Veainu pounced on a grubber to score the decisive try. With the added conversion, the final score read 19-31 to Tonga. 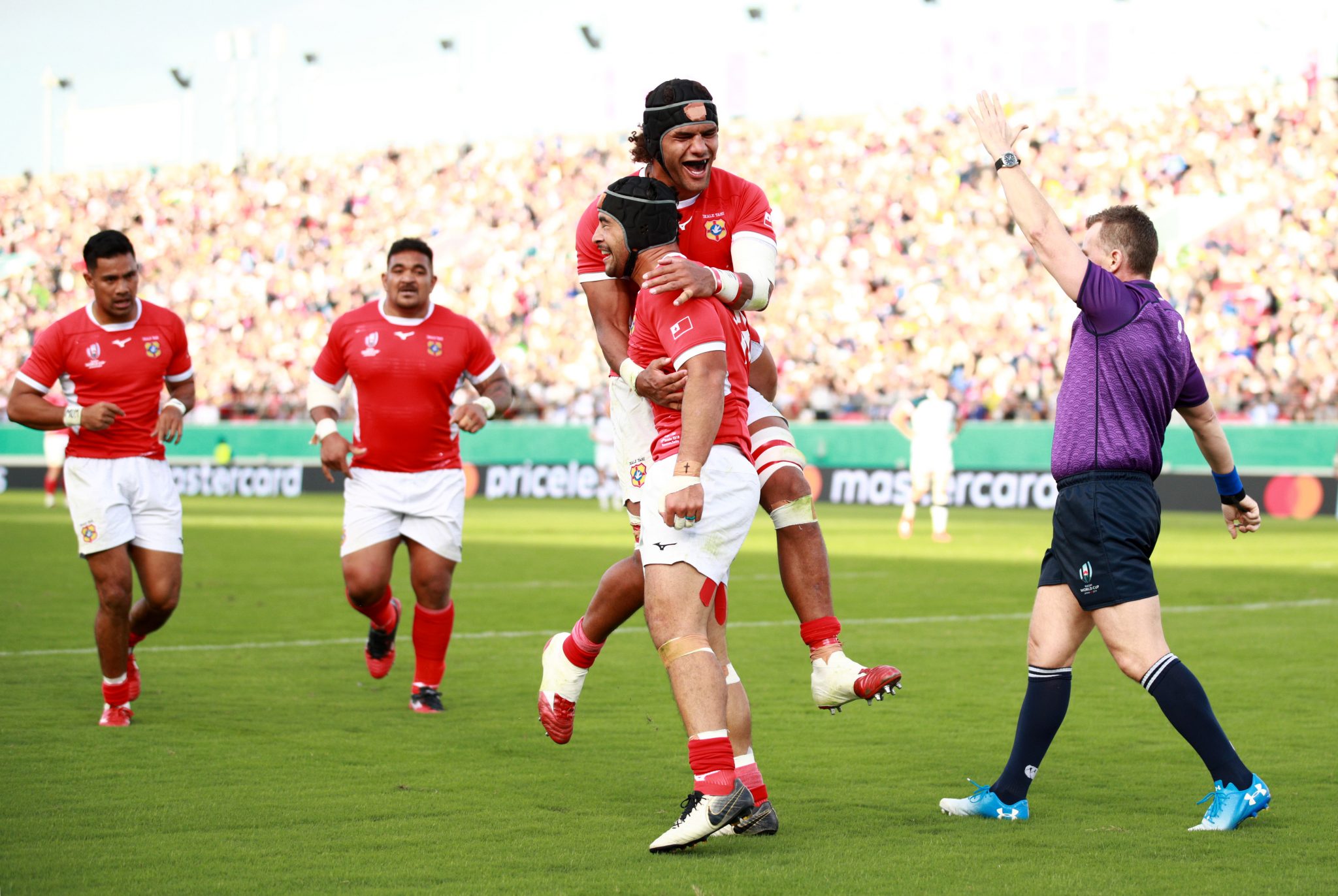 And so it finished at the Hanazono Stadium with both sets of fan being treated to an end-to-end, dramatic game. Tonga did well to secure the win today maintaining their record of notching up at least one win in every WC going back to 2003.

The USA meanwhile have lost their 10th WC game in a row but their performance was spirited and they've done their fans proud with today's performance. AJ McGinty in particular has seen his profile boosted after completing some impressive performances in the tournament and they can only hope to keep building, working and training to return stronger in four years' time.


popular
The four stone-cold certainties for All-Stars even as early as this
"He's actually smiling putting the ball over the bar. He should nearly be fainting." - Ryall on Limerick's legacy
Eamon McGee just couldn't help himself with Armagh-melee tweet
Gavin Coombes one of four Irish players to push themselves into Test picture
"The economy was one of the big reasons" - Cadogan's move from an electrician to personal training
Full Ireland player ratings after Maori All Blacks teach us an early lesson
Kylian Mbappe reportedly wants PSG to sell Neymar